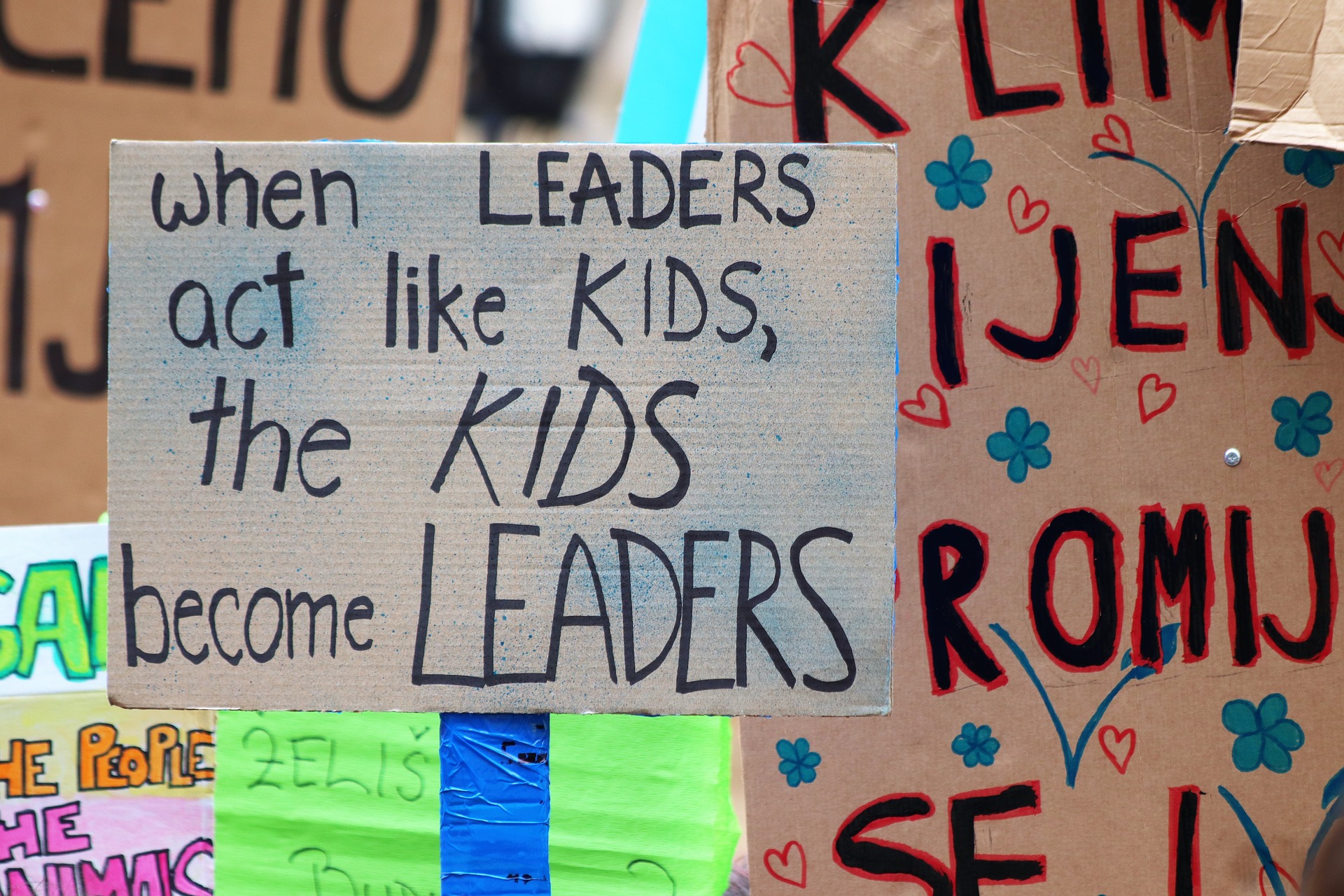 On the International Day of Youth, World Moms Network – Senior Editor, Purnima from India, met with a few young high school students. Read on to find their take on the state of affairs of the world, their life ahead in times of this pandemic, their passion, their ways of achieving their dreams and goals, and generally trying to have a positive perspective towards the world and their life.

My passion is writing. I am excited about creating a whole new world that can fit into a reader’s head. I am passionate about global unity. I want to promote diversity among religion, race, and more.

I love data science, especially the field of artificial intelligence. I would love to implement this into business, as I’m also interested in becoming an entrepreneur. Despite the challenges that may come, I am determined and will work my way through.

One thing I would definitely like to see changed in this world is parents no longer making their children’s major decisions. Especially in India, many parents put a lot of pressure on their children to, (for example), take up a certain subject to study in the future, impeding the child from doing what he/she is really passionate about, just because the parent thinks it’s ‘not going to work out’.

I totally agree, that parents know what is right and what is wrong and that their children should respect that, however, sometimes there is no ‘right or wrong’ decision when it comes to a child’s major decisions, after all, it’s impossible to see what the future will bring. Nevertheless, I believe that it’s not up to a parent to decide where their child’s success lies, but for the child to prove that their success is where they want it to be.

What I am about to say might sound ridiculous, but just like we children go to school, I believe that parents also need some form of education to become better parents and respect their children’s opinions and passions. Parenting is already a hard task in itself, especially when the child grows up and starts to become rebellious and doesn’t want to do what the parent wants them to do. But through education, parents could, maybe, be able to understand what their child is really interested in, and rather than pulling them away from it, help them to achieve their goals.

I love art. When I come up with new ideas and implement it, I feel satisfied after looking at my output on how creative, hard-working, and concentrated I was toward my artwork. Sometimes when my artwork looks very similar to the one I had in my mind, I’m on cloud 9. I would say that my heart lives to achieve my goals, ambition, and also my cravings toward my likings like chocolates, desserts, and also ice creams.

I also want to change the healthcare policy to a better one providing adequate and necessary treatment to all who arrive at any hospital, be it rich or poor. I want to do this because not everyone in this world is getting proper medical treatment because it is expensive.

My passion is to share love by indirectly helping others in need especially. Spending time with people I love and who love me back gives me joy and peace. My heart lives for the new experiences I experience every day.

I want to be a lead guitarist. I love playing and feeling guitar against my body. I am very excited about changing the string in my guitar. My heart lives to bring music to every corner of the world.

Everyone should have a voice. I want to see everyone happy smiling. My heart lives for doing what I love.

I want to eliminate discrimination and hate from this world. It’s very taxing to even think about this.

I’m currently working on collecting suggestions on an app called Tumblr which is a microblogging platform. Once I have collected enough ideas, I hope to start a Kindness Challenge; where each day we can represent ideas or do something as simple as baking a cake, giving a compliment or speaking to an old friend.

I would like for abusing to stop. I am going to strive for the Heartfulness movement to spread throughout the world and prioritize spirituality, love, kindness and togetherness.

These kids have started with a thought, put words into their ideas, are leading engagement in their community. They encourage action among adults, and lead transformation.

Special shoutout and gratitude to Mrs. Ushma Sriraman, who leads the Value-Based Education department of the Lalaji Memorial Omega International School, for her cooperation, coordination, and for her virtual hugs!

MADAGASCAR: 16 days to say NO to gender-based violence 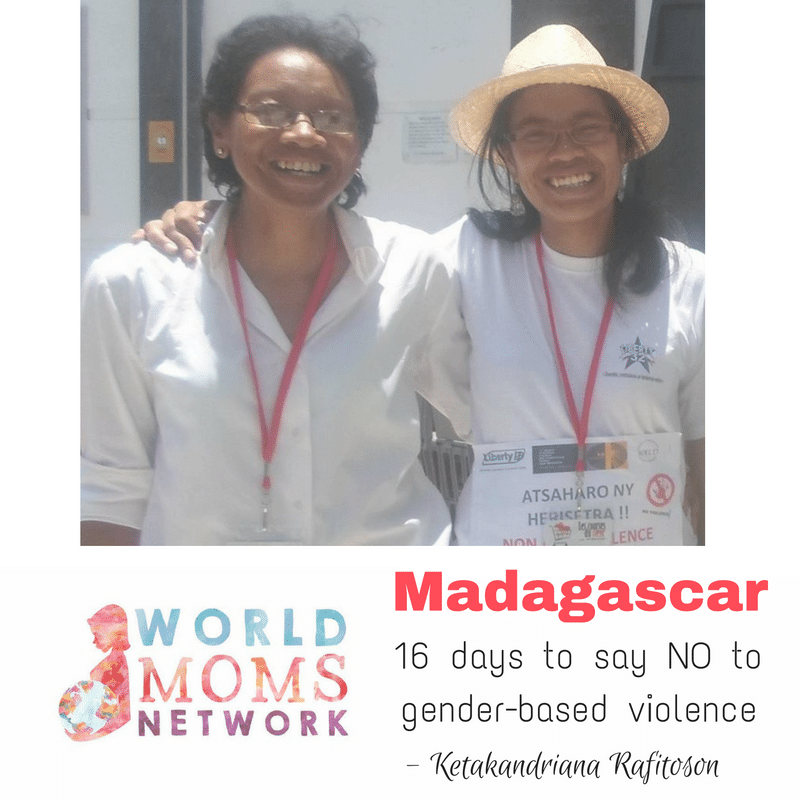 Did you know that each year, there are 16 days dedicated to the fight against gender-based violence? Starting from November 25 (International Day for the Elimination of Violence against Women) to December 10 (Human Rights Day), millions of activists around the world join this campaign, plan actions and speak up to break the curse of violence in their societies.

First launched in 1991 by the first Women’s Global Leadership Institute, the “16 Days Campaign”, as it is usually called, is coordinated by the Center for Women’s Global Leadership, in partnership with Rutgers University. The event is supported by UN Women and other international institutions aiming at the fulfilment of the Sustainable Development Goal (SDGs) #5: Achieve gender equality and empower all women and girls. The fact is that there can’t be any form of empowerment if girls and women still face violence. Women must first be freed from the heavy burden of violence, which impedes all attempts of (r)evolution.

What is gender-based violence? According to the Convention on the Elimination of All Forms of Discrimination Against Women (CEDAW), Gender-based violence is “violence that is directed against a woman because she is a woman or that affects women disproportionately” (CEDAW GR 19, Article 3 Istanbul Convention). And in its Declaration on the Elimination of Violence Against Women (A/RES/48/104, article 2), the UN General Assembly identifies various forms of violence, as per the following:

“(a) Physical, sexual and psychological violence occurring in the family; including battering, sexual abuse of female children in the household, dowry-related violence, marital rape, female genital mutilation and other traditional practices harmful to women, non-spousal violence and violence related to exploitation.

(b) Physical, sexual and psychological violence occurring within the general community, including rape, sexual abuse, sexual harassment and intimidation at work, in educational institutions and elsewhere, trafficking in women and forced prostitution;

(c) Physical, sexual and psychological violence perpetrated or condoned by the State, wherever it occurs”

This list has certainly evolved since 1993, especially with the advent of social media and new communications technologies which open the door to new forms of harassment. Strategies developed to tackle this curse must evolve along the same lines.

In Madagascar, domestic violence is one of the most widespread types of gender-based violence and is considered a social taboo. Traditionally, each bride-to-be is advised by her mother or grandmother to remain silent, whatever might happen in her marriage. Women are told that what happens in the bedroom and at home must remain there. My own grandmother, whom I love and cherish, told me that “Marriage means sacrifice. Your husband may do things to you (we never name the evil in Madagascar), but just bite your tongue and everything will be fine.” Thankfully, my husband is not that kind of man, but I still feel it is my duty to stand against this curse and to help the unspeakable to be spoken.

Our first project with the 16 days campaign dates back to 2013. We wrote and produced a short film called “Lettre Femme” (a French pun meaning at the same time letter from/to a woman, the female being, or simply a woman). We shot the film at my mom’s house, featuring my friends, who generously volunteered to participate. Last year, we launched the Malagasy Women’s Manifesto Against all Sorts of Violence through a petition. This year, we plan to organize a variety of trainings about nonviolence.

It is a tragic fact that many Malagasy women are convinced that they deserve some kind of violence from their partner. “If he beats me, it’s because I’ve done something wrong. It’s my own fault.” Even worse, women (mothers mainly) are the ones who help perpetuate this violence – by silencing their girls and normalizing the belief that violence is part of marriage. Our whole society needs to be educated in order to eradicate violence, and this struggle must start in every household. Teach your boys to respect women – this is the message we have to spread to all parents.

If you are interested in joining this year’s official 16 Days Campaign, please click here. You’ll find all the information related to the event, a Toolkit for Action as well as the communications templates that you can use. Register your event and share it with the world so that we can show the world that women are united against violence. Remember, Unity matters! We shall overcome!