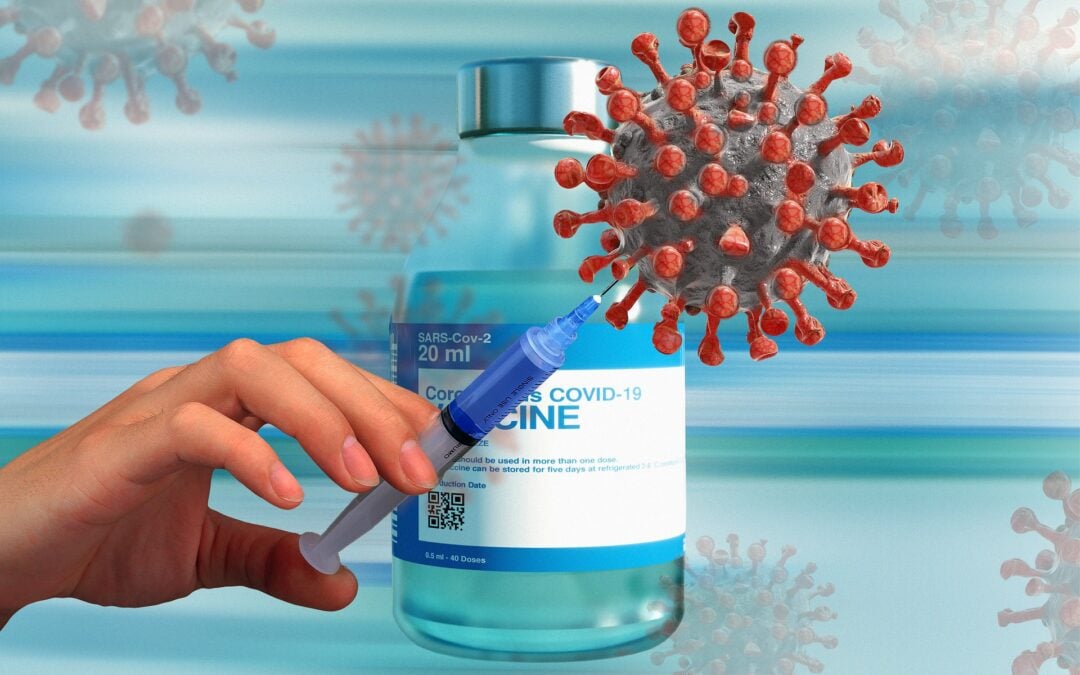 The United States is one of the few countries in the world providing the COVID-19 vaccine for anyone who wants it, yet our vaccination rate stagnates around 49%. America has lost precious ground against misinformation. What can we do to convince vaccine-hesitant and vaccine-opposed people to get immunized?

For early COVID-19 vaccine adopters, it’s baffling that anyone would refuse a solution to a disease holding the world under siege. The choice to immunize is so obvious to some that they heap insults on those who choose not to vaccinate instead of trying to understand how to change minds. I’m no behavior expert, but I’m certain that demonizing an audience is not a convincing strategy to change behavior.

Personally, I wrestle with two questions:

Why would anyone oppose a life-saving vaccine?

How can we change their minds?

To help us better answer these questions, my friend Bernadette shared her story. Now a proponent of vaccines with grown children, she was once a young mom planning not to vaccinate her baby.

SETTING THE STAGE FOR VACCINE HESITANCY

The first part of understanding Bernadette’s early vaccine suspicions is to know that her first pregnancy at 19 years old resulted from an act of violence. Young and vulnerable, she fled from a friend who had suddenly become an abuser.

She sought medical care from four different obstetricians, but as a single, low-income mother, she received little compassion for her traumatic history. The dismissive attitudes of male doctors eroded her trust in traditional medicine.

She eventually decided on an illegal home-birth with “underground” midwives because she feared her abuser could find her at a hospital. Bernadette recalls, “The midwives were the first people to ‘hear me.’” They gave her excellent advice about nutrition and childbirth.

The competence and kindness of these caretakers primed Bernadette to accept that the medical community was not all-knowing. Unfortunately, these particular women also gave her misinformation about the pertussis (whooping cough) vaccine. It’s important to note that midwives are valuable, trusted birthing partners around the world and often support immunizations.

When her baby girl was born, Bernadette still wanted to provide the best protection she could. So she took her daughter for vaccines. It horrified her when a lump the size of a walnut appeared at the injection site of the first shot. The follow-up shot caused an even bigger lump. Even though lumps are a common side effect, it convinced Bernadette that her midwives were right in opposing vaccines. She added her voice to those expressing mistrust about immunizations.

Eleven years later, Bernadette was pregnant with her second child. This time, with a loving husband and health insurance, she looked forward to consistent care for the new baby and her daughter. However, she still distrusted vaccines, and brought that attitude with her to interview doctors.

That’s when she met Dr. Patricia Wolff, a highly respected St. Louis pediatrician. Bernadette remembers her as respectful and unflappable with a wry sense of humor. It was a very impactful conversation. She says, “She didn’t seem like she was standing four steps above me. We were having a discussion. She wasn’t trying to make me submit.” Bernadette wanted to work with this woman!

Dr. Wolff told Bernadette that she wanted to work with her, too. However, for the safety of her current patients, she wouldn’t be their doctor unless Bernadette agreed to vaccinations. Dr. Wolff didn’t show anger at the anti-vaccine position, only disappointment. Bernadette’s desire to work with Dr. Wolff won out. The doctor was flexible enough to alter their vaccine schedule, so the kids only received one shot at a time.

When Bernadette talks to anti-vaccine folks in 2021, she feels a reluctant kinship. She remembers the temptation to dig into a position when others belittled her intelligence. It was empowering then to think, “I know something those so-called experts don’t know.”

She believes the speed with which COVID-19 covered the globe contributed to helpless feelings. People act illogically, faced with helplessness and fear. Nobody wants to feel ignorant or out of control. They can’t control job loss or ventilator supply, but they can control whether they get a needle in their arm or wear a mask. She sees their hardened beliefs and notes, “Once you take a stand, it’s hard to reverse because that would make you look and feel stupid.”

What can we learn from Bernadette’s experiences as we talk to people who mistrust the COVID-19 vaccine?

I noticed themes of listening and respect. The midwives were the first people to hear Bernadette. The doctors who wouldn’t listen made her feel small and ignorant. Why would she trust them over the women who took the time to care for her emotions and her body?

Dr. Wolff listened to her. It didn’t cost the doctor anything but time, but she gained trust. Far too many people in Bernadette’s life were condescending and dismissive when she longed for validation and respect.

Trust was the element that caused Bernadette to change her mind. Once you stoop to ridicule or insults, there’s no trust in the relationship. If you make fun of others, they can dismiss you. They no longer see you acting like someone with their best interests at heart. You go from being a friend and resource to “one of them.” The response switches from “I’ll hear her out because I respect her” to “I don’t care what she says.”

Dr. Wolff didn’t berate her potential patient. With compassion, she denied services based on the safety of her patients. She was accommodating, but never compromised the protection of children under her care. We can be firm without being hateful.

PUTTING LESSONS TO THE TEST

After talking with Bernadette, I reached out to a vaccinated friend who hadn’t taken her 12-year-old for his COVID-19 vaccine. I recognized her desire to protect a child was the same reasoning that led me to vaccinate my kids. Focusing on that common emotion helped me speak less and listen more. Shortly afterward, I received a message from her saying that her son received his first dose!

Of course, not all conversations will go that smoothly. Yet I hope others might find inspiration here to help start the hard conversations. Lives depend on it.

This is an original post for World Moms Network by Cindy Levin. Featured image by Gerd Altmann from Pixabay.