Advice for the First Bird Leaving the Nest 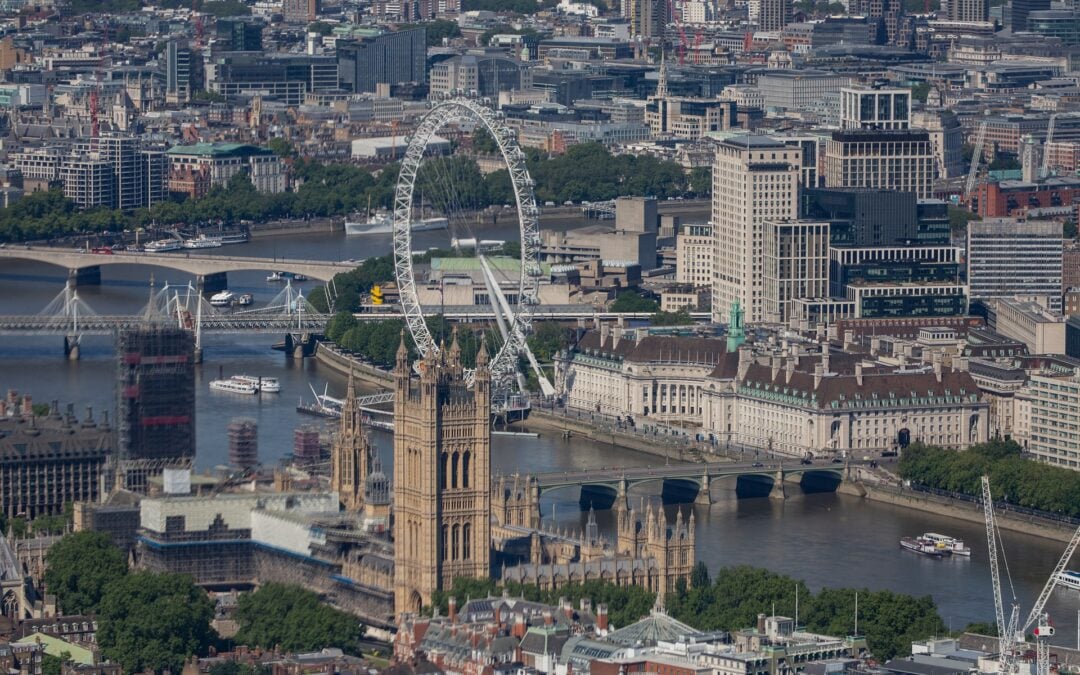 Years ago (many years but not many many), I headed to London to start University at the age of 18. Moving from Riyadh, where I was accustom to always asking permission from my parents before going out, having a chaperone with me in the car with the driver, and living my life as a little cog in a beautiful machine of family bonds and obligation for the priceless gift of a built-in support network.

Then suddenly I’m in London, freaking out at my sister for expecting me to take a cab home alone when I wanted to leave dinner early. It was a rude awakening, but I adapted quickly. It took one trip back home after feeling helplessly homesick to realize that home was there, very much the same as I had left it. And that was the beginning of my love story with London.

Today I look at Saud, my 18-year-old son, getting ready to go live in London, and I am sifting through my experiences to find some wisdom to give him. Some grain of truth that is still true today. Except I cannot find any that would be useful to him.

Is it because he’s a boy/man?

Is it because he went to an American coed school and interacted with many different people from different backgrounds?

Is it because the world has become a fishbowl with the same exact references, musical preferences, and lingo?

If I knew then what I know now, it would be utterly useless as well. There is equally more and less to be scared of. Or just different things to be scared of. For me, as a parent, I mean. He has the baseless fearlessness any 18-year-old boy has, going into the world.

I got married right out of University. And I had Saud before my first anniversary.

Having him at the age of 23 means my memories, feelings, and experiences of those 4 years in London are clear in my mind.

It also means that the lines blur in my head at times. Yes, I do know that I am preparing him for University, not myself. (My husband keeps reminding me.) But when I told my friend in London that I was feeling emotional about him leaving she said “because you’ll miss him? Or because you are jealous?”

Before I go on, I am designating this as my safe space to say how I feel, not how I will act. So reading on, do not worry that I will a) hold Saud hostage in Riyadh or b) enroll in his University (I think he genuinely is a bit worried this will happen).

I will miss this cog in the machine of our family that will leave a space we will all have to move and adjust to fill. He has a significant function in this machine. I don’t want to get used to him not being here. When one of my children is away on a sleepover or such, there is something odd about the rest of us there without them, like a car missing one wheel. I don’t know if I want to get used to missing a wheel.

On the other hand, I cannot forget the feeling of walking into places full of people who have no idea who I am or who my parents are.

The luxury of no one recognizing my name (because everyone knows everyone in Saudi) and asking, “How are you related to so and so?”

Or not having someone wall up to you to tell you they know your brother/sister/mother/cousin etc.

In London, you are just a person, in a class, with other people, and no one could care less.

For a brief moment, you are just ‘you’. You are not everyone you represent (if you come from a community with big family trees and tribal roots you will understand where I am coming from).

What I also am, maybe, a bit envious of is University. I do want to do it all over again.

My son put so much more thought into it than I did and wants to go back in time and make better decisions.

Granted, we were of the first generation of women of our family who studied abroad. Actually, that’s not true… My mother studied in Switzerland, and we had many women graduate from world-leading universities for generations. But we were the first in our small community, I guess.

There was not a calling behind me choosing my major. My sister went into “Visual Communications”, So I went into it because it looked fun.

I want a do-over. But with a time machine. I have no inclination to enroll, as a 41-year-old with a bunch of 18-year-olds.

I want to share with you the advice I gave my son for his first time away from home and ask you to share with me your advice for him. Although some of mine are based on our culture and religion, it does not mean the principle behind it does not apply elsewhere. At the core, we all want and need the same things. To continue to pray on time and with intention*. It took me a while to figure out that praying is for my benefit. That I need to pray, not have to pray. We begin to ask our children to pray with us at 7 and are expected to pray consistently from 9. It doesn’t always become a habit at that age, but it’s something we all do at the same time every day, 5 times a day. Eventually, it’s a habit. But the beauty comes when you do it with intention. The benefit of habit is exercising your ability to consistently do something every day of your life. How would that work if you applied the same commitments to other areas of your life like exercising or reading or work? The spiritual benefit is standing between God’s hands every day, 5 times and day, and opening your heart to Him. To leave any situation that goes against his values. I remember clearly being in a specific situation where people acted in ways that went against my values. And I just sat there. I want him to have the strength to leave when he’s not comfortable. This is the only time in his life he will be held accountable to himself alone. Before this, he was held accountable by the teacher and us, his parents. After this, he will be held accountable at work. Now it’s entirely up to him what choices he makes. There is a beauty in that freedom but also a responsibility. I want him to revel in it and at the same time not take advantage of it. To keep his apartment clean! Mostly because I plan to come by as often as possible and because it’s good life skills. I think there is no better indication of adulthood than a person who can keep their space clean!

And then my advice runs dry.

I have volumes upon volumes of advice I learned when I was a teenager. And I unfortunately still have to give my daughter.

Such as how to hold her keys between her fingers so she can punch someone and make it hurt if she’s walking home alone.

How to always have a friend tracking her location when she’s going home after dinner.

How not to leave a drink on the table un-watched if she goes to the bathroom in a crowded restaurant. But this is a whole other article.

What advice can you give my son before starting University this fall?

*As Muslims, we pray 5 times a day. While abroad for study or for work in a situation that does not always accommodate, we can pray some of the prayers together at one time for convenience. Praying is the foundation of our religion.