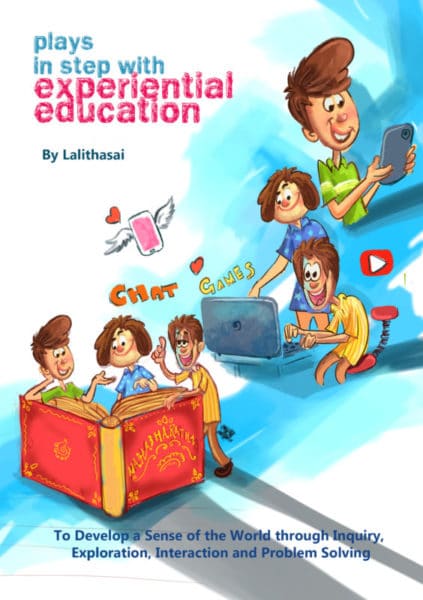 India: A New Journey as a Published Author of Children’s Books

Writing a book is a passion for few, an easy one for some, the most difficult exercise but which has to be done for a few others and for a chosen few, it’s a call from God.

Such people have no idea about the journey they would have to undertake to bring it out. Little did I know that I was among the chosen few by God to pen a book for children, when I began writing plays early this year. I realized that I was on a crusade only when I finished writing five plays for children (aged 8-12).

All the five were written for my nephew to enact in his school along with his classmates. Once the exercise was over, the plays chose a quiet place to rest – a folder in my desktop. They loved their cozy corner. Alas, their solitude was disturbed when a friend of mine surprised them by peering closely at them.

“They are lovely and not to be closeted like this,” he told me. I wondered whether he was being blandish. But, I realized it was axiomatic that I would reach out to the little ones.  As a messenger of God, I swung into action. I took it upon myself to bring them all out. I decided to neatly present them in good font and colors on elegant sheets of paper.

Once released into the computer, the letters and words ran amok on the pages as they had been in a lazy state for long. They had to be trimmed and tamed. This is where my expertise, of editing, writing, reporting and page making of 25 years, lent me a helping hand. The task before me was to take them along a defined path (going through the scripts) and lead them to a final destination, and give them a new home.

To ease my job, I introduced three protagonists to travel throughout the book. They took the words along a defined journey, all the while throwing light on different aspects of life in each play.

Their aim was to help children develop a sense of the world through inquiry, exploration and problem solving skills. In a few hours the protagonists completed their job. Lo and behold! The scripts were ready. The plays tumbled one by one neatly into the pages of a handy book.

The pages looked dull and the words clamored for a colorful look. I wanted to fulfill their wish and therefore sought the help of a popular illustrator – Mr. Kathiravan. After listening to me patiently for an hour or so, he asked me for a week’s time to complete his work.

Mr. Kathiravan’s work was brilliant. The words held his arm tight and he wove his illustrations in and out of them till they found their right place.

Now, they were all embellished and shone like gold. But, the words in the book held me tight and were too embarrassed to reveal themselves, in their new beautiful form, to anyone outside. I was proud of their new look and contemplated that time had come for them to be exposed to the world.

I nonchalantly told them that they had to walk out on a defined path in broad daylight. They smiled shyly and reluctantly agreed. So, my next job was to find a publisher. Here came the turning point.

My friend who was instrumental in discovering the plays from my computer came along. “Are they still not free? Why are you holding on to them?” he asked. It was then I decided to be a self-published author. I have done the writing, editing and even laid out the pages, so what am I waiting for?

Having convinced my friends (letters in the book), I went ahead with the printing. Holding the first prints was the best thing that had ever happened to me. It was a proud moment, not because I had achieved something, but because it was MY book. My work in a national newspaper for over 25 years was all about carrying and editing the prints to and fro from the press. I understood that it was from the walls and corridors of the newsroom, that I had derived the inspiration from. My daily routine there had turned out to be a fecund source of ideas.

I gave the final nod after going through a few rounds of printouts. I could hardly believe that it was over finally. The hours spent at the press were very fulfilling ones as they brought back memories of my newsroom.

I had left the warmth of the newsroom for adscititious reasons, driven not by indignation but because of itchy feet. I had missed it so much and therefore bringing out the book soothed my heart and did away with my yearnings. Finally, curtains were up and the month of August beckoned the bright blue book_ Plays: In step with experiential education.

September 9, 2019, was the grand finale when I launched my book in a public school. I had printed 1000 copies and I was amazed that all of them were sold or given away to friends and colleagues and peers in just a week’s time. Due to the growing demand, I am going ahead with the second round of printing.

I have also translated the book into our vernacular language – Tamil. I hope to reach  out to as many underprivileged children as I can. I am sure the almighty will stand by me in many of my future ventures.

The book has been designed to help children understand science, Indian mythology and their environment effortlessly.

It will be hard for anyone to believe that each of the plays was written in just 20 minutes. Every time I spoke to a friend, the summary of a small play dawned in me. By the time I used to bid goodbye to the friend, the entire sequence used to be rehearsed in my mind. Putting it in black and white was just a small part of it.

The first play – “Left & Right Brain, A Win Win Situation”, throws light on the connection between the two parts of the brain and how it is important for us to know the effect of the mind and the brain on the human body and the difference between the two.

Another play – “Hey! There is More To What is On the Table”, is an eye opener to how food reaches our table. It talks about the hard work of the farmers and appreciates the essential facets of human existence.

The play, “Better Vision Sans Technology”, cautions children against the perils of being addicted gizmos such as a computer, iPad or any electronic gadget. All the plays plays have been carefully picked by me and can be enacted by children themselves. It will definitely be a pleasure to read through and be sure to be impacted by the values imparted by it.