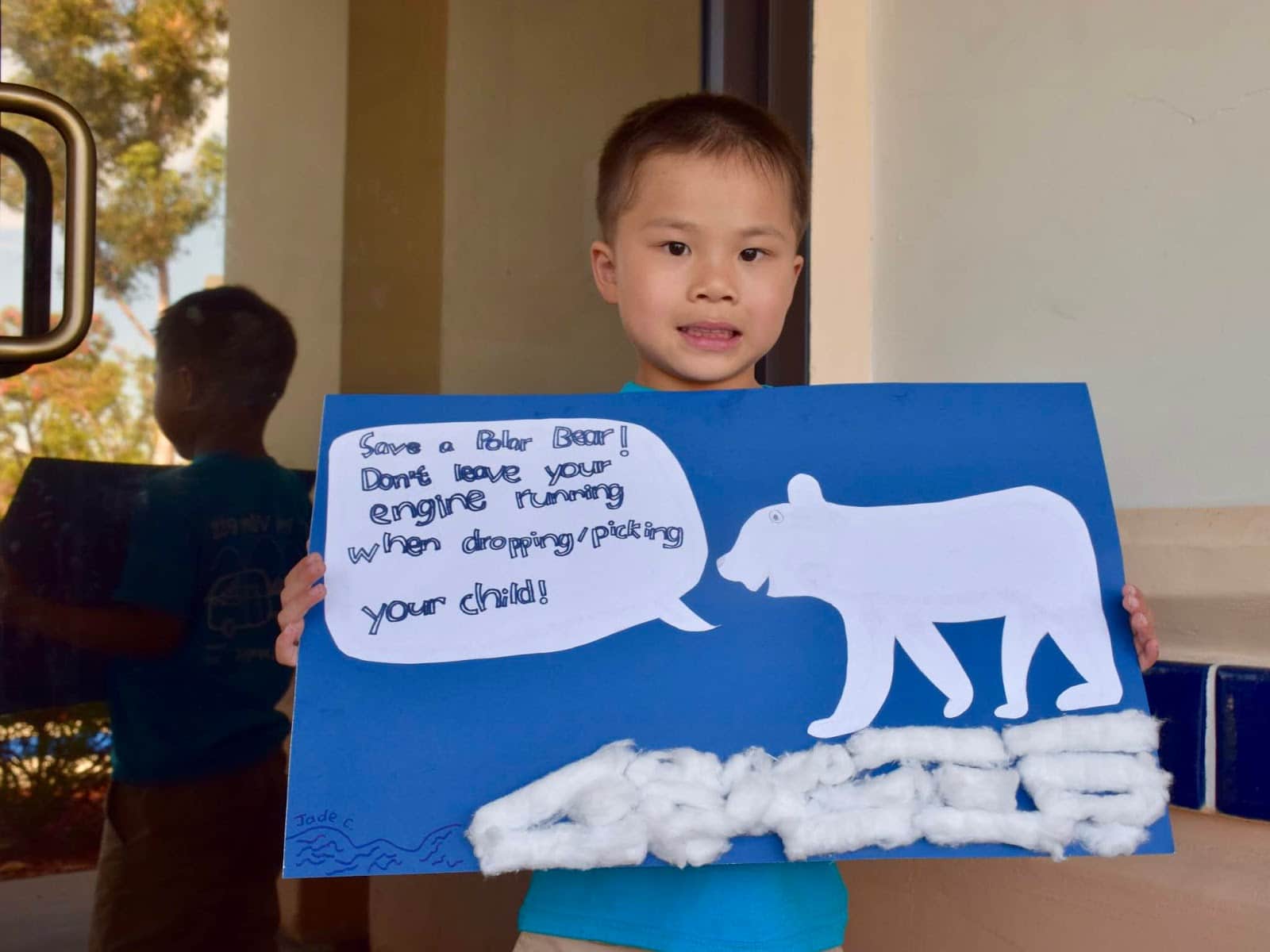 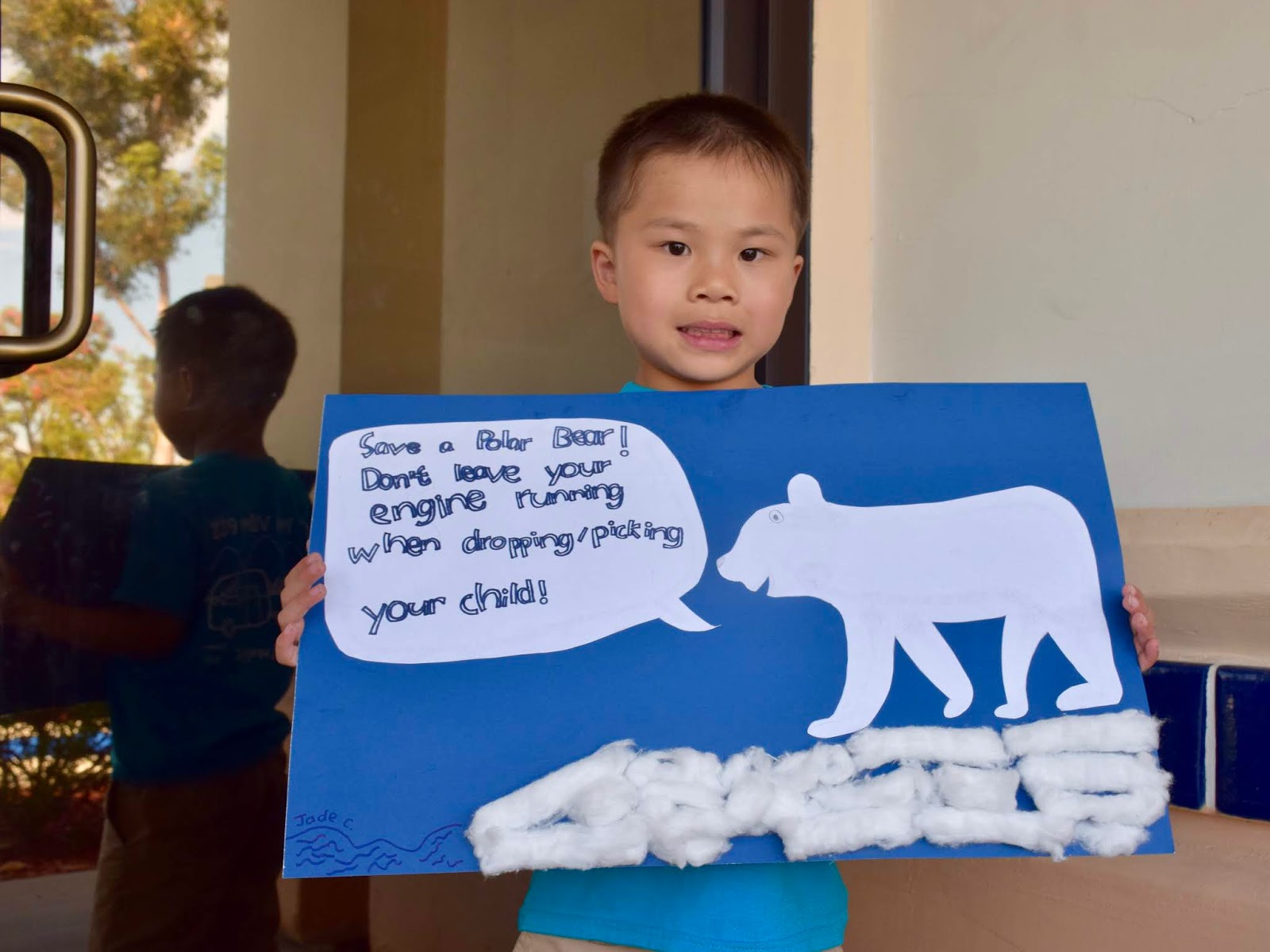 It was almost the end of October but high temperatures heated up across Southern California. It made me think about global warming.

Last month young people across this country organized strikes and marches in many cities, suggesting that adults have not done a great job looking after the planet and that needed to be changed. The series of inspiring events gave me—and many others—a speck of hope for the future. A great number of my mom friends enthusiastically took their teenagers and even younger children to participate.

Days before the strike in our city I asked my first grader if he was interested in being part of the movement. I told him that I would be happy to sign him a permission slip that was required by our school district. He said no, adding that the strike was “silly.”

I was surprised. Yes, he was only six years old but he knew exactly what the strike was all about. He also cared about climate change; he liked polar bears a lot and understood what the rising of global temperatures would affect his polar bear friends.

Yet he said no to climate strike. I wondered why.

“I don’t think the kids in our school really know what we need to do to stop global warming!” He said. “They don’t sort their plastics in school. They throw the crust away when eating pizza. They ask their parents to keep engine running and air conditioner on when waiting for them outside of school at pick-up time. And they are doing a climate walkout! What’s the point? That’s just silly!”

As he talked, he got faster and faster, louder and louder. He told me that many of his friends complained when our city banned plastic straw earlier this year. “When the grown ups say, ‘okay, now let’s not use straws,’ they are not happy. But now they are going to have a walkout to ask grown ups to fix climate problem! That’s just super silly!”

My heart sank. I thought my son was trying to say “hypocritical” when he said “silly,” but he hasn’t learned the word “hypocritical” yet. It did sound very hypocritical to me, but I believed what he described would only apply to a small number of the children.

Recently, however, I witnessed something that made me come to a realization.

At a local mom group I belong to, a member proposed that instead of using bottle water and paper plates, we should all bring our own drink and reusable table ware to future meetings. I seconded the proposal and expected it to be approved by the group without much opposition. But I expected wrong. The group voted no. Most members still preferred the convenience of bottle water, plastic utensil and paper plates.

Now I was feeling the irony that my son was feeling. Half of the members in the group took their children to the climate march, yet most of them would choose convenience over sustainability in everyday life.

Greta Thunberg inspired the world not because she organized the global strike, but because she lives according to her conviction. She is a vegan. She traveled by sailboat instead of flying. As for most of us, we travel and eat without thinking much about our carbon footprint and the actual consequences of our daily life in spite of the believe that climate change is an urgent threat.

Thinking of that, I was ashamed. My son was right. Awareness should be both knowing and doing. In addition to a strike, there were much more basic things that we could, and should be doing. Still, I think the climate strike was a good thing – better to have the right value, which might one day change what we chose to eat and eat with. We have to stay climate conscious after the strike.

Oh, and what we did on the day of our city’s climate strike? I walked my son to school instead of driving him. He made a “Save a polar bear! Do not keep your engine running when picking up/dropping off your children” poster, and posted in front of his little brother’s day care. No, we did not participate in the climate strike, but we tried to do our part.