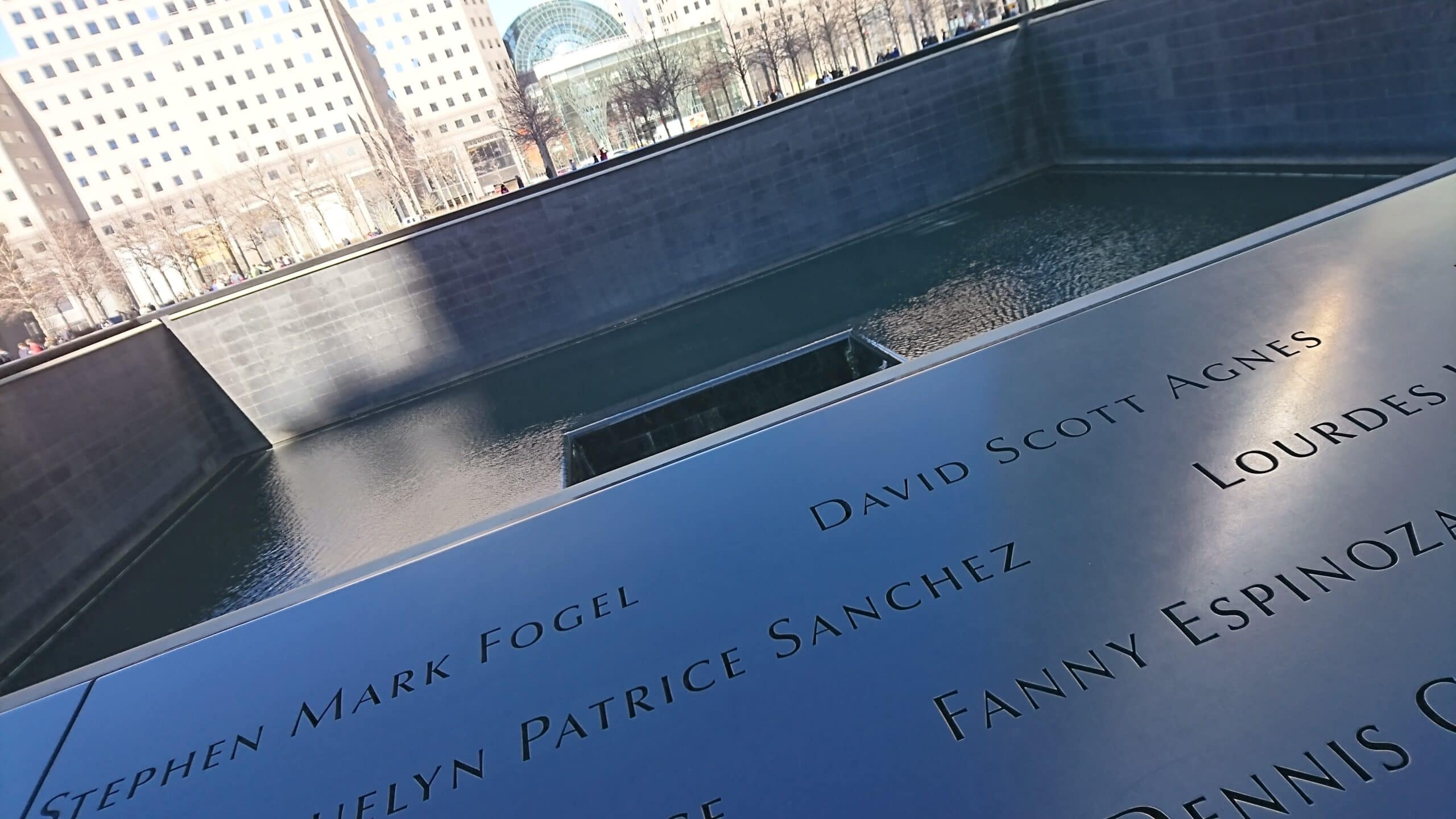 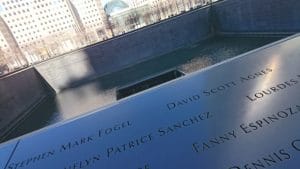 Where do I begin to describe the horror that I shared with the world on September 11, 2001? It was a horror so big that at first, I refused to believe it. Planes deliberately flying into buildings? A terrorist attack against the United States? It had to be a hoax.

Where do I begin to describe the feeling of loss that followed me around for days and weeks after this event? In the immediate aftermath, two of my New York friends were missing. One was located, safe and sound, the day after the attack. The other, whose daily schedule would have placed him in the North Tower during the critical moments, was never seen again, and his remains were never identified.

How do you grieve for someone when you hope against hope, and against all available evidence, that they are alive?

Where do I begin to describe the utter desolation that I felt when, more than fifteen years later, I stood at the site of the Twin Towers and looked into the reflecting pool? I knew that my friend’s name was etched into granite surrounding the pool, along with the names of all the other victims, but I could not bring myself to look for it.

I wandered through the space in a trance, not sure what I was most horrified by. I stared at enormous pieces of twisted metal, the staircase that scores of people fled down in an attempt to survive, and projected images of missing persons ads posted by desperately hopeful relatives in the days after the attack.

Where do I begin to describe how depressing it was to witness the blatant sensationalization of tragedy? When we arrived, at least one hundred people were in line ahead of us, many of them chattering excitedly about how “cool” it was to be here, before forking over their $24 admission fees. Visitors to the museum were gleefully taking selfies in front of the exhibits, as if this was a carnival instead of the place where hundreds of people had lost their lives.

After a while, I had had enough. I felt as if the place was haunted by the dead, by memories forever lost and by futures never lived. If I didn’t get out of there, I was going to buckle beneath the weight of grief for all of the victims. As I made my way to the exit, I passed a gift shop. There is no way to describe how I felt about the presence of a gift shop in a place like this.

As I left and emerged into the world of the living, the spectres of the dead clung to me, and I wondered what my children would make of all of this. Having been born in 2003 and 2005, both my sons were born in the post-9/11 era.

To me, the 9/11 attacks are a horrifying memory that include personal loss. To my kids, it is an event in history, something that happened to the generation before them.

If they visited the 9/11 museum, would they be affected in the same way I was? Or would the oddly upbeat tourism there undermine just how tragic this event was?

There is a lot of controversy surrounding 9/11. Many questions have been asked and not satisfactorily answered. Many coincidences have not been addressed. The truth, I believe, has not been told to its fullest extent.

But that doesn’t change the fact that the world changed that day. People lost their lives. Other people lost children, parents, brothers, sisters, life partners and friends. Emergency responders saw things that no one should ever have to witness. Rescue workers developed illnesses that would later kill them,

How did the events of 9/11 affect you and your family? How do you talk about it to your kids?

This is an original post to World Moms Network by Kirsten Doyle of Canada. Photo credit to the author.