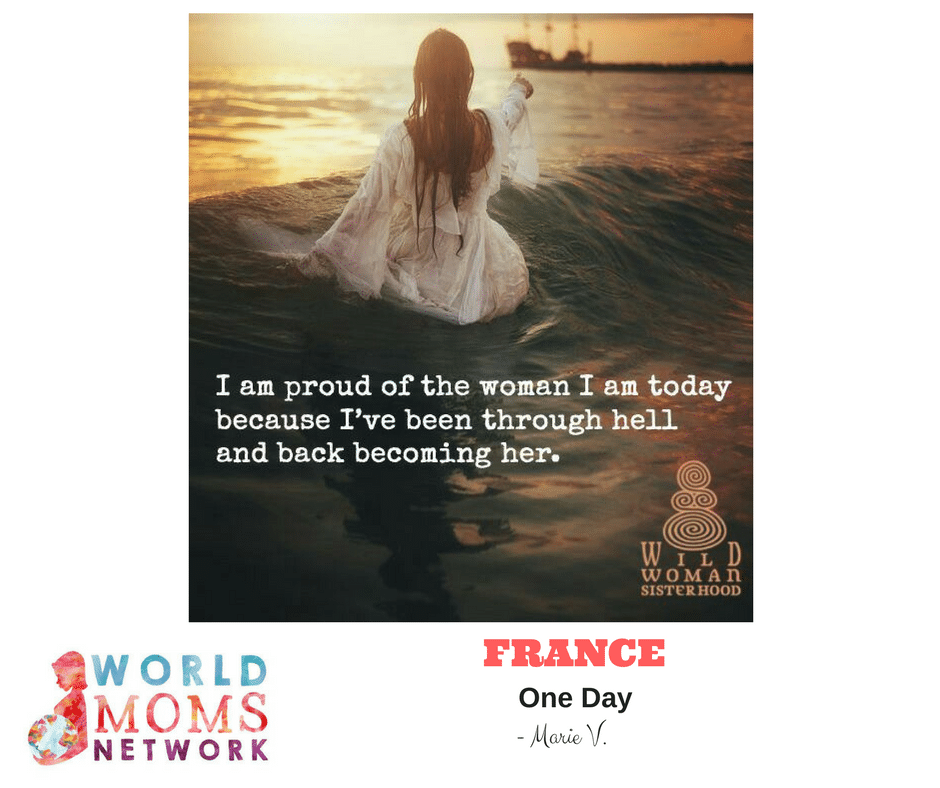 One day, I’ll be able to say: “I left because he was killing me softly”. And I would be able to tell people, without feeling my heart racing, without thinking I should not say things like this, that he was a mistake. But a mistake that gave me the chance to see the Light again.

One day, I’ll be able to say without worry: “he was a manipulator” without thinking “that’s not fair for him” or “I should keep this private”.

One day, to the question “why you married him?”, I’ll be able to say “because I felt like a prisoner, I could not say “no” to him, he would not take “no” for an answer. He played with my emotions, he was a control freak and I was under his spell.”

One day, to people telling me “don’t say that, every couple has good memories together”, I’ll allow myself to say “my first memory of him is one of fear”

One day, to curious people, I’ll be able to say “he harassed me, he threatened me, he played with my emotions, he told me I was an easy girl, he said he would kill me if I was to leave him, he said all my writing was bullshit, he used my body for his own pleasure and accused me of torturing him when I would not agree with him”.

Today I can say:

You have no right to judge me. This is my choice. I am proud of my choice

How do you feel about domestic violence? Is it easy for you to talk about the “downs” of your life?

This is an original post written by Marie V. for World Moms Network

After 6 years in Ireland, a failed marriage, I started over again, back to France with my baby boy. I love to say that I am a work in progress. Life is a process and I am slowly reconnecting with who I am, learning to love and take care of myself, rewriting my dreams and making new projects, adjusting to single motherhood, trying to find my balance, and enjoying the little things. I am a life lover and I believe in the goodness of humanity, in peace, empathy, tolerance, gratitude. I try to teach my little one about these values as well as helping him connect with others without being too judgmental. “Sharing is caring” is our motto! I started a blog to connect with women engaged in a bicultural marriage. I was at a crossroad in my life and I needed some guidance. I met wonderful people and some ladies became very good friends. I felt part of a community and everybody was there when I decided to leave my abusive marriage and my country of adoption. My blog evolved with me. I do now share poetry, posts about my life and about domestic violence.