GUEST POST: On Leaving Zambia to Give Birth Abroad

I’m 36 + weeks pregnant, so last week I packed my hospital bags, checked them in at the airport, and hopped on an international flight. Destination: Cape Town, South Africa, where sunshine, ocean waves, beaches, mouthwatering fresh seafood, mountains, and stretches of vineyards await. My new life rule is that I only have babies near sunshine and oceans.

When you’re an expat about to give birth, and you reside in Lusaka, Zambia, you hightail it out of Zambia to welcome baby into the world. Some of us head to the U.S., and others to places like the U.K., and a few of us to South Africa. South Africa has some of the most top-notch medical care on the African continent. Did I mention the oceans and beaches? Plus penguins. Babies love penguins. 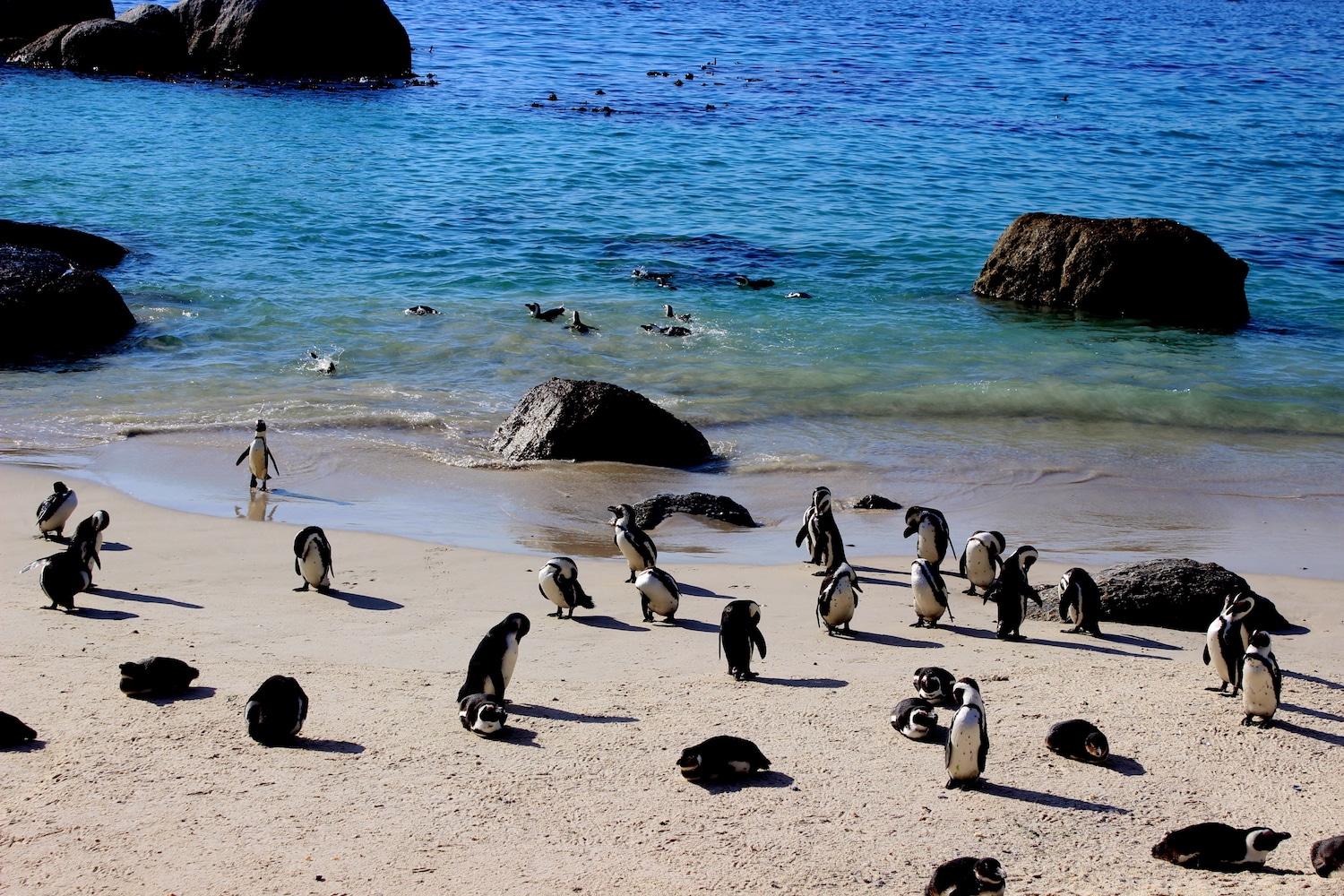 A few of us expats decide to go ahead and give birth in Zambia. Of course, I have friends, both local and expat, who have given birth to healthy babies in Zambia without incident. Lots of babies are born there, with a fertility rate of nearly six children per woman.

Since this is my fourth birth, I seriously contemplated staying in Zambia to give birth. With three natural and uncomplicated births under my belt (except that pesky postpartum hemorrhage thing that plagues me each time), it’s been pretty straightforward so far.

A birth in Zambia would be less complicated logistically. My husband can’t be gone from work for the whole one month before and one month after the birth. My four-year old can probably afford to miss pre-school without risking failing to get into college, but my six-year old is learning how to read and write – in a second language (French) – this year, so it’s not really fair to her to pull her out for two whole months, either. I suppose, with the support of Google Translate, I could make some attempts at homeschooling….no. Just no. Plus, there’s the familiarity, the friends, the easiness in Lusaka. Planning a birth in a different country requires more paperwork, emails, phone calls, and really savvy packing skills.

I put out some feelers and asked people’s opinions about giving birth in Lusaka. I got many stories of uneventful births that resulted in a happy baby and mother, and some recommendations for good OBs. I see a lovely OB who has the most caring bedside manner, and is available to instantly answer questions by text message (that does NOT happen in the U.S.), but unfortunately she doesn’t deliver babies anymore.

Others graced my ears with stories about the mother who needed an emergency C-section, but the medical team couldn’t get a hold of the anesthesiologist, so she had a C-section without medication. Then there was the woman who had her arms and legs strapped down during a normal vaginal childbirth, and the one who lost her baby during child birth due to poor management and care—at a private hospital in Lusaka. My doctor friends in Zambia asked me if I was crazy—one directly, and one indirectly. My lovely OB providing prenatal care for me in Lusaka laughed.

The reason for these responses is because babies die in Zambia, and mothers do too. According to UNICEF, the maternal mortality rate in Zambia is 591 deaths per 100,000 live births, the neonatal mortality rate is 34 per 1,000 live births, and the infant mortality rate is 70 per 1,000 live births. Even for those who can afford private care in the capital, Lusaka, being pregnant and giving birth is risky business. Simple complications—including postpartum hemorrhage—can go from bad to worse because of poor infrastructure, care, and a slew of other issues. (For more information about maternal health care in Zambia, check out the trailer for this fascinating documentary.)

The message was loud and clear—most likely, if I gave birth in Lusaka, everything would be fine. But, if I have the choice and the means, why would I take the risk of that small chance of something going wrong and me or my baby suffering serious health complications or worse? 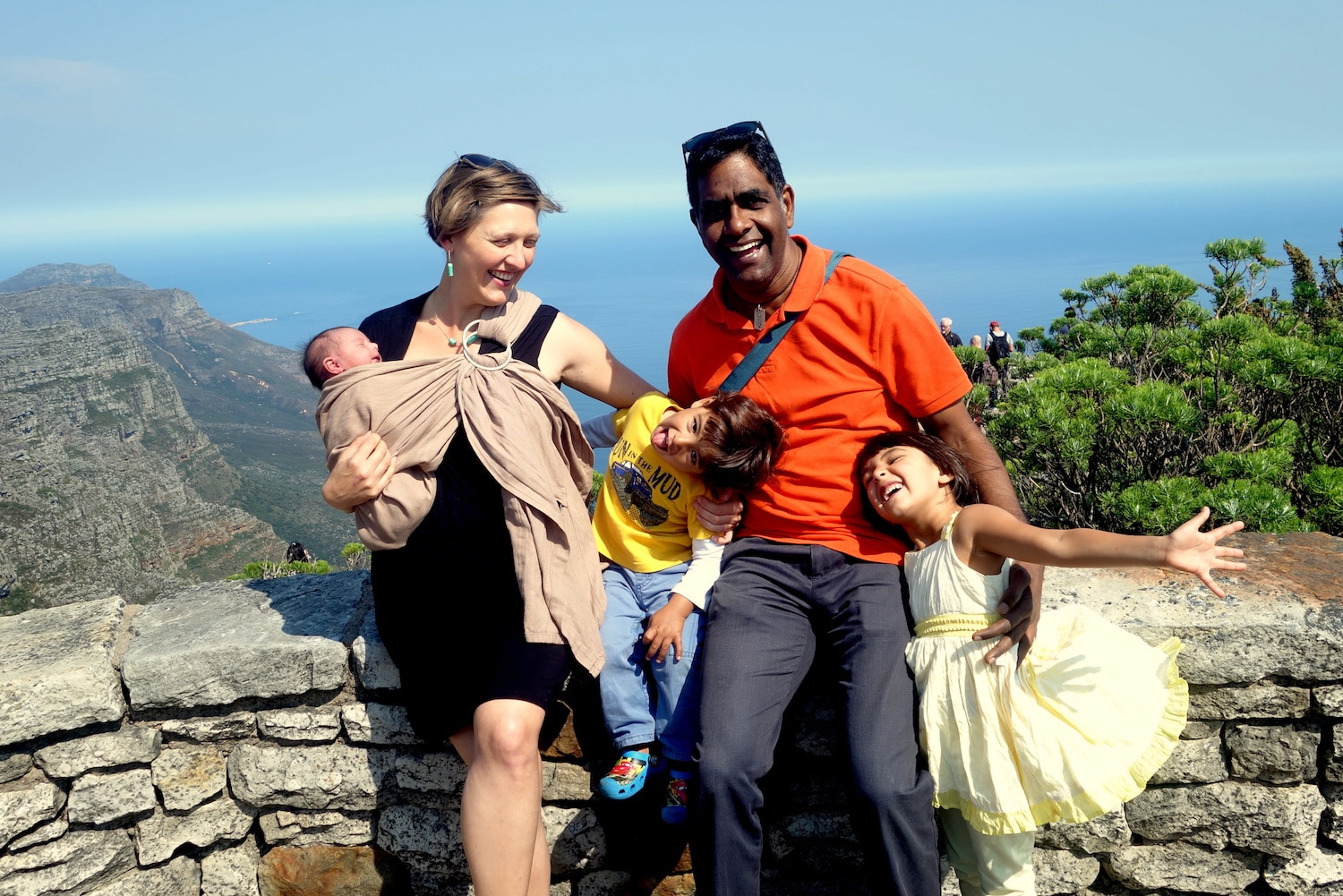 So, around 20 weeks pregnant I began to plan an international babycation. I did this once before, less than two years ago. My last baby was born in Cape Town, so that helped quite a bit, especially because I used the same midwives, know the area, etc. Another bonus is that water birth is an option here in Cape Town, similar to an alternative birthing center option within a hospital that I used to deliver my first two in Chicago. There were less unknowns this time around with planning babycation round #2.

Everything is relative. Buying plane tickets for a family of five, plus a nanny, renting a house for two months, as well as a car, and paying for private health care in South Africa adds up. This is clearly cost prohibitive to most people, and I understand this inherent privilege of choice for my ocean-side babycation.

But, if I compare this Cape Town babycation cost to the cost of giving birth in the U.S., it’s at worst equal, and at best a cost-savings. For what I will pay for all my private health care, including an at-home post-natal visit and a couple nights in the hospital, combined with the cost of my two month “babycation” in South Africa…I’ll end up paying about the same or less than what I’d pay for the cost of childbirth alone in the U.S. I can pay $12,000 minimum, out-of-pocket in the US to push a baby out of me (without any medical intervention), or I can pay about $2,000 for the exact same quality of care and facility standards in Cape Town…along with all the perks of glorious sunshine and ocean views. I’ll take the penguins, thank you very much.

Our family of five, plus our nanny from Zambia, packed up with three suitcases and a boatload of car seats, and my husband helped me settle into the lovely house we rented on AirBnB in Kalk Bay, overlooking the ocean. But, my husband returned this past weekend to Lusaka with my six- and four-year old children to resume school and work. 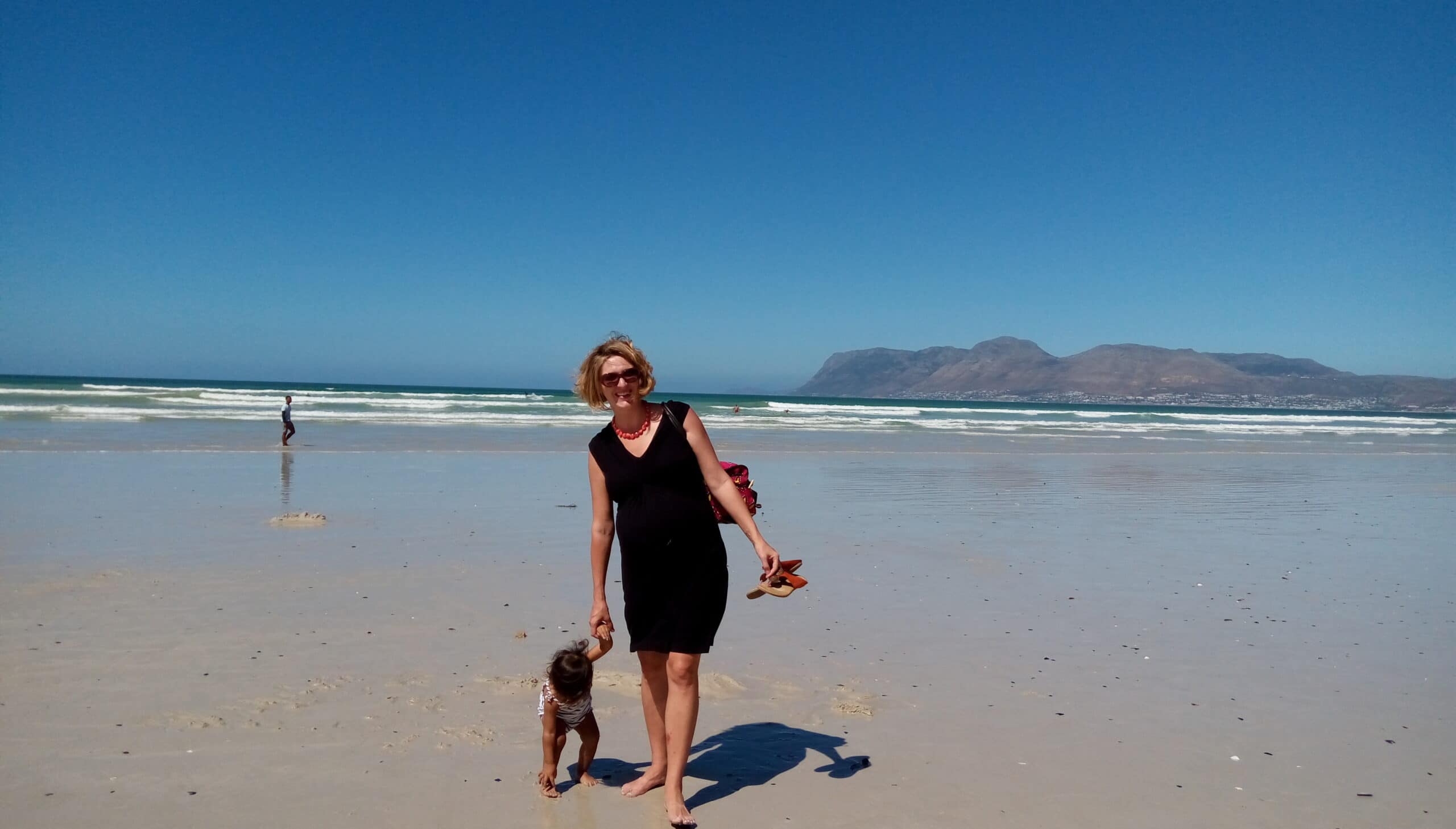 So, here I sit with an 18-month old, nanny, and loads of sunshine and water at nearly 37 weeks pregnant. The baby is measuring at a beautiful 3kg already, and I’m having some super maddening Braxton Hicks contractions. My husband is two flights away (Lusaka- Johannesburg- Cape Town), and can get on a flight from Lusaka at 9am and rock-up into Cape Town by 3:30pm.

If baby decides to make a quick, slippery exit, Papa might miss the birth of his baby – which would be sad. He was pretty helpful the last three times – except when he told me during difficult push during crowning, “It’s just like doing back squats.” No, it’s really not like that at all. But, I’d kind of like him to be with me for the birth. So, I have the calming effect of going to sleep to the sound of ocean waves obliterated by the anxiety of my husband missing the birth. This is not a, “Will my husband make it from the office on time?” worry. It’s a, “Will my husband, with two tiny humans in tow, be able to get on the first flight out of Lusaka and make it through immigration, out of the airport, and to the hospital?”

My husband and two oldest kids plan on returning to Cape Town on April 1, 10 days before this bad boy’s due date. In the meantime, I have some amazing mama friends coming in (one from Kenya, one from Zambia) to keep me company before the crew returns, mostly to have fun and to stand-in for my husband— just in case. The next two weeks will be filled with botanical gardens, delicious food, and sea breezes. Not too shabby a way to waddle through these last few pregnancy weeks.

The next question is—will I be able to make this my last babycation? Those penguins!

This is an original guest post for World Moms Network from Jessica Menon of Gypsy Momma. Jess is a mom with three children under the age of six, with her fourth baby on the way. Jess and her family are currently based in Lusaka, Zambia.

Photos courtesy of Alda Smith. Photo of penguins and Jess and her youngest daughter at the beach courtesy of the author.