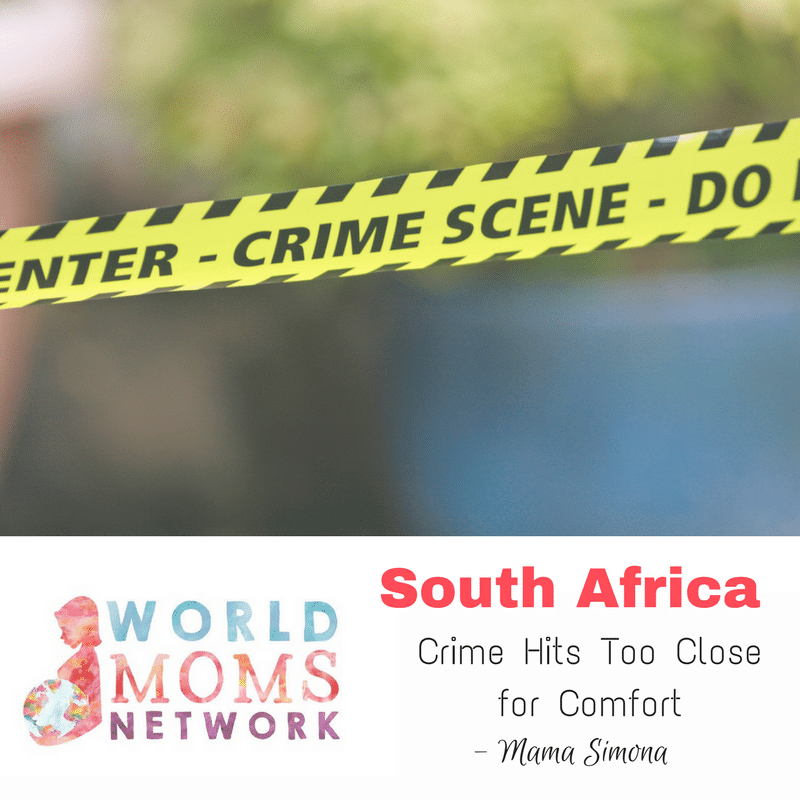 Crime is not part of my daily life. I live in a middle to upper-class neighbourhood in Cape Town. We have an active Neighbourhood Watch, and most of the people in my neighbourhood also belong to the Community Policing Forum (aka CPF). The CPF has monthly meetings where we discuss crime stats, share self-defence tips etc. We all have signs on our gates indicating that we’re part of the CPF. We also have a WhatsApp group where we keep in contact with each. We’re all just a message away in case of medical or other emergency. I have always felt safe enough to leave my front door unlatched during the day.

This month, my illusion of safety was temporarily shattered. One morning, in broad daylight, shots were fired on my road! At first we couldn’t believe that it was gunshots. After all, this is a quiet neighbourhood and it was at a time of day when our road is pretty busy. Neighbourhood Watch was immediately on the case, whilst the rest of us were left stunned and wondering what we could do to help.

Roughly 30 minutes later I pulled out of my driveway into a surreal scene. Police cars, Neighbourhood Watch personnel and private security company vehicles were blocking the road. The crime tape was around my next-door neighbour’s property! That’s right – an armed robbery happened in the house on the other side of our boundary wall! I felt as if I’d been cast as an extra in a movie or TV series. Surely this can’t be real?! It was.

This is what happened:

My neighbour (let’s call him Bill) pulled out of his driveway and realised that he’d forgotten something, so he quickly ran back inside the house to fetch it without closing his gate (as we’ve all done numerous times). Two armed men followed him inside, pistol-whipped him, tied him up and demanded that he show them where his safe was.

At this time my neighbour’s adult son (let’s call him John) arrived with his wife. She walked inside whilst he waited in the car. She walked in on the robbers and screamed. The 2 armed suspects fled with the safe, but then dropped it as soon as they saw John, and jumped into the vehicle which was being driven by a 3rd suspect. John followed them and they shot at him out of the window – just like they do in movies! By then (thanks to our CPF network), police and other response vehicles joined in the chase. Two of the suspects jumped out the car when it got stuck in traffic and were promptly arrested. The driver got away, but later the same day he was arrested too.

I’ve been left rather bemused by this. By the next day there was no sign left of what had happened. Apart from the shock that this happening caused in our quiet and close-knit community, no real harm was done. The stolen goods were recovered, nobody was seriously injured and the suspects were arrested immediately. Things could have gone a lot worse. In fact, in many ways this could be considered a win for law and order.

That said, it still doesn’t quite feel real. I don’t know if it’s because of the shows that I watch, or just because it doesn’t seem possible that this happened right next door to my house. The strangest thing is that my neighbour is one of very few people on our street who did not belong to the CPF, and I can’t help but wonder if that was a factor in him being targeted.

Truthfully (but possibly foolishly) I still feel safe where I live.

Have you lived through something that just didn’t seem real or possible? How do you feel about it with hindsight?