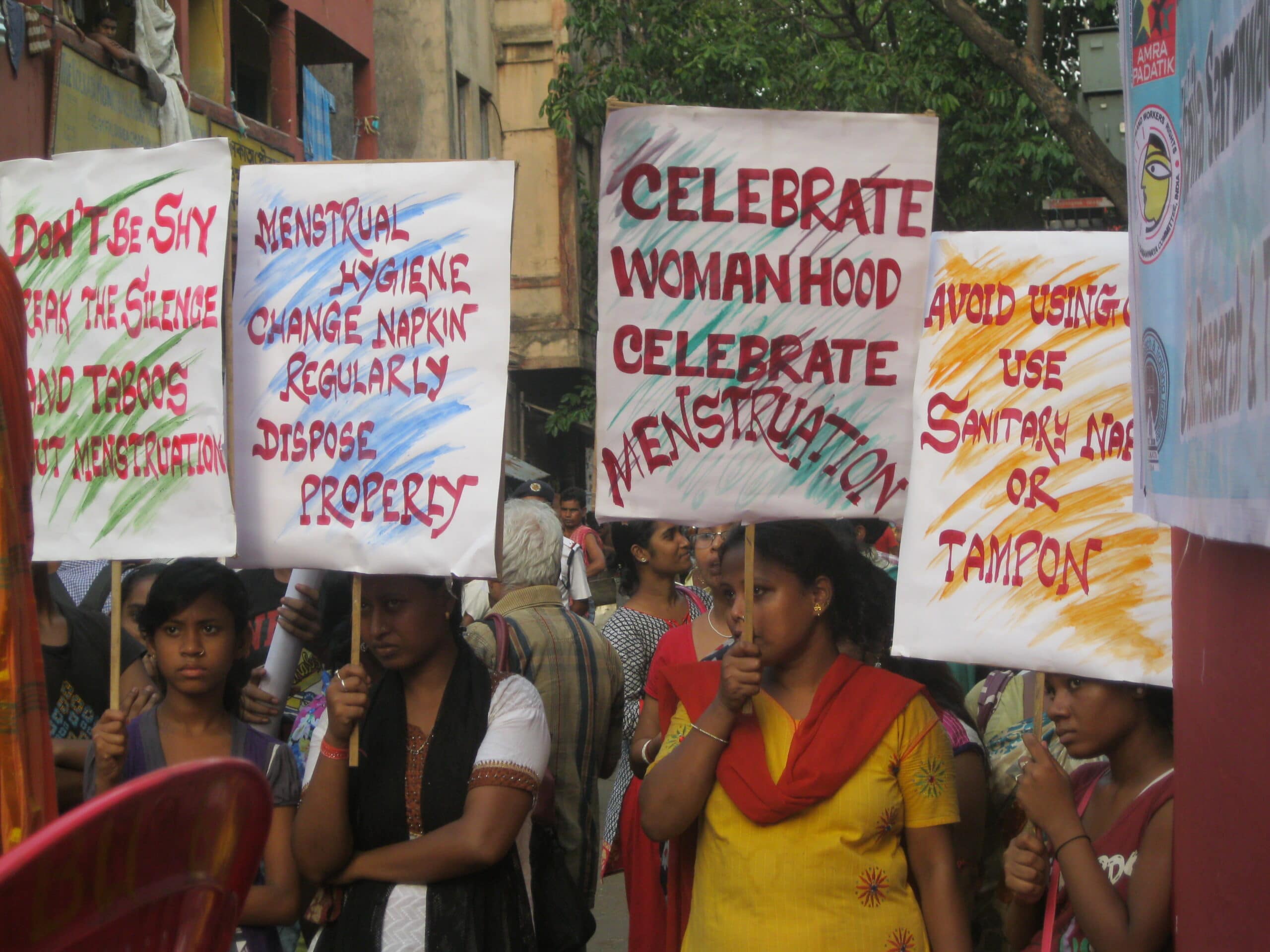 Do you remember when you had your first period? Did you know what to do? Did you have someone to talk to about what menstruation was? In India, the idea of menstruation has been a taboo subject until one woman decided to tackle it head on.

Aditi Gupta had her first period when she was 12, but was told to keep it a secret. Why? In India, menstruation is seen as taboo and thought of as something that shouldn’t be discussed with anyone. The issue of menstruation has often created a stigma around it, especially in rural communities. With fear of being ostracized for something they can’t control, Gupta decided that there had to be a way to take away the shame and empower girls to speak about menstruation freely.

With the help of her husband Tuhin Paul, they created Menstrupedia in 2012, a website that outlines the physical and emotional changes that girls go through, during menstruation, as well as answering questions that girls wouldn’t ask anyone else for fear of retaliation.

While Menstrupedia was a good first step in learning about menstruation, it wasn’t enough to tackle the ongoing stigma that girls and women go through during their cycle. This stigma brings about isolation for millions of girls who don’t understand how to get past an age old tradition that shames them for being seen as impure. In order to bring more awareness of this issue, Gupta & Paul created a Menstrupedia comic book that considerably helps girls be more informed on it.

The comic book features four main characters who talk about menstruation when one of the characters gets her period.  Through dialogue and illustration of the female anatomy, the subject is explained in detail, ensuring that girls from ages nine and above can understand the information. In addition, the message they want to spread is one of inclusion, not shame.

My first encounter with menstruation at twelve was confusing and frustrating. I was away from home and when I realized that I was going through it, I had no clue what was going on with my body. My mother never prepared me for what to expect with regard to menstruation. I was on vacation at my aunt’s home and in midst of playing with my cousins when I started to feel some discharge staining my shorts. Horrified and scared because I had no idea why I was bleeding, I ran to the bathroom and from behind closed doors, was informed by my aunt that I was menstruating. I was never told by my mother about this radical change in my body and thought there was something wrong with me. Fortunately, my aunt made sure to educate me about menstruation and future bodily changes I would go through during puberty by telling me about her experience.

It was not uncommon for my mother to withhold information about menstruation, since menstrual hygiene was never discussed in her family, and especially in public. In addition, awareness of menstruation was not supported because it was seen as a “woman’s problem”.

Education plays a big part in spreading awareness about this issue, but unfortunately, age-old traditions play just as big a part in how girls are perceived when they go through puberty. While traditions should be respected, it should never be at the cost of taking away a girl’s right to be educated about her body. Gupta’s comic book is a great way of educating girls in India on menstrual hygiene. In addition, it empowers them to take control over their bodies and not be shamed for what is happening to their physical well-being naturally.

How is menstruation handled in your country?