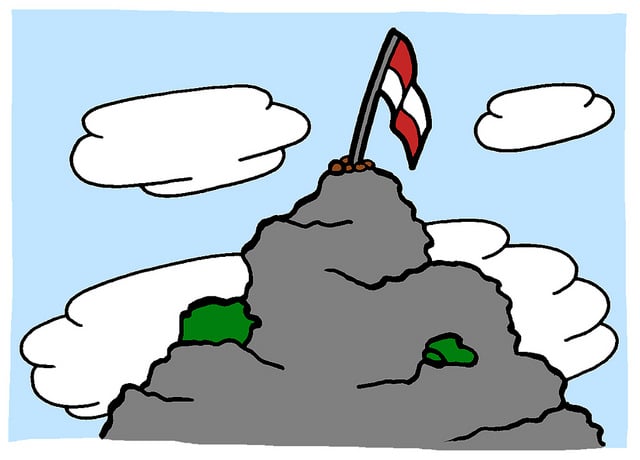 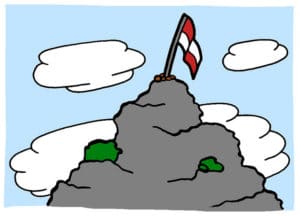 I’d be married by 25. Within a couple of years, I’d have a daughter, and then a son.

When I hit 30, I’d go back to school to get my Master’s Degree in Creative Writing. By then, I should have already gotten enough writing experience, and gone through enough life experiences, for me to be able to fully appreciate the program. Then I’d go on to publish my first novel before hitting 40.

I was a little girl with big dreams who grew into a teenager with a plan.

True to my expectation, I have indeed gotten married, but that didn’t happen until I was 28. The baby came first, when I was 23. And I had a son. I have no daughter, but that’s fine. I’m enjoying being mom to a boy.

My pot of life experiences is filling up fast, which is great because that means that life has been great. My writing resume isn’t too shabby. I know for sure that I’d be able to appreciate the Creative Writing Master’s program that I’m gunning for, if only I could afford it.

One thing that I failed to consider when I was 15 was how much it would actually cost to send a child to school, and how expensive a Master’s Education can be.

And then, there are all of these other things.

At 15, I had no idea how hard it was to be married. I didn’t know what it meant to meet halfway. I thought that there would always be a clear winner in each argument. I didn’t think that not going to bed angry could mean tearful discussions that would last until 3:00 in the morning.

I didn’t have a clue that parenting would be as challenging as I now know it to be. I thought that it would be so cute to have two children who are close in age, just like my brother and I. I didn’t realize that having one child is challenging enough already. I had no idea that I would someday find myself at the receiving end of eye-rolling and snide remarks that just happen to sound a whole lot like my 10-year old self.

I believed back then that if you were good at something it wouldn’t be difficult to find a job in your desired field. I never thought about how much of success comes from actual hard work, that luck actually plays a huge part in it all, and that being easy to work with sometimes matters more than what you can actually do.

I went from being a naïve teenager with a plan to becoming an adult with (at least a little bit of) wisdom.

I’ve learned a lot about life in between my 15th and 33rd birthdays.

I know that you should always expect the unexpected. And I mean, always. Life is full of curve balls and somewhere along the way things won’t go as planned.

I believe that the trick is to keep moving forward, and to always look on the bright side of life even when there seems to be no bright side. I understand now that the tough times are there to make the good ones shine even brighter.

Our hearts can handle infinite amounts of heartache brought about by people whom we truly care about. I know this for sure. I also know that these same people, if they love us as much as we love them, will be the same ones to mend those little breaks in our hearts.

I may have proven my teenage-self wrong on many different counts, but I do still believe in dreaming big dreams and planning for the life that we want for ourselves.

In spite of it all, and despite life’s struggles, the one thing that we ought to do is never give up on ourselves.

Based on the plan I had set for myself all those years ago, I still have seven years to get that book out. How that will go remains to be seen…!

How has your expectation differed from your reality? Are you close to where you thought you would be at this time of your life?

This is an original post for World Moms Network by Mrs. P. Cuyugan. Photo credit: Jurgen P. Appelo. This picture has a creative commons attribution license.

Patricia Cuyugan is a wife, mom, cat momma, and a hands-on homemaker from Manila, whose greatest achievement is her pork adobo. She has been writing about parenting for about as long as she’s been a parent, which is just a little over a decade. When she’s not writing, you can usually find her reading a book, binge-watching a K-drama series, or folding laundry. She really should be writing, though! Follow her homemaking adventures on Instagram at @patriciacuyugs.