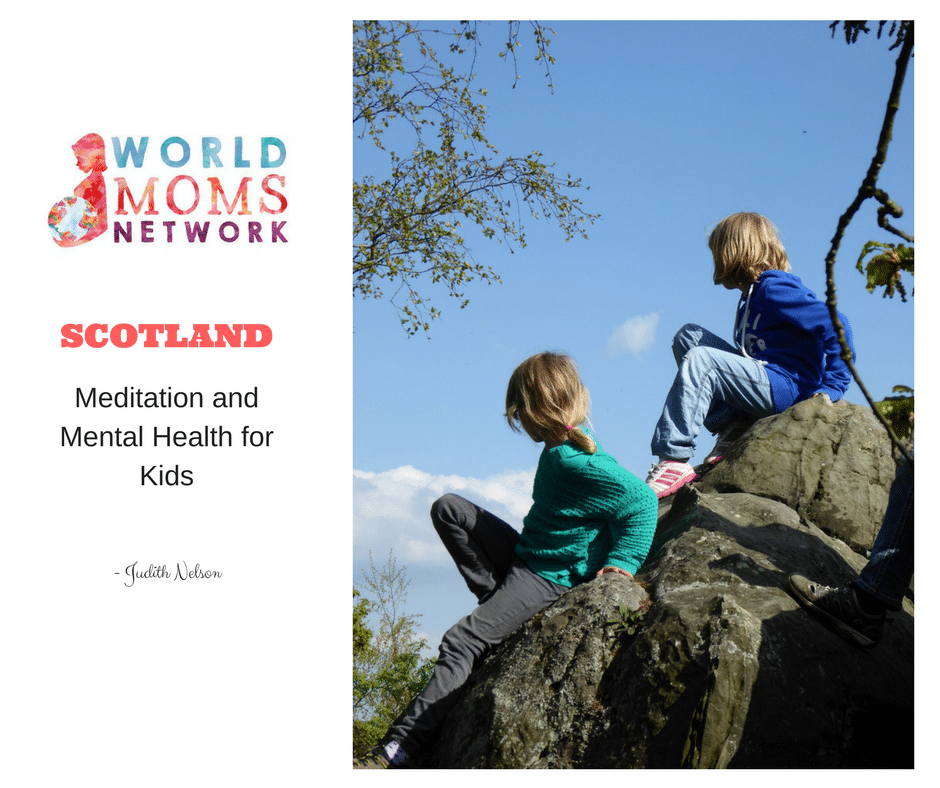 I have been teaching relaxation and meditation to young people in response to an ever-increasing problem of anxiety and stress among our youngsters. In the UK, this now affects many university and senior school children, however children as young as 5 are also showing signs of anxiety. In some school health questionnaires, the biggest fear which many teenagers report is that they will develop mental health problems.

The latest statistics from the UK charity Young Minds show the extent of the increase in mental health problems and depression in the UK:

There are many possible factors involved in these statistics such as increases in exams and exam stress; substance abuse; peer pressure; bullying; and changes in family life and, perhaps more recently, an increased feeling of instability as countries and continents tumble into more uncertainty. An interesting study by the UK Nuffield Foundation outlines the dramatic increase in mental health problems in adolescents in the past 30 years and explains the key social trends which can affect young people’s wellbeing.

However, it seems unlikely that all the children and young people with symptoms of anxiety are exposed of these problems (which it could be argued are no worse than what children experienced in the world wars). Pinpointing the exact cause of anxiety in younger children can be difficult and some people are questioning whether, in a substantial number of cases, it relates to the fact that many of them, especially in the developed world, are no longer allowed to take even small risks. In the UK, this is the case as we live in time where children are often under constant supervision and where a culture of risk assessment exists, even for the most mundane outing or event. School activities have been curbed and playgrounds lie unused if no adult supervision is available. In addition, many children are being ‘overparented’ by so-called ‘helicopter parents’. This might be a response to fears for their child’s safety fuelled by 24 hour media horror stories, despite statistics which show that there is no greater danger nowadays than in the past.

Whilst a certain amount of child supervision is necessary and prudent, perhaps we have reached a stage where too much ‘wrapping in cotton wool’ is having a seriously bad effect on many children?

Kids need to learn how to set their own boundaries and to develop a healthy sense of self-preservation but how can they do so if they’re never allowed to stretch their wings, even a little? Maybe such a constant drip feed of suggestions that their environment/the world is not a safe place is causing a subconscious increase in anxiety? This is certainly the view of some psychologists as Zoe Reyes explains in a ‘World of Psychology’ article .

I can’t help contrasting the UK approach with places like Finland where orienteering is taught through clubs and schools to children as young as eight. Children are given training, a map, and a compass and left to find their way through forests and countryside, without adult supervision. This might be a bit mind-blowing for many parents but it is a truly confidence-building sport which has produced people like nine-times world champion Minna Kauppi. She started the sport when she was only eight years old and became world champion by the age of 24. Now aged 34, she faces the new challenge of being a parent, having given birth to her first child last month.

So, how can overprotective parents change their approach? The first step is to recognise that they are being overprotective and then, perhaps, to join their children in more adventurous play such as can be found in places such as ‘The Land’ . This is an experimental playground in North Wales which lets children (and adults) experience he boundaries of ‘truly free’ play the idea of a ‘junk playground’ was pioneered in Denmark in 1943 by landscape architect Carl Theodor Sørensen after he witnessed children playing on bombsites. For those who are ready and willing to let their children off the leash completely and to go it alone, a similar scheme has also been started in New York City. Called ‘play:groundNYC’, no parents are allowed and children are encouraged to get dirty, to use tools and to let their imaginations run wild. It reminds me of my own childhood in the 60s and 70s where we could run wild and get up to all sorts of mischief!

And what about those children who have already developed anxiety and stress? This is where relaxation and meditation/contemplation fit in. These tools can be a great approach for children and there are numerous studies which support the use of relaxation, meditation and visualisation. Many of these studies can be accessed online but one woman, Dr Sara Lazar, a neuroscientist at Massachusetts General Hospital and Harvard Medical School, is heading this field. She has found that meditation not only reduces stress but it changes the brain in a positive way. The findings are fascinating and they show that the brain does not have to decline inevitably as we grow older!

In addition to these positive effects, relaxation and meditation can also help children and adults with their focus, confidence and self-esteem as they learn skills which draw on their inner resources. This has certainly been the case with the children (and adults!) who are using the system I teach which is called Heartfulness. It’s free and open to all, and you are welcome to check it out at http://en.heartfulness.org.

Have you or your kids ever tried meditation?