EGYPT: Beliefs and how they impact our lives 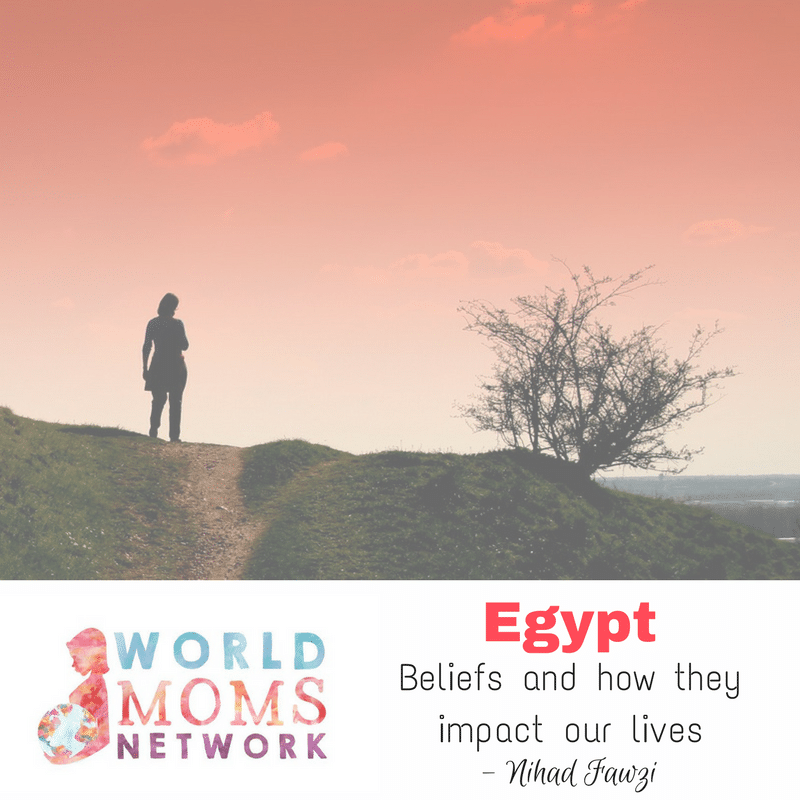 According to Merriam Webster, a belief is, “something that a person accepts as true or right, a strongly held opinion about something.” A belief is just an opinion, not necessarily the truth or the reality. Beliefs can be imagined as an iceberg. There are some beliefs  we are conscious of, like the tip of the iceberg that can be seen above the water. Meanwhile, there are other beliefs we are less aware of, the larger part of the iceberg that lies below the water.

There are different types of beliefs. There are some that are empowering beliefs, like we are happy, we are successful , life is beautiful and worth being lived, failure is a part of the success journey, and so on. Other beliefs are disempowering, like I am unhappy, I am not good enough, life is unfair, I am a loser, et cetera. Such beliefs can be very limiting. Our beliefs about ourselves shape our lives. If we hold empowering beliefs, we feel more satisfaction and peace of mind. Otherwise, we are frustrated and unhappy most of the time. Most of our beliefs are formed during our childhood and adolescence.

Why our beliefs impact our lives?

Our beliefs drive our behaviors, so anything we do can be linked back to a certain belief we hold. Our perception of a situation creates a thought in our mind. The thought triggers an emotion, and the emotion makes us behave in a certain way. For example, one of my clients felt uncomfortable when her colleagues repeated to her, “You are so kind.” From my point of view, it was a positive comment of praise, while she perceived it as, “You are so naive.” With the positive perception, she would have felt totally comfortable and satisfied. Meanwhile, with the negative perception she felt annoyed and uncomfortable. These two different perceptions of the same situation triggered two completely different feelings, which lead to two totally different behaviors.

When we go through the same experience with the same thought, we feel the same feeling and we behave the same way until it becomes an unconscious belief and the behavior becomes automatic. Unfortunately it becomes the TRUTH while actually it is just our truth that we created due to our perception. If we want to change our behavior, we need to change the angle from which we see the situation.

I grew up in a family and a school where making mistakes was not an option. We were punished, made fun of, and severely criticized for making mistakes. There were only one way to do anything, the way the elders wanted it done. Anything else was wrong and unacceptable. Living in such an environment was really hard.  I always felt like an accused who needed to defend herself. I wanted to have my own life, but unfortunately anything that did not match their way was considered a mistake.

One of my dis-empowering beliefs that negatively affected my life and harmed my self confidence for many years was, “Making mistakes is shameful.” I was so sensitive, so I avoided many situations and experiences to avoid the feeling of guilt and shame I felt every time I thought I made a mistake. I feared oral exams, trying new things, delivering presentations, and giving an opinion in a meeting or a class. I was so frightened of failure that I had to find help. My coach helped me see my foundational belief that making mistakes is shameful, and helped me to see that it caused me to avoid situations where I feared failure. It took me some time to adopt the new perception and to overcome my fear and my belief. Fortunately, I can now express myself in public easily, confidently, and in a relaxed way.

How we can change a behavior?

When you want to change your behavior in any situation and you want to find out what dis-empowering belief you hold, just answer these questions:

What are your thoughts in this situation?

How do you feel every time you go through it?

Write down your answers, and repeat this process several times. You will begin to notice a pattern. Notice your inner self talks and your wording – it will tell you a lot about your beliefs. To change the behavior, you need to change the angle from which you perceive the situation. Try to find a more positive perception – it will make a big shift in your thoughts and feelings and hence your behaviors.

As moms we need to be so careful with our children. We must pay attention to how we treat them, and also how we treat ourselves or speak about ourselves in front of them. We need to be aware of our dis-empowering beliefs, and work on changing them as they will surely affect our children. They acquire their self confidence and self esteem from ours. Our children see themselves through our eyes and they believe us, so if you tell your child they are not good enough or they are amazing they will believe you and may be they will live their whole life with this belief. Be cautious which beliefs you want to implant in your child.

Are you aware of your beliefs? What type of beliefs do you hold about yourself? How do they affect your life? Do you have a similar story, to share with us, about replacing a limiting belief ?

This is an original post for World Moms Network by Nihad from Alexandria, Egypt. Nihad blogs at Aurora Beams Life Coaching.