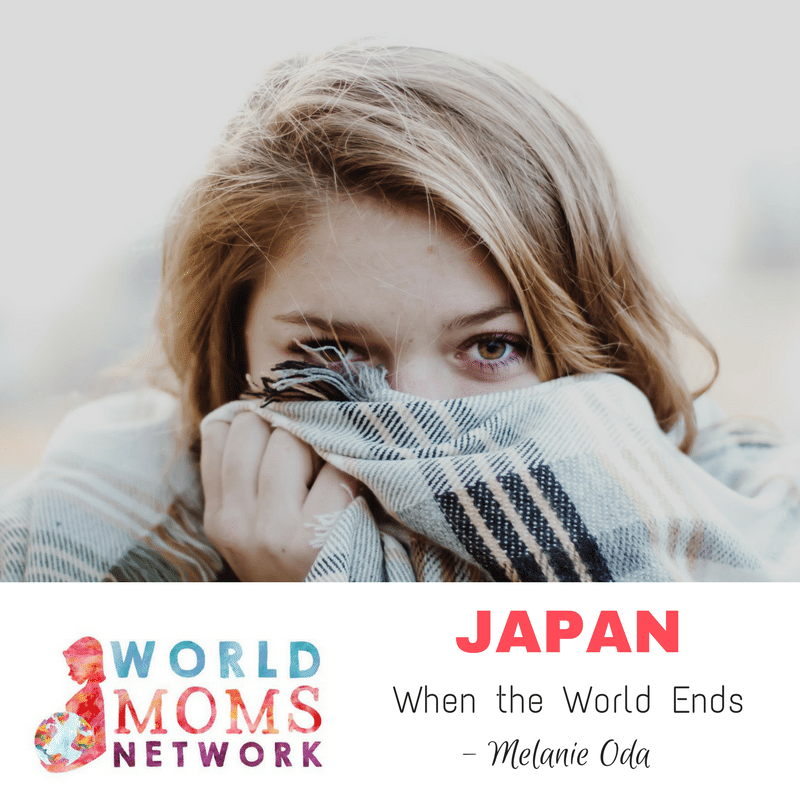 JAPAN: When the World Ends

This is about the apocalypse, Armageddon-style chaos and anarchy that happened at my house last week. That’s right, y’all. I got sick, Influenza A to be exact.

For anyone who has not yet experienced the unique experience that is being-sick-while-mommying, please stop reading now. Or gird your loins or something because I don’t want your mom calling me and saying my post is the reason she will never have grandchildren.

I realized very quickly that no one else knew the details of our household: where underwear are kept, what time children need to leave for school in the morning, who has pool on what day and what that entails, what time dinner needs to be started to get children to bed on time, etc. I am truly both the lowly servant girl and the CEO of this organization.

Five seconds after the first epiphany, I also realized that no one else is interested in learning and remembering these details. It’s my job to be everything to all people, as far as all other people are concerned. They are “just helping.”

Convenient, that. I never agreed to be both lord and serf of this manor, but because I have been thrust into that role, I am also unable to demand excellence (to be honest I would settle for basic sufficiency) from the people around me. If I do, I’m being ungrateful.

But I don’t seem to receive much gratitude.

All of the physical and mental tasks involved in keeping a house and family going, the mental gymnastics of scheduling around other people’s needs, all of that “woman’s work,” is real labor. When mom is down, other family members realize that, but make no real effort to take any of it on for themselves long term. It isn’t an ignorance issue. Is it an entitlement issue? A laziness issue? Why should I be fielding where-is-the-swimcap phone calls when I am sick in bed?

How do we find ourselves in this position, and what can we do to relieve it? The basic truth is this: my time and labor should be just as valuable as other family members’. I should be able to be sick without the world falling apart.

What happens in your family when mom falls ill? How do others cope?