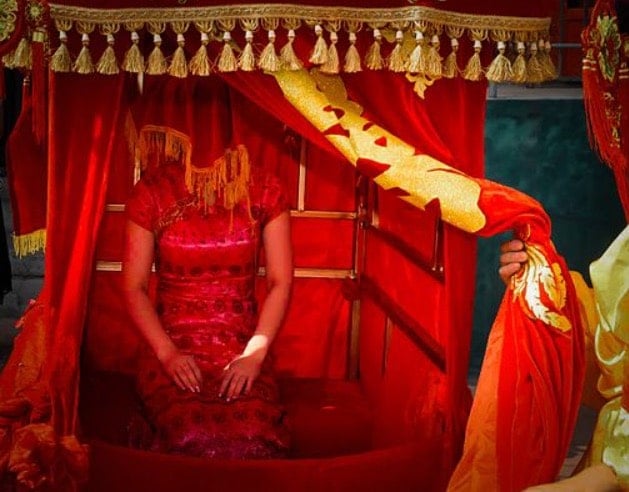 Are you a single woman currently enmeshed in the dating scene? Do you find it easy or difficult to find someone to date because of your success or independence? Being a single, independent woman should not be seen as a disadvantage, but in China, women are being targeted for not conforming to what’s seen as part of their tradition.

A recent advertisement has been circulating in China where a woman who may still be single after the age of 25 is labeled as a “Sheng-nu” or “leftover woman”. It is believed that women who have not secured a marriage before a certain age are not as favored by prospective suitors. Those who have been “lucky” enough to be matched are considered to have their future secured, unlike these women.

In this day and age, dating in any culture can be challenging. Finding the right person to connect with takes time and commitment, and should not be forced. The video in question shows how these women are pressured by their parents, going so far as listing profiles of their daughters at a Marriage Market in Shanghai. Shanghai’s Marriage Market at People’s Park has been around since 2004 and has been widely used by parents to find matches for their daughters whom they believe are past their prime. While the Market also lists profiles of men, it is those of women that have raised the alarm to fight back.

The advertisement is meant to bring awareness to the issue of women being discriminated against for not wanting to be part of what has been a tradition in China for many years. Part of the hold on this tradition is the thought that marriage is seen as the ultimate success of increasing one’s familial line. Any delineation from it is seen as turning away from one’s culture. Another reason is that women are seen as unable to fend for themselves, and need a man to support not just her, but her family as well. One heartbreaking segment is of a woman who sits by silently while her mother speaks about the difficulty of finding a mate for her average-looking daughter. Or a father saying that it would bring him heart disease if his daughter couldn’t find “the one” because she’s too picky.

While the idea of finding a mate in any culture is part of the norm, finding one because of a society’s view on unmarried women is subject for concern. The objective of being married off becomes the focus, instead of what they really want for themselves. This is happening even in this modern culture in China, where women work and are able to provide for their families

Shouldn’t women be acknowledged and supported for having the courage to say “no” to a tradition that’s forced upon them by their family and society?

Instead, so many women are caught between a rock and a hard place. To refuse to be matched by their parents would be the ultimate disrespect, but to acquiesce to an age-old tradition may only bring unhappiness.

The women in this advertisement do fight back by letting their parents know via video that they, too, want marriage, but on their own terms. They ask for support instead of disapproval for their success and independence.

As someone who grew up with strict parents, dating was nonexistent for me until I was in college. While I didn’t agree with my parents’ rules about dating then, I appreciate them now. Dating in my twenties gave me the opportunity not just to find the right person right for me, but know what I wanted in life.

The women in this advertisement may initially be seen as victims, but their desire to speak out against being labeled and let others know they deserve to be happy, make them worth remembering.

To see the video regarding this article, clock below:

This is an original post written by Tes Silverman for World Moms Network.

What do women in your culture think about marriage by a certain age?