CANADA: Hope For The Future In Troubled Times 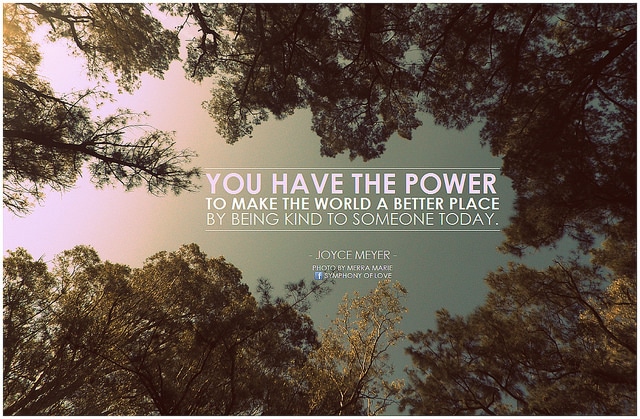 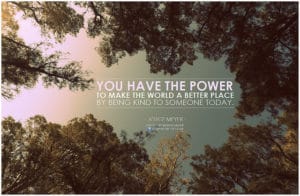 As parents, we tend to spend a lot of time worrying about the world are growing up in. There seem to be threats lurking everywhere, from seemingly innocuous neighbours who turn out to be child molesters to terrorist organizations and dangerous people being elected to powerful positions.

It is easy to be frightened for our children. It is easy to let the tragedies and the negative messages of the media overwhelm our lives.

From time to time, though, good things happen that give us hope for the futures of our children. That hope is multiplied when something good happens as result of a kid – a symbol of the future – going above and beyond what most people would do.

The story I want to tell you today started at a motel just down the road from me, which is used as a shelter for incoming refugees. Recent arrivals include several Nigerian families who have come to Canada to escape Boko Haram.

One of the Nigerian mothers, who had been in Canada for just two or three weeks, put her three young children onto a city bus so they could get to school. At the bus stop closest to the school, two of three children got off the bus. Their brother, who is in Grade Two, didn’t notice that they had left the bus, and they didn’t notice that he hadn’t followed. The two sisters went to school under the assumption that he was trailing behind, while he continued alone on a bus in a busy city that was new to him.

It didn’t take long for the school staff to notice that the child was missing. They put out a school-wide announcement for him and they searched the school yard.

Meanwhile, on the bus, a Grade Eleven student who was on his own way to school noticed that something was amiss. He had seen the three young children board the bus, and from the way they were chatting it was obvious that they were together. After the two sisters left the bus, he asked the little boy what his name was and what school he attended.

The boy was able to give his name, but being so new to the country, he did not know the name of his school. The high school student took out his phone and used Google Maps to find out the name of the school closest to where the two girls had gotten off the bus. He called the school, told them the boy’s name and asked if he was their student. When they said yes, he promised to get the boy safely to the school.

He got off the bus with the boy and crossed the road with him. The two of them got onto a bus going the other way, back toward the lost child’s school. The child, being under the age of thirteen, was not required to pay a fare. The high school student used his last bus pass, the one he had been intending to use to go home at the end of the day.

About ten minutes later, the child was returned safely to his school by the high school student. The little kid went to class while his principal drove the big kid to his own school. Lives that could have been changed forever by a tragedy instead went on as usual.

Sometimes, life turns on a dime. Most people are so wrapped up in the busy-ness of their own lives that they would not notice a seven-year-old traveling alone on a crowded bus. That child could end up lost, killed, hurt – the possibilities are horrifying. But because of one teenage kid who took the time to observe what was going on around him, and who cared enough to take action when he saw something that didn’t look quite right, this story had a happy ending.

In the comments below, tell us about something good you’ve seen or heard that gives you hope for the future.

This is an original post to World Moms Network by Kirsten Doyle of Canada. Photo credit: BK. This picture has a creative commons attribution license.