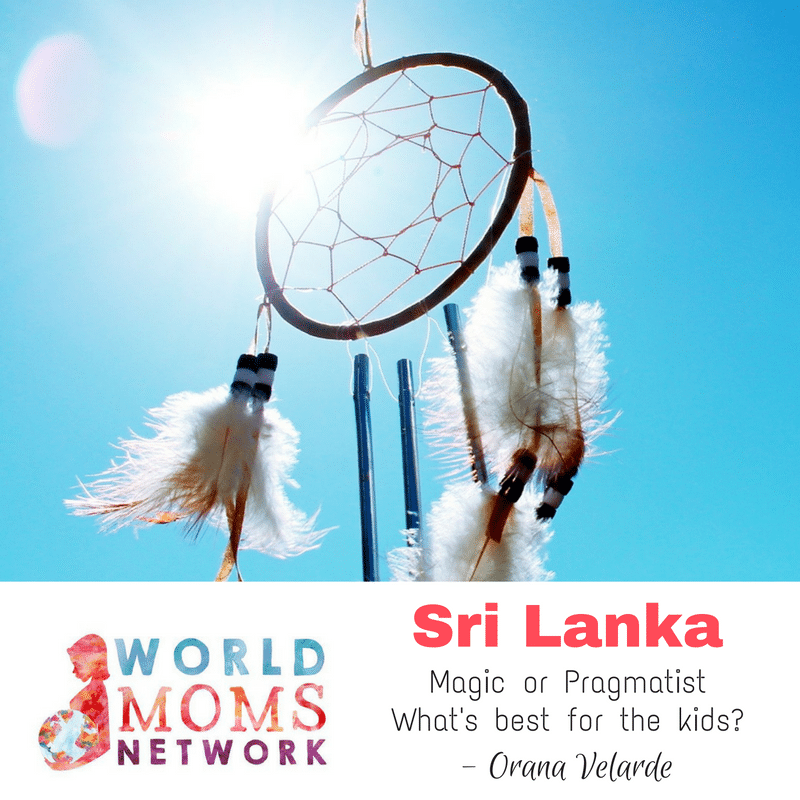 I’m a bit of a contradiction when it comes to instilling magic in my kids. I tend to be pragmatic and philosophical about things like Santa Claus and the Tooth Fairy and I think this confuses my kids a bit. My husband and I had a conversation the other day about how I am not letting them live the magic of childhood by being too over explanatory about things like that. When he asked why I wasn’t just letting them believe in the magic of Santa and Tooth Fairies while at the same time having a Fairy Altar in our living room.

I have always felt like a walking contradiction and my son’s wobbly tooth brought some of it out to the light.

When I was little I was made to believe in all things magical like the Tooth Fairy (El Raton Perez actually), Santa Claus, the Easter Bunny. For reasons and paths that life took us on, all these magical creatures became sources of frustration for me. My magical childhood turned into a tween life of hardly any magic at all. The realization of the nonexistence of Santa was sudden and felt like the ripping of a bandaid stuck to a scab (if you know what I mean…then you know the pain). Tooth fairies turned into orthodontists and braces, and the Easter Bunny turned into chocolate for the last time.

When my husband asked why I wasn’t fueling the magic, I answered that it was all a big disappointment in the end. He asked why I was projecting that onto the kids, when they could make their own realizations about all of it. He was right of course, but it took me an entire day to get past the feeling of “why are you attacking me again”. There are lots of kids that grow up just fine and the transition from believing in those things is a normal and peaceful one, there  is no point in me forging a sense of disappointment before it’s even time for the transition to happen.

I won’t tell him my philosophical story about Santa and just let them believe that the present in the red wrapping paper really is from the bearded man from the North Pole that came in his sleigh pulled by reindeer. I won’t tell him how the nordics and the pagans were mixed with the Christians to later be a story concocted by the Coca Cola Company to make more Christmas sales.

There isn’t much of a reason as to why I believe in magic but then try and erase it for my children. Why do I take the pragmatic approach? I think it all has to do with disappointment and my own childhood feelings and how magic can just disappear at the blink of an eye.

Why do I believe in all the gods and deities in the universe and teach my children as much but then cut the cord at creatures such as the Tooth Fairy or the Easter Bunny? Why do I separate ones from the others? Aren’t they just as real? My spiritual brain is very pragmatic, I studied theology and comparative religions and this has made me at the same time very believing but also very technical.

No point getting technical with the Tooth Fairy!

For my children I promise to keep my eyes open and let them believe in all the magic creatures they can think of without me telling them about how Coca Cola invented the red and white Santa and I won’t try and explain how the tooth fairy got her wings or why the Easter Bunny is made of chocolate.

Here’s to more magic in our kiddos’ early lives.

How about you? What kind of magic do you instill on your own kids?