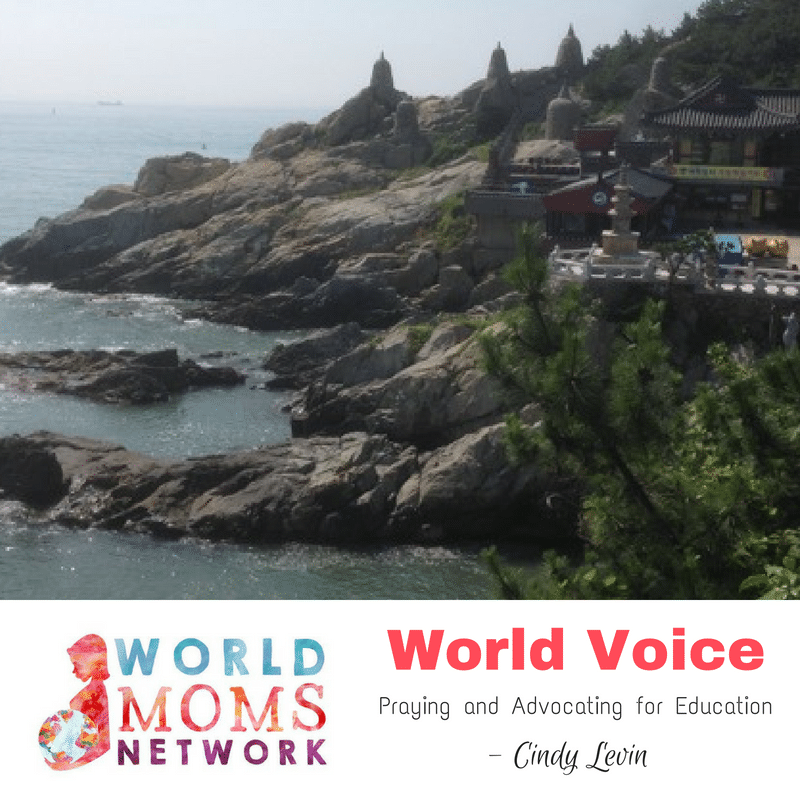 On a summer trip with our American martial arts school, my daughter and I were able to visit a very special place in South Korea. Haedong Yonggungsa Temple is a beautiful seaside Buddhist temple on the coast of the northeastern portion of the city of Busan. 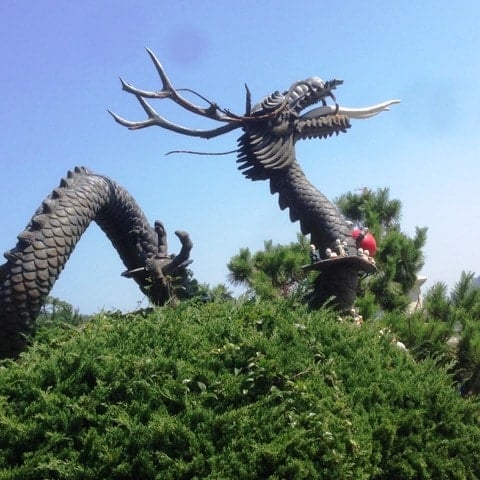 Most Korean temples are located in the mountains, but this place was striking because of the way it was placed with its dragon and lion statues turned toward a seemingly infinite sea. Imagine meditating in the open air, facing into the sunrise with the vastness of the ocean before you, and the calming sound of waves surrounding you! 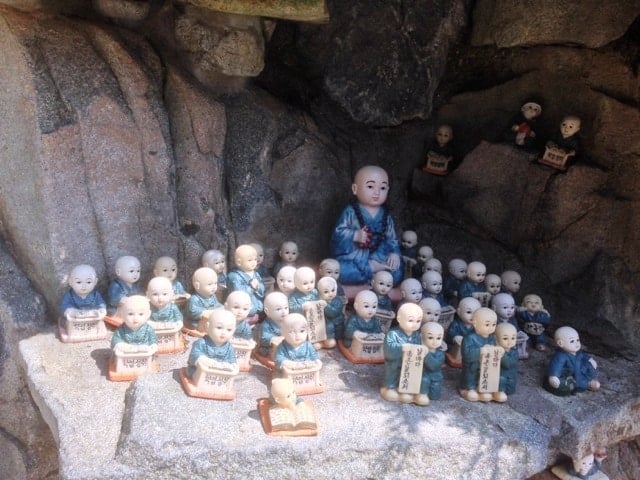 As we wound our way up and down stone steps, I was curious to see many small figurines of children crowding the ledges in the surrounding rocks. At first they looked like toys, but there were too many to be random. Our instructor explained that parents left them as tokens of prayer for their children to do well in school. There were even some stuck up on a statue of a dragon leaving me to think, “How in the world did a mom or dad climb way up there?” We also found more permanent statues labeled, “Statue of Buddha for Academic Achievement.” 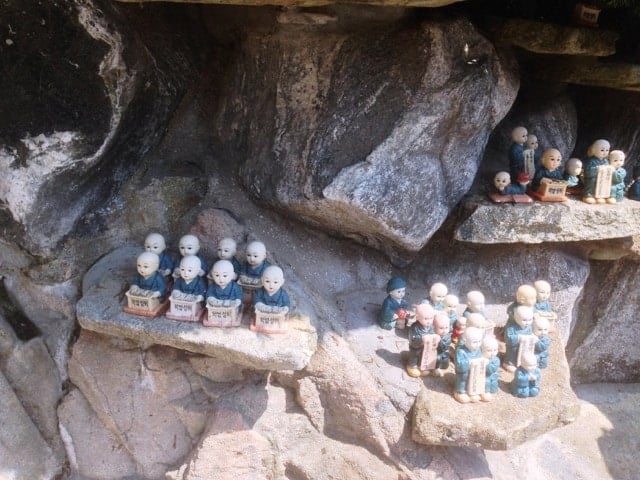 It was touching to see obvious evidence of parental care in a place dating back to 1376 AD during the Goryeo dynasty. Seeing something so near to my heart as a desire for good education displayed prominently affirmed my belief that – no matter where we live – we want to give our children every chance to live the best lives they can. 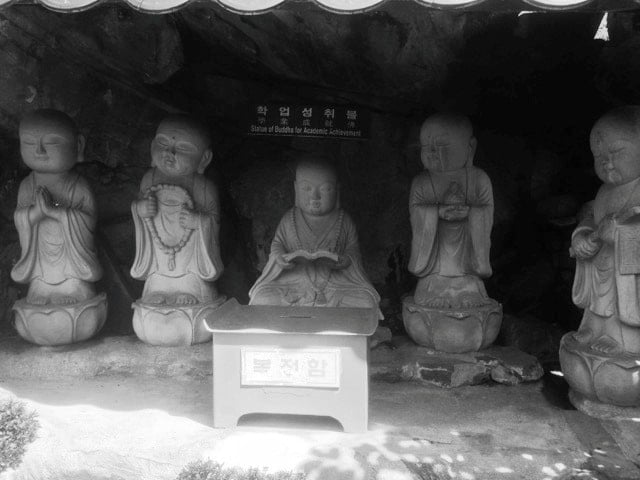 As a RESULTS volunteer who advocates against global poverty, I’ve learned the statistics behind what every parent already knows: more school means more opportunity. For each year of school completed, an child’s future wages increase an average of 10 percent. The is even greater for girls. On average, for a girl in a poor country, each additional year of education beyond fourth grade will lead to 20 percent higher wages. On a country level, education is a prerequisite for short- and long-term economic growth. No country has achieved continuous and rapid economic growth without at least 40 percent of adults being able to read and write.

Sadly, 59 million children worldwide don’t have access to school today and even among those children who do make it into a classroom, a staggering global total of 250 million kids – nearly 40 percent of the world’s children of primary school age – can’t read a single sentence. Quality primary education isn’t the only challenge. Sixty-five million adolescents are currently out of secondary school, and over 80 percent of children in sub-Saharan Africa lack access to preschool.

I’m proud that the U.S. has long been a leader in supporting developing countries as they work to educate their children. But more must be done to increase the effectiveness and impact of this work. For my part, I am asking my U.S. senators to support the Education for All Act (S. 3256). A well-resourced strategy coupled with increased transparency and accountability is needed now to ensure the U.S. government effectively contributes to realizing quality education for children around the world.

I encourage every World Moms Blog reader who lives in the U.S. to also reach out to his or her own senators in support of the Education for All Act. For readers in other countries, find out what your government is doing to promote global education. After all, the United Nation’s Global Goal #4 is to “ensure inclusive and equitable quality education and promote lifelong learning opportunities for all.”

This is an original post written for World moms Blog by Cindy Levin.