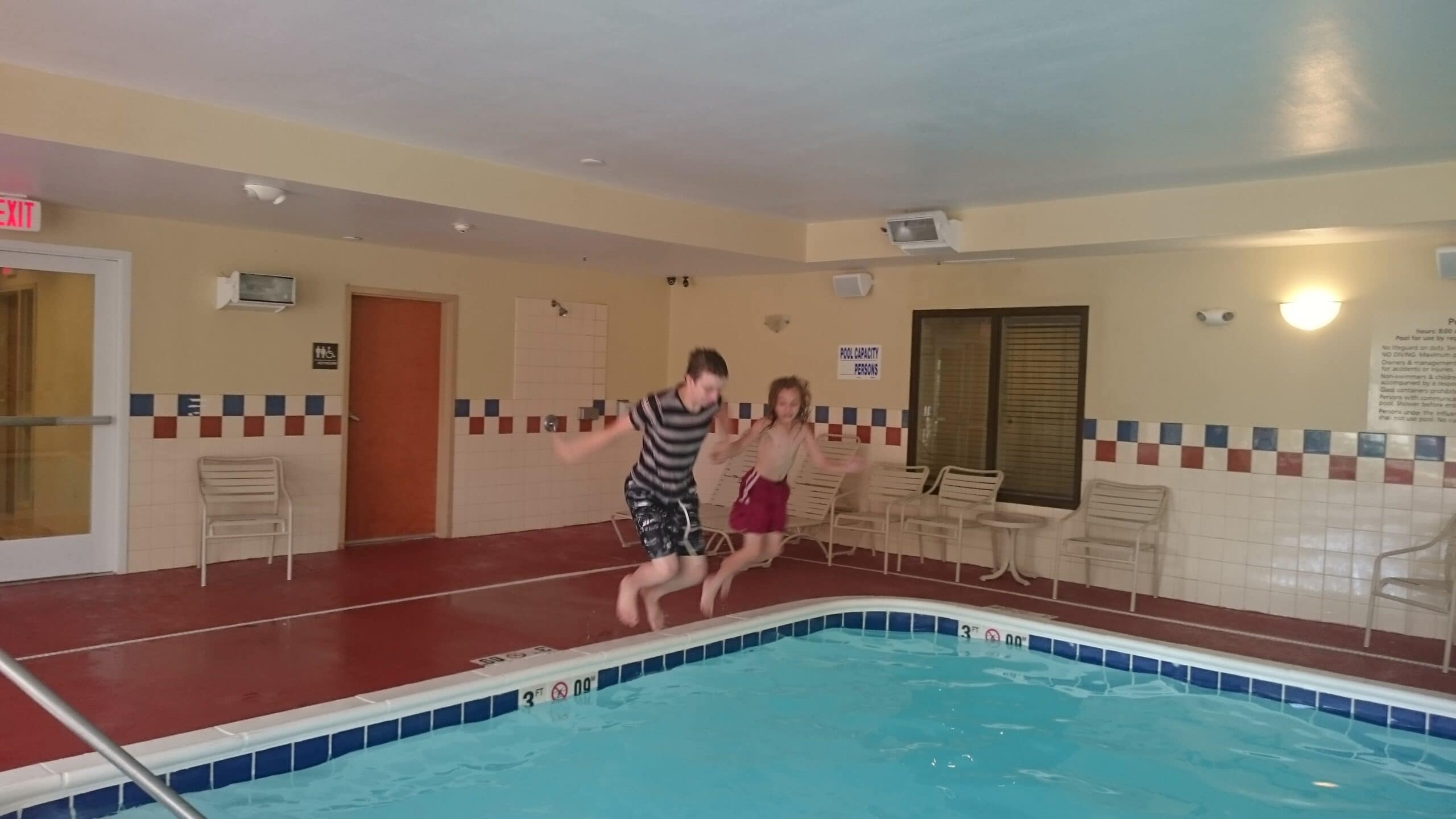 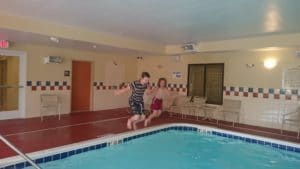 Autism boy and his brother at the hotel pool

When he was younger, my autism boy was terrified of water. Bath time was an ordeal that involved physically restraining this petrified, screaming child while we sponged him down as best we could. When we had to wash his hair, we would have to take him by surprise and wrap him up like a burrito before he would realize what was going on. These gruelling sessions usually ended with me in tears as I contemplated what I was putting my child through.

A trip to a splash pad one summer’s day a few years ago led to the discovery that although my autism boy hated being submerged in any body of water, he would consent to standing under a spray of water. From that day, our lives were a lot easier: bath time became shower time. My son was not exactly thrilled, but the screaming and terrified looks were replaced with crying and more manageable anxiety.

Although keeping my child clean is less traumatic than it once was, it is still challenging. My son only just manages to tolerate being in the shower for any length of time. Every minute that he is in there, he begs to be allowed out.

And so it was with a great deal of trepidation that I decided to enrol him in swimming lessons this summer. Fear of water or no fear of water, this kid has to learn how to swim. Individuals with autism are twice as likely as the general population to die prematurely from accidental causes. An extremely high percentage of those deaths are drownings.

And so I called the local aquatic centre and told them I wanted to put both of my boys into swimming lessons. I explained about the autism and the fear of water, and expressed my concern that my son would not even get into the pool.

“We won’t know what he’s capable of unless we give him the opportunity to try.”

These words told me everything I needed to know about the staff at the aquatic centre: that they were prepared to work with my special needs son in a positive and inclusive manner.

On the day of the introductory lesson, I deposited the boys with their instructor and made my way to the observation room, where I leaned forward in my chair and waited anxiously. I knew, at least, that my autism boy would be greatly reassured by the presence of his brother. As I watched, the boys were directed to sit on edge of the pool and dangle their legs in the water.

My younger son readily complied. The autism boy watched him for a few moments, and then followed suit. I held my breath, waiting for a disaster.

But instead of screaming and panicking, my son gingerly lowered himself into the water, to where his instructor was waiting.

I’m sure there was an audible thunk as my jaw hit the floor.

With his hands resting lightly on the instructor’s shoulders, my boy walked from one side of the pool to the other, and then back again. He waited patiently as the instructor went through the same paces with my younger son, and then he did it all over again.

Half an hour later, I met my kids at the entrance to the pool. Both of them were full of smiles, and my younger son could barely contain his excitement as he described how well his brother had done.

Several weeks have passed since then: during this time, we have had a family vacation that included many hours at hotel pools, and there have been two more swimming lessons. Almost overnight, my autism boy has become a water baby. He’s not exactly Michael Phelps, but he can float with support and put his face into the water.

This experience has been a valuable reminder for me to never assume that my kids will not be capable of something.

Have your kids ever surprised you with an accomplishment that you weren’t expecting? Have they ever come to love something they once feared?