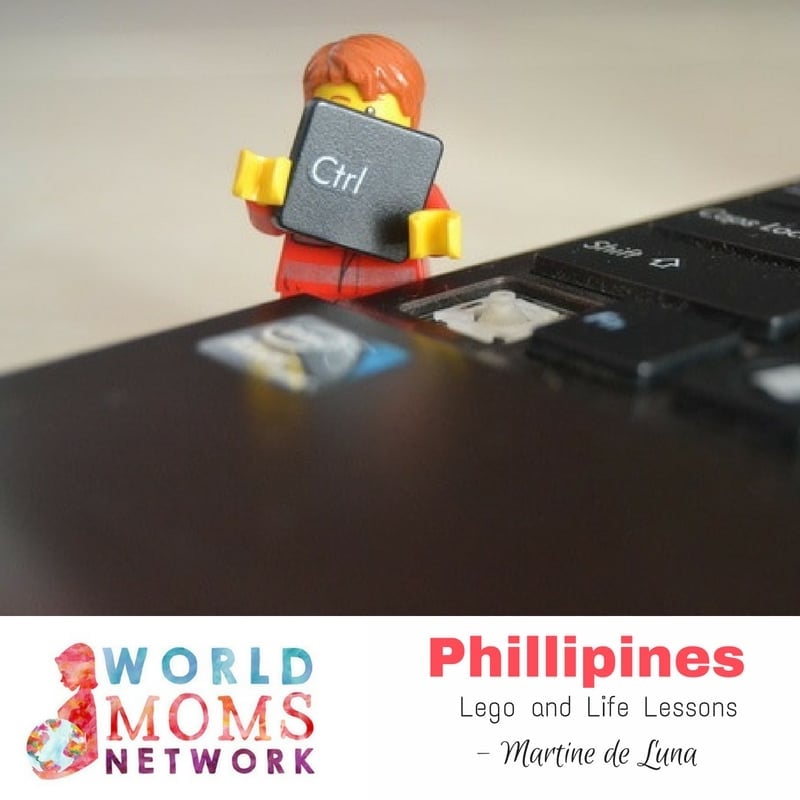 I watch my son playing with Lego almost every day. He’s currently using the Basics series, you know, the ones with little neighborhood scenes and people. Most times, though, he’ll create something new, something out of the box and different. He’s an imaginative boy, so I just let him be. Sometimes he’ll work for a long time on a project, not rushing it so that he can get it right (at least in his point of view). 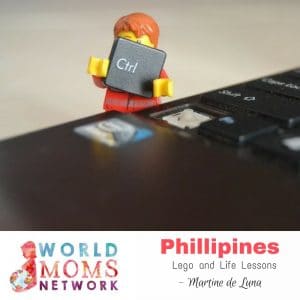 At some point, my daughter eventually locates her big brothers’ work and, well, swiftly ends it. Her brother is five years older, but even then it’s hard for him to not take the attack on his Lego model as a personal thing. “She destroys everything,” he has often lamented, sometimes in tears of frustration. I have to explain to him that his baby sister never means anything intentionally. She is just doing what she knows (and at this stage, it’s to be the arbiter of destruction to her brother’s toys, my laptop and my husband’s coffee gear).

“You can always start again,” I’ve told Vito. “You already know how to build things. Just make something new.”

He sniffs, annoyed, frustrated and impatient all at once. “But she’ll just break it again.”

While stroking his head, knowing he is fighting back tears, I say,

“Yes, she will. But you can always, always build it again. You can make it so she can never break it again. And maybe you can show her how to build, too.”

My boy then walks away, in a mix of emotions, half in agreement, half in annoyance. It’s just a matter of time before he moves on to something else, creating again, imagining again, all the while mindful of what I’ve said.

Sometimes I’ve had to tell myself the same thing: “You can always build it again.”

In the past year, I’ve said this over and over many times. Because life has been kind, but it’s also had its harsh way with us.

We lost our home late last year. It was the first time in six years we didn’t have a home to call our own. “It’ll be OK. You can build it again.” While we can’t build a physical house (not yet anyway), we can make a home with what we have been able to make a new home for ourselves in a small place inside my parents’ compound (which is how many Filipino families live, in fact).

My husband lost his job. It’s been almost a year since my husband has been without a regular job, and since then he has setup a new business making specialty coffee and doing coffee pop-ups. It’s not stable, but it’s a start. “It’s going to be OK. We can build this.”

I failed as a mother. Several times, I can’t even count anymore. I’ve not been the best mom, and sometimes I torture myself over not being present enough for my kids. I totally failed being a work-at-home mom the last two years. It had me out of the house more times than I had imagined possible, and I’ve been beating myself up for it quite a bit. Then I see my kids, ever-forgiving, ever loving towards me. Of course, my children do not need to worry about these things that I deal with in my soul. All they need to know is that “Mom is here, she loves us, she takes care of us. We will be OK.”

Yes, my darlings. It’s going to be OK. I can build again.

And that’s really what I want to tell you, the mom reading this. You can begin again, build again. It may not mean restoring an old thing, it can be something totally new, something you haven’t thought possible before. I’m learning to be like Lego, you could say, and letting life guide the “build,” praying that whatever chapter we’re in, we as a family will learn the lesson, accept the season, and come out of it stronger than ever.

This is an original post by World Mom Martine De Luna, a writer from Manila, Philippines. Find her daily on Instagram @martinedeluna and @makeitblissful.