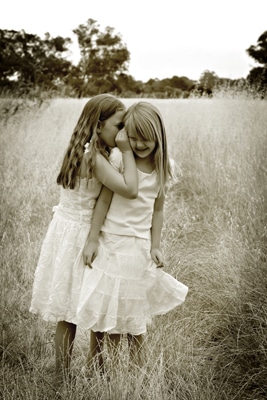 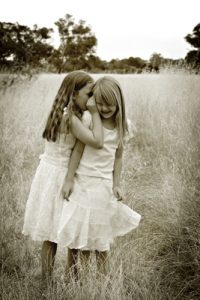 When I think about adults with secrets, I mostly imagine sadness, nasty stuff or crime. Mostly sadness though. Actually, I don’t even know if I have big or little secrets myself. Probably not. I’ll have to think about it.

But a child with a secret, I absolutely love that. It’s touching and a little bit nostalgic. It makes me think about the candy I once hid under our beech tree, savouring one every once in a while, including the black sand it was buried in. My secret treasure…

My two children, they share a secret. The youngest however, age 7, is absolutely terrible at keeping secrets. At Mother’s Day, she has never made anything, especially not for me, and I shouldn’t go looking behind the couch at all. Oh, and it doesn’t have hearts all over it. That kind of terrible. She just adores sharing inside knowledge. And now she has to keep a secret.

Yesterday, she almost told me, while we were driving home from school. It was a school secret, completely fresh and just begging to be shared with the world. Or at least with me. Her big brother was just in time to keep her from giving it away.

When we got home, she whispered she would tell me later, when her brother was not there. Now that was quite a difficult parenting moment for me.

You need to know that I am a terribly curious person. It makes me who I am. I could never be a mail woman. All those closed letters, never knowing what is inside, what the story is behind that stamp, whether it is good news or not: my fingers would itch all the time. At least as a scientist, I can give in to that natural curiosity and the urge to reveal secrets.

That day, I had to grit my teeth and be a mother, not a scientist. I told her she was not allowed to tell me their secret. I explained to her that it is important for siblings to have little secrets, so they learn to trust each other. I did tell her she could tell me the secret if it was about something dangerous or something which didn’t feel right to her.

I ended my little speech by telling her I didn’t want to know their little secret anyway.

She didn’t believe that last bit. This daughter of mine is less naive than I am.

But she did walk away without spilling the secret. I’m not sure which one of us had the hardest time at that.

It has been five weeks and I still don’t know what it was about.

How do you feel about your children keeping secrets? Do you think it is important for them or do you fear they will also keep less innocent secrets when they grow up?

This is an original post to World Moms Network by K10K. Photo credit: Lisa M Photography. This picture has a creative commons attribution license.