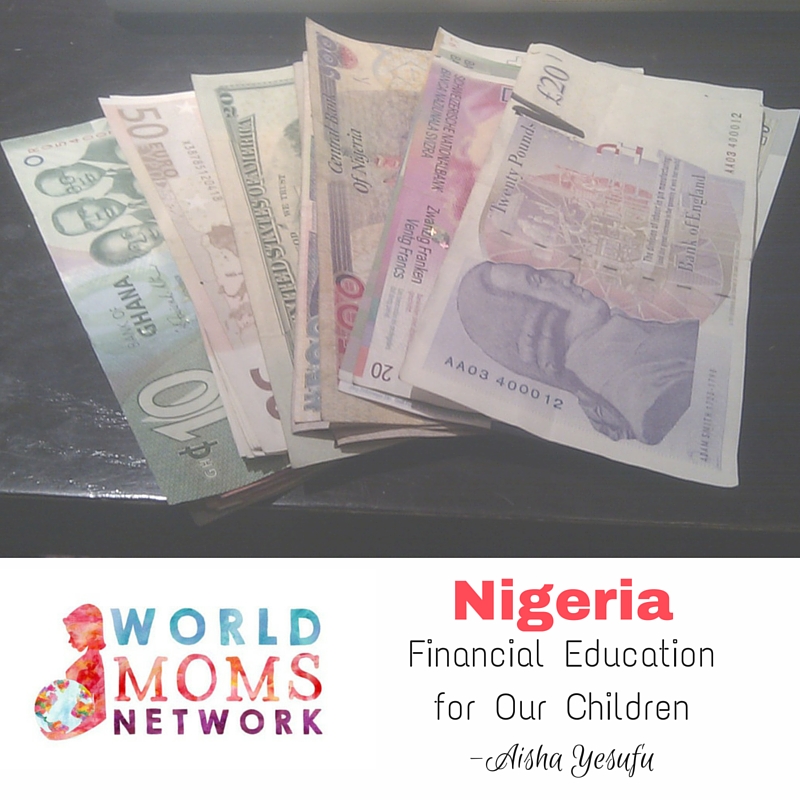 “Mummy, is it Buhari’s fault that the economy is bad?” My daughter asked me this when she returned from school one day. She’s referring to Muhammadu Buhari, the president of Nigeria. “You must always call him President Buhari,” I corrected my daughter. Then I realised this was another opportunity to educate my daughter about economy and finances.

I told her it’s not President Buhari’s fault that the economy is bad, rather it is the choices we made as a country. I told her Nigeria is like a big family. Imagine that the father had a big job and they paid him a very good salary. In this family, perhaps the mother chose not to work because the father’s salary was so good. The family lived well, and often traveled abroad for holidays, wearing designer clothes. Everything they did was expensive. They had huge parties all the time. Their children went to expensive schools and they go abroad for treatment even for a simple headache.

The father earned well, but did not save anything and sometimes borrowed even more money to maintain their extravagant lifestyle. At one time some family members started stealing the money for their own personal enjoyment. They stole this money right out of the family account.

Eventually, a new father was brought in and the salary was reduced further and further. The family still had no savings and money was still being stolen from the family account. The new father found it difficult to support that expensive lifestyle the family was accustomed to. In this case, there would be economic problems and it wouldn’t necessarily be the father’s fault. In the meantime, the father must still deal with the people who stole from the family account, and try to recover the money.

“Do you understand now?” I asked. “Yes, I do,” said my daughter, and she went away, satisfied.

Our children know something is wrong and we need to explain to them what is going on. At a school meeting recently, I overheard a parent wondering how can she tell her child they can’t afford to pay school fees? I told them as parents you need to financially educate your children. This is not done in school, so it’s the parent’s duty to ensure that children are aware of economy and finances.

My children are part of our family’s economic life. They know what’s going on in our businesses and their father’s job. They know when things are good that we are investing, and they know why we invest. They know where the money for their school fees is coming from and what sacrifices were made to make ends meet. When business is bad, they know. At one time I thought we couldn’t pay my daughter’s school fees and I told her she had to delay a week or more before starting school (we always pay school fees before resumption date. It’s my personal stand). Luckily we managed to pay on time, but she learned that it’s a possibility and understands life sometimes throws a spanner into the works.

When we joined my husband in Abuja in 2011, my children’s school fees were fifty times higher than what we were used to paying. I had to sit my children down to explain that we needed to make sacrifices for their education. One of the decisions we made as a family was to reduce travelling abroad for holidays. So we did, and my children understood why.

In December, my daughter went to Europe for her school’s annual ski trip. She noted that there were a lot fewer students on the trip than previous years. My daughter also went to Wales this month for the Duke of Edinburgh expedition. Similarly, not all the students participating in the Duke of Edinburgh programme went for the expedition. I had to explain to her there was economic downturn and it was not easy for all families to afford such trips. At the moment, we are seriously worried about paying for education because our currency was losing value. She gave me a worried look and said, “God willing, everything will be okay.” “Amen,” I replied.

My daughter left the house a better-informed child. I hope that when she becomes an adult, she will be better prepared for economic and financial challenges because she learned about it as a child. As parents, we cannot shield our children from the reality of life. Let them learn from us and be more financially savvy.

How do you ensure that your children get a good understanding of your family finances?