UAE: It Takes a Village 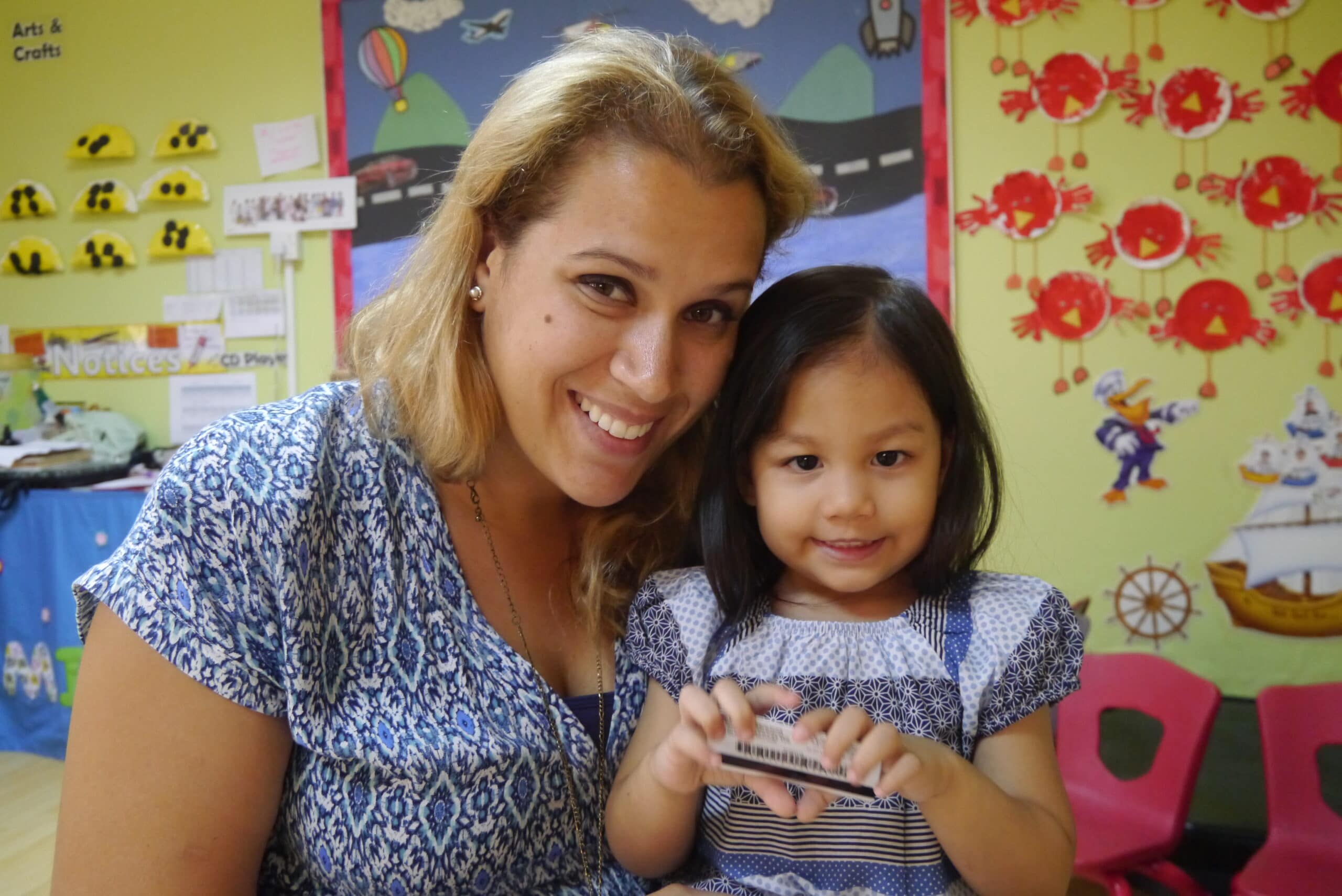 You often hear that “it takes a village to raise a child.” Usually this takes the form of one’s family and friends in the familiar milieu of a place that you’ve been brought up in. However, when you’re an expat living far away from home, this might seemingly not apply. You will have occasional visitors, but for the most part you need to survive and thrive on your own.

We have almost reached the first anniversary of our arrival in Abu Dhabi and my daughter is approaching her third birthday. In the past year, she’s transformed into a confident little girl, due in great part to those whom she interacts with everyday. She loves talking to everyone she meets, and has made many friends with both children and adults alike.

I’ve had the fortune of meeting many people since we’ve arrived; some have become dear friends and others are acquaintances I meet occasionally in the course of my day. They offer friendship, conversation and support not only to me, but to my child and family. In a place like the UAE where expats make up 80% of the population, this is probably something that most of us strongly appreciate and even crave, especially when you’re a stay-at-home mum.

Here are a few of the wonderful people we’ve met, who are my daughter’s friends and who often help me to teach my child innumerable life lessons. 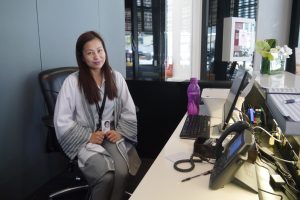 Mian is a receptionist in our building’s lobby and is often the first person we meet when we leave our apartment. She has a ten year-old son back in the Philippines and has spent the last 7 years working in Abu Dhabi to support her family. Her two sisters are coming over to work here, and she hopes that when this happens, she can take a break and be with her son for awhile. She recently returned from a one-month trip back home and has many stories to share of her son. Whenever we return from nursery, my daughter will run to the reception table to say hi and stop for a chat before we return home, telling Mian what she did with her friends that day. 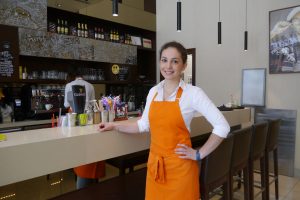 At one of our favourite cafes in the neighbourhood, Cindy is my daughter’s favourite waitress. I think all parents would agree that friendly wait staff are angels sent from God! She takes the time to chat with my daughter and plays with her whenever we stop by. Cindy is 21, from Albania, and has been here for 1&1/2 years. Her brother arrived a few days ago and is about to start work in a newly-opened hotel, so she’s very happy that she now has family here. Cindy told me that back home, her mother looks after other children while their parents work. As a result, she used to spend a lot of time with them and could understand what it’s like to look after a child. It’s no wonder she’s so great with kids. We always enjoy our meals at the cafe, especially when Cindy is there as her friendliness never fails to bring a smile to my daughter’s face. 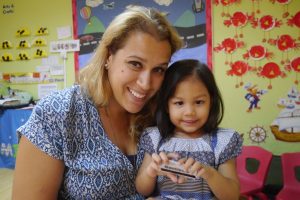 Ms Jasmin is my daughter’s teacher at nursery. She has lived in the UAE for the past decade and her two children have grown up here. When I asked her what was most challenging about her job, she said that it was educating parents and getting them to trust that the teachers knew what they were doing, as well as working together with parents to achieve the best for their children. The most fulfilling aspect was the kids themselves. Throughout the course of the school year, the children change immensely; they learn many new things and their progress is so evident. This is hugely rewarding for her. We have been working together to help my child with her behaviour, and I can see the development since she’s started school. A lot of her social skills have been built at nursery, and this would not have been possible without the support of Ms Jasmin and her other teachers. 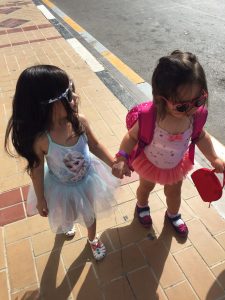 Little Tida and her mum were the first friends we made in our building. Now the girls even go to the same nursery and enjoy many activities together. When they initially met, they were much younger and needless to say, there were some tears when they played with each other. In the past year, we’ve seen both girls become fast friends! They’re now in the chatty phase; from barely speaking, they have progressed to having little conversations and influencing each other’s behaviour. It’s amazing how little ones have the ability to change so much in a short time and also create changes in other children through their constant interaction.

Even though we’re thousands of miles away from home, I have a wonderful support system to help bring up my child. The people whom we interact with daily, they are our village and I’m so thankful for them!

Who do you consider to be your “village”? Do you have a non-traditional one? Tell us more!

This is an original post to World Moms Blog by KC in Abu Dhabi, United Arab Emirates.

Karen is a Singaporean with an 8 year-old daughter who’s a little fire-cracker version of herself. She’s spent the last 15 years in her various roles as trailing spouse, home-maker and educator. Having experienced 5 international moves alternating between postings and her home country of Singapore, Karen considers herself a lover of diverse foods and culture, and reckons she qualifies as a semi-professional packer. She is deeply interested in intercultural and third-culture issues, and has grown immensely from her interactions with other World Mums.