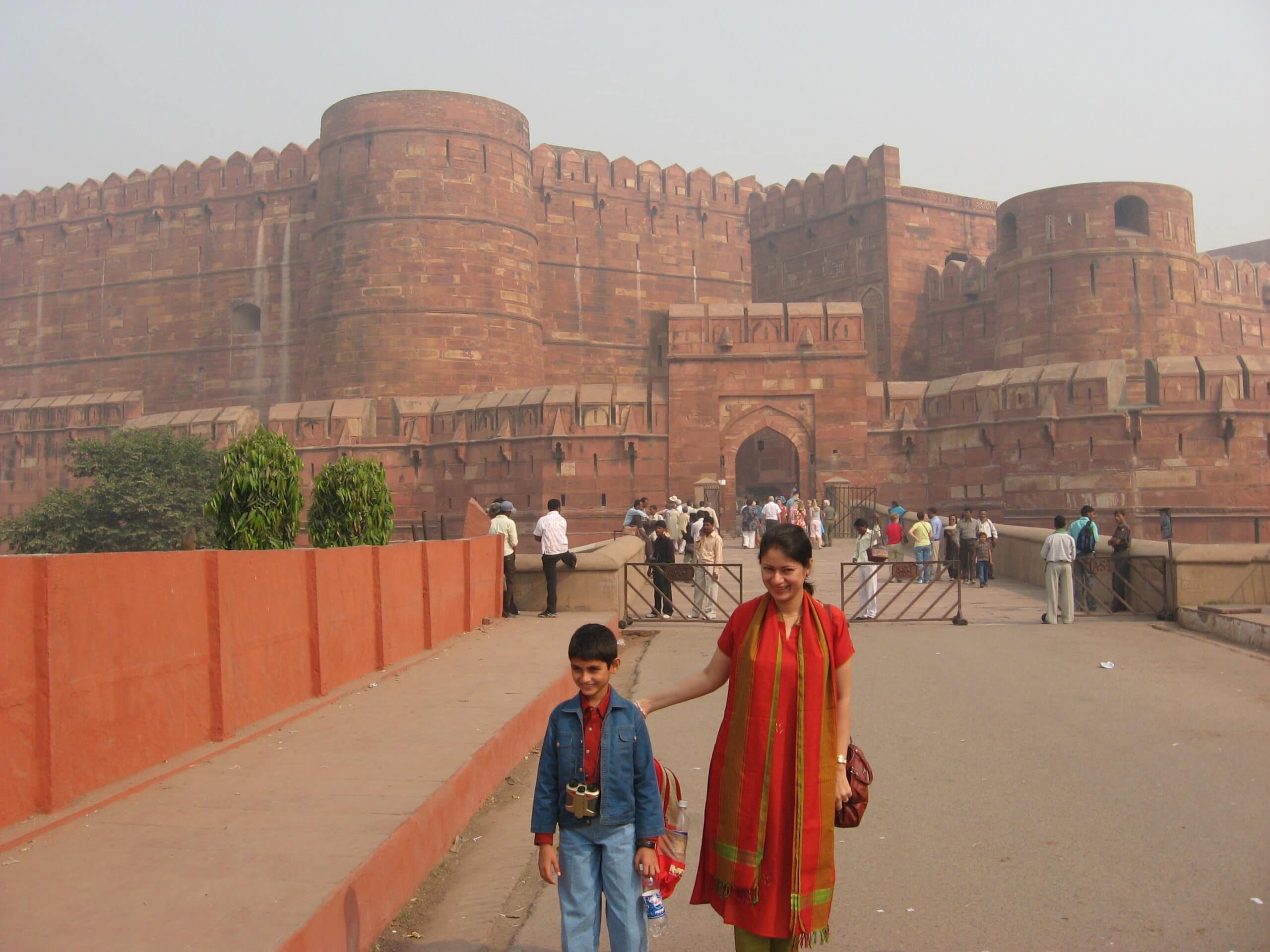 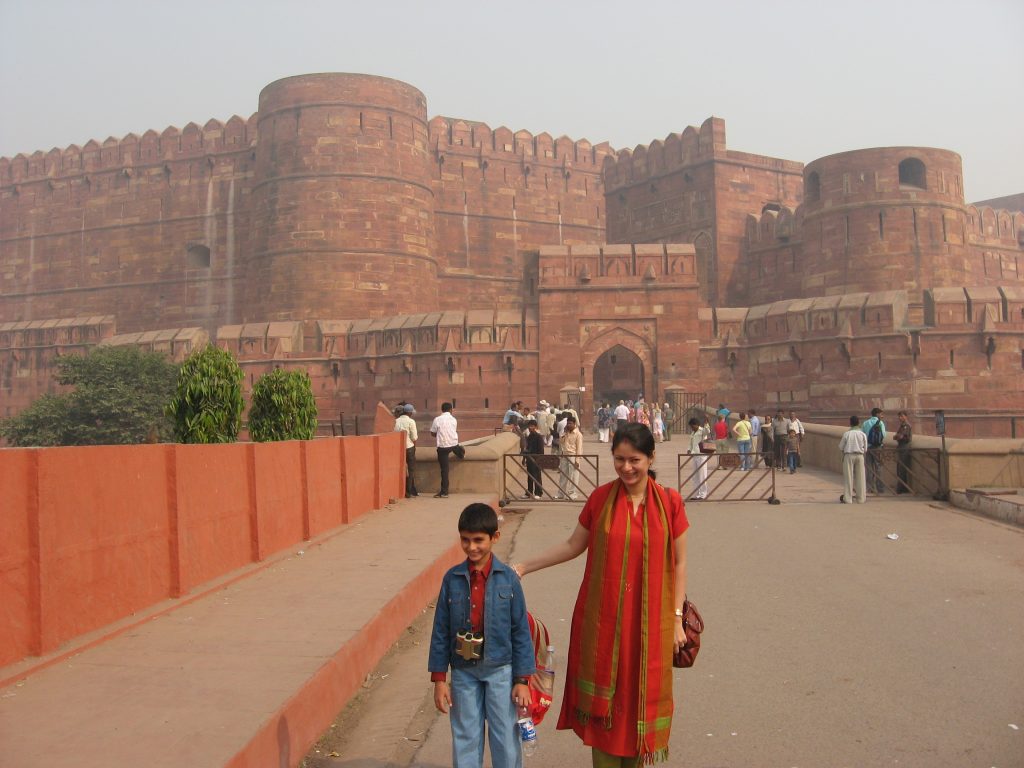 The Author with her son.

It’s seldom admitted but true. Lots of working, married urban women fear the effect that a new child will have on their ability for juggling spreadsheets and power point presentations at the office. Or, look upon the baby as a desirable added dimension to their lives but want to keep other areas at status quo. Depending upon the duration of maternity leave, available support systems and the new mother’s ability to cope with sleepless nights, the infant is soon handed over to the care of the grandmother, resident care-giver or the friendly neighbourhood crèche.

Hence when I announced to the world at large my plans for quitting my job for Full Time Parenting (FTP), I was prepared for goggle-eyed reactions. What I didn’t expect was the constant need to justify this decision to friends, relatives and the third cousin of the neighbour’s aunt-in-law! Objections ranged from the mundane (“You will be thoroughly bored after a while) to doom’s-day prophecies (“This will be a professional suicide.). Interspersed were a few whacko ones (“It’s irresponsible to waste yourself”) and a few, exasperated, “let’s put some sense into her head” type of reactions.

What was everybody dreading on my behalf? The loss of the status of a “working woman”? The giving up of that tiny perch on the huge mountain of the corporate world, that announced to the world “This is who I am”?

No, it was about “liberation”, the kind that is often equated with a job, any job, at long as it pays. To female friends and colleagues, I was suddenly the betrayer of a system, a traitor to the cause of emancipation. Instead of becoming a new member in the circle of working moms, alternating between the adrenaline of economic independence and the niggling anxieties of part-time parenting, here I was, stubbornly choosing to go the whole hog with parenting.

Was the job no good? Au contraire, it was a dream job, won by sheer dint of hard work after a gruelling two-year MBA. Then why did I quit? Because, once having decided to bring in a little soul into the world, I wanted to be a 24/7 mother for a good, long while, living the roller-coaster ride of joys, hopes, worries and triumphs. Because for me, “a meaningful life” had always meant a basket of activities, pursuits and callings. Because what works for another may not suit me at all.

Because true liberation is about making those choices that bring happiness. Not about living up to other’s expectations of what a female, well-educated, working mother ought to be. And about respecting that inner voice that refuses to be shushed and is not afraid to walk off the beaten track.

Idealism can be practical too:

Because, like a child in a candy store, my wants know no limits – I want to be a woman, wife, mother, writer and professor, all at the same time. Because I want to shape my life exactly the way I like not in a de facto, “patchwork quilt” manner dictated by an increasingly demanding corporate world. Because my curiosity and naïve optimism make me plunge thoroughly and completely into whatever I decide to do; there’s no holding back, no half-hearted measures. Because I am a foolish, idealistic woman in the era of plastic, recyclable ‘values’. Because I like to live out that hoary old adage: ”If anything is worth doing at all, it is worth doing well”

At work, I revelled in the thrill of new challenges and the fancy designation. But this certainly wasn’t what I wanted to continue doing for the rest of my life. Then why use it as the ostensible reason for not changing priorities? I’d rather use my training of my corporate stint to reach and influence people differently, as I do now. The idea of doling out measured minutes of “quality time” to my child, after I reached home bone-tired from work every evening, never fully satisfied me. To my mind, quantity is also important. And I prefer family values to those of the paid-by-the-hour surrogates.

Yes, the pay cheques were initially slimme. But the grey cells are ticking, the mind and heart are raring to go, and it’s delightful being one’s own boss. On a particularly bad day, when my toddler drives me up the wall, I do get nostalgic about the super-charged office that I once inhabited. But then, it’s exhilarating to do one’s own thing. And the balance between work, creativity and family is oh so delightful! All things considered, I should probably thank the little tyke – he was the right reason at the right time. 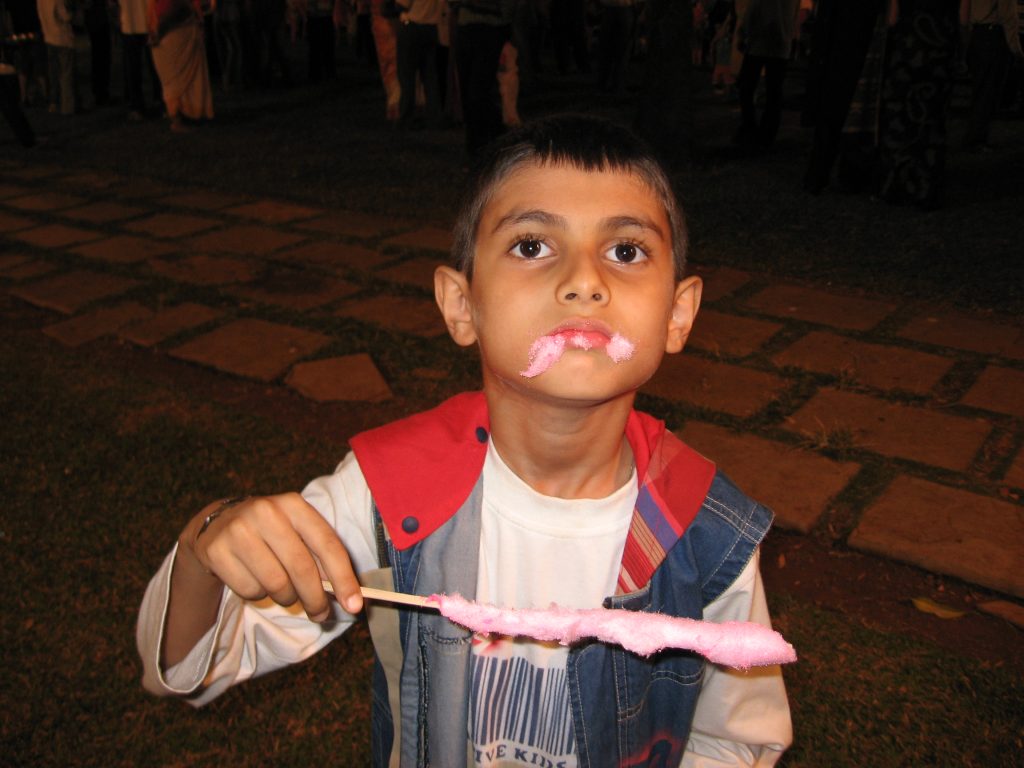 “Ma, the candy floss got over too quickly!”

Each mother has her own world view, her own list of priorities. And while every mother loves her child with all her heart, the manifestation of that love would be unique for each woman. Hence there can be no “one size fits all” kind of rule. What works for one might not do, for another. As long as we can remember to say, “To each, her own”, the world will be a teensier bit better!

What worked best for you as a mother?

This is an original post written by Piya Mukherjee for World Moms Blog.