WORLD VOICE: In The Wake of Ebola 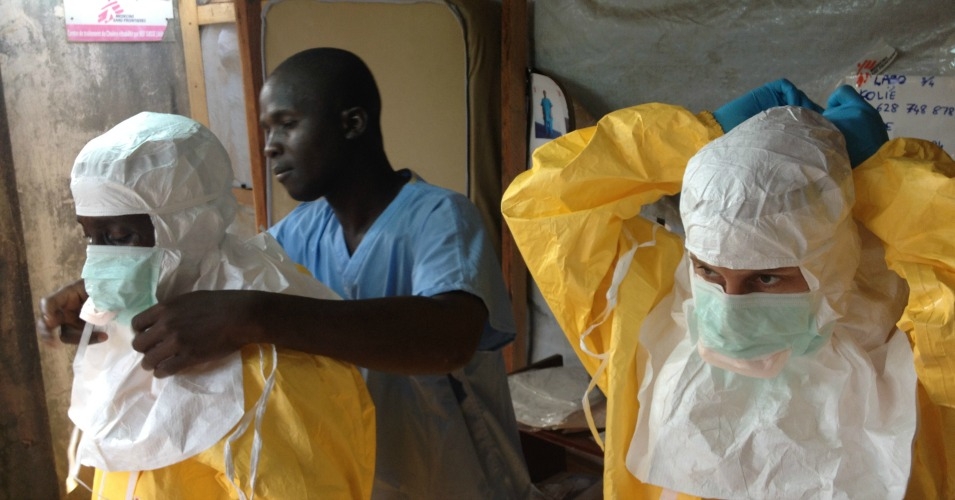 The World Health Organization declared the Ebola outbreak in West Africa officially over this past week. The Ebola epidemic that swept through Guinea, Liberia, Sierra Leone, and into Nigeria last year highlighted the importance of rapid response, and strong health infrastructure. Credited for halting the spread of the virus more widely in Nigeria was the Polio tracking system and stations already put in place by GAVI (Global Vaccine Alliance). Unlike the surrounding countries, Nigeria was able to use that already existing health care network and alert system to quickly track down possible exposures. Also highlighted by the outbreak was the importance of nutrition in preventing disease to begin with. Well-nourished children have much stronger immune systems than malnourished children, and are more resilient to bounce back when they do get sick. Sustainable Development Goal number two is zero hunger, a global priority since WHO estimates that malnutrition is the underlying cause in half of child deaths world wide.

I knew that malnutrition made immune systems vulnerable, but working with a local non-profit specializing in the treatment and prevention of child malnutrition on a global level has given me new insight into just how critical proper nutrition is for the individual, and the world as a whole. You might be surprised to learn that the second largest producer in the world of a nutritionally fortified peanut paste used to treat malnutrition called Plumpy’Nut is located in the smallest state in the USA. Edesia is a non-profit that partners with organizations on the ground such as World Food Program, UNICEF and USAID to offer treatment and malnutrition prevention solutions to those who need it most. Countries such as Sierra Leone and Liberia had been receiving shipments of Edesia’s products long before the Ebola outbreak, where malnutrition was already an issue for many children before the virus hit. In the countries of Liberia, Guinea, and Sierra Leone the compounded crisis of child malnutrition was both a contributing factor, and then a cruel aftereffect of the Ebola epidemic. 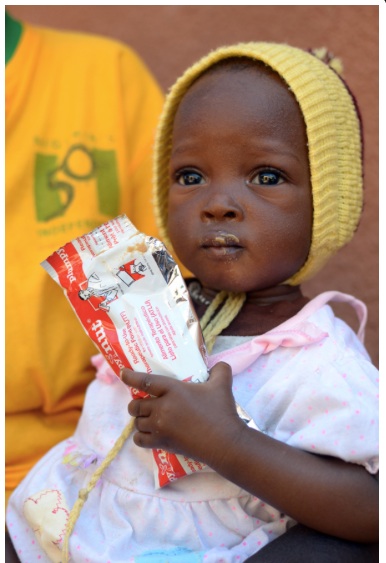 “More people were dying from malnutrition and other medical illnesses than from Ebola.” even at the height of the outbreak. “ So many infectious diseases are intertwined with malnutrition to begin with.”

The communities impacted the hardest were already fragile when the virus hit.

Dr. Flanigan explained, that the countries impacted by Ebola were some of the poorest countries on the continent. After years of civil wars, the destruction of the infrastructure had already made it a challenge for people to get enough to eat. Hunger, malnutrition, and starvation were already common realities in these vulnerable populations.  All efforts and resources available then went to tackle Ebola when it hit, leaving any of the already challenged social services in place, like school meals or vaccine clinics, to flounder. When 20-day quarantines of people in homes with no running water, or electricity, (meaning no refrigeration for food), were instituted in some households, malnutrition rates were bound to soar.

Children are often the most vulnerable population in crisis scenarios, they are at much higher risk of disease when malnourished, even if they escape succumbing to any number of viral threats malnutrition puts them at risk of never growing to their full potential. The products produced in Rhode Island at Edesia, such as Plumpy’Nut and Plumpy’Sup, can literally save the lives of these children. In just 6 weeks on average a child suffering from Severe Acute Malnutrition, or SAM, can get back to their full healthy weight when treated with Plumpy’Nut. Last year Edesia reached nearly a million children.  The United Nations Food and Agriculture Organization estimate is that nearly 795 million people (out of the 7.3 billion world population), so 1 in 9 people, suffered from malnutrition during 2014-2016. The goal at Edesia is to reach as many children as possible to help them thrive, and that means being prepared to react when the need arises. One of the essential building blocks to good health is proper nutrition, and a healthy community is a more resilient community. We saw how effective it was in the case of Nigeria and the Polio network to have systems in place when disaster strikes.  The investment in global nutrition not only can help to prevent future outbreaks of disease, but ensure that all children have the opportunity to grow into healthy, productive adults.

What are some of the other lessons that this outbreak Highlighted?

This is an original post written for World Moms Blog by Elizabeth Atalay who also writes at documama and is the Digital and Social Media Specialist at Edesia.