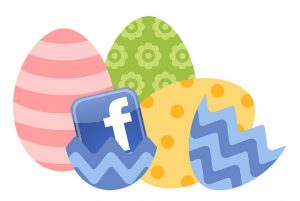 My children are part of the first generation for whom social media has always existed. When I was a child, the term “email” hadn’t even been invented yet. For my children, Facebook has always existed and email is regarded as old-fashioned. This has all kinds of implications for kids, of course. We’ve all seen the multitude of reports and studies about what screen time is doing to our kids, how the obesity epidemic is being linked to the explosion of computer-based gaming, and how computers are making new skills emerge as old skills decline.

Something that is not talked about as frequently is the impact of social media on parents.

When my mother was raising me and my brother, the only people she could call on for advice or opinions were people she actually knew in person.

If she needed help, she had to either pick up the phone and ask, or go and visit someone. In the event of a child getting sick or injured, she would take us to the doctor, trust whatever the doctor said and get whatever medication was prescribed.

My parenting experience has been vastly different. I have the same supports that my mother had – friends, family members, and especially my mother herself – but I also have the Internet. When my older son was born, I joined a parenting group on Yahoo, and developed a friendship with fellow members that endures to this day (the only difference is that the Yahoo group is now a Facebook group). When my son was diagnosed with autism, I joined an autism parenting group, with the same results.

Both groups are about requesting and receiving advice, sharing funny stories about our kids, and having a safe place to vent on our bad days. Through these groups – and through World Moms Blog – I have developed online friendships that are every bit as real as “traditional” friendships. We rally around each other in bad times, and we celebrate together in good times.

No matter what is going on with my kids or with myself as a mother, I always know that there is someone out there who understands. And if I can’t find someone who has the answers I need, there’s always Google.

There are downsides to parenting in the age of social media, of course. Sometimes I go searching for understanding and find judgment instead. I find stark divisions in the parenting community. I have been criticized for vaccinating my kids. I have seen homeschooling moms viciously attack those who send their kids to school, and vice versa. I was once an uncomfortable online witness to a discussion in which a breastfeeding advocate smugly told a breast cancer survivor that she would be able to breastfeed her newborn child if she “tried harder”.

So yes, ugliness is as pervasive on the Internet as it is in the physical world. But we respond to it in the same way: by trying to counteract the bad with the good, by being supportive of one another and by leaving the ugliness behind.

At the end of the day, I am thankful to have the world of social media at my fingertips as I navigate the mysterious world of parenting. And I am even more thankful that at any time, I can pick up the phone and call the person who muddled through it all without the Internet: my mother.

What differences have you noticed between your mother’s era of parenting and your own? Does social media play an important role in your journey as a mother?

This is an original post to World Moms Blog by Kirsten Doyle of Toronto, Canada.