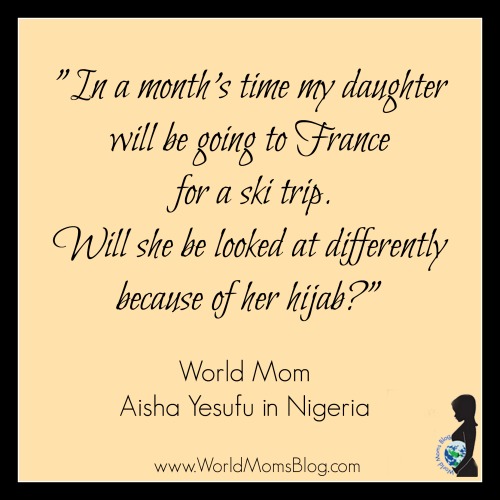 My husband came into the room while I was still sleeping on the morning of the attack and told me of a deadly attack in Paris. In my half state of sleep I blocked the news out. I didn’t want to take in another pain. My body wasn’t ready to grieve.

I slept on hoping I would wake up, and it would all have been a mistake or a dream. I woke up and refused to watch the news or go onto social media. I didn’t want what I thought I heard my husband say to be true. I lived in cowardly denial.
I finally put on my phone which I had switched off, and I then had a call from a friend. They said, “Yes, there has been an attack. And, yes, many died!” “Oh God!”, I cried out.

“Has anyone claimed responsibility?”, I asked fearfully. “ISIS.”, my friend told me. “Not again,” I groaned.

To lose a loved one so brutally is horror. To know that somebody somewhere decided to kill your loved one who never offended them and whom they probably had never even seen is painful. An accident, I can understand, but that I can never.

In a month’s time my daughter will be going to France for a ski trip. Will she be looked at differently because of her hijab? My thoughts are that someone in Paris may look at my daughter in her hijab differently from the rest when she is as much victim.

When an attack happens in places like Paris it’s not that their lives are more important, but that the outcry is high even from other countries that have their fair share of terrorism. It’s fear! With all the security in such places? How can this occur?

If these tragic events can happen in places like Paris with their state of the art, high level security then they can wipe us out, here, in Nigeria with our best security. This is what goes through our minds.

It can embolden some to attack with all the copycat crimes going on. We have had so many attacks in recent times. It leaves a palpable fear in the air.

I then saw outrage on social media of people who felt that too much emphasis was placed by the world on the French lives rather than on all lives. I couldn’t find it in me to be outraged. The French cried out to the world and the world joined them in their moment of grief.

When we are attacked in Nigeria a lot of us within Nigeria seem to not care. Even our government. So how would the world cry with us when we have refused to cry for each other?

An attack happened a while ago in which over a 100 were killed it took more than 3 days before there was an official statement from the President condemning the attack. There was outrage from a few of us, and we were attacked by so many for demanding the government acknowledge an attack and death of Nigerians.

With such callousness from our own, how would the world acknowledge our grief?

When the world gets no official statement from Nigerian government, how can they grieve with us when we haven’t even acknowledged that ours were killed?

I am a pragmatic person and would always tell myself the truth no matter how it hurts. I cannot begrudge the French and the world supporting them when we haven’t supported our own. Until we take our lives seriously no one else will, and it would always be painful when my government within hours would commiserate with other countries when they are attacked and refused to acknowledge attack in our own country until days later.

I have been shown I matter by individuals reaching out to me when there is attack from different parts of the world, especially the World Moms Blog family. You would not understand how touching those moments are. It shows I am a member of the human race.

My daughter asked me just yesterday if she would still be going to Paris next month. I told her, “YES!!!” No one will make us live in fear.

Do they have heart? Do they know what it is to lose a loved one? Why do they inflict such on others? What is Islamic about terror? NOTHING!!!

Islam preaches peace. Islam enjoins a right of environment & animals on us. One is not allowed in Islam to cut down a tree.

God rest the souls of the dead and console the families of the departed all over the world. It’s not easy.

This is an original post to World Moms Blog by contributor Aisha Yesufu of Nigeria.