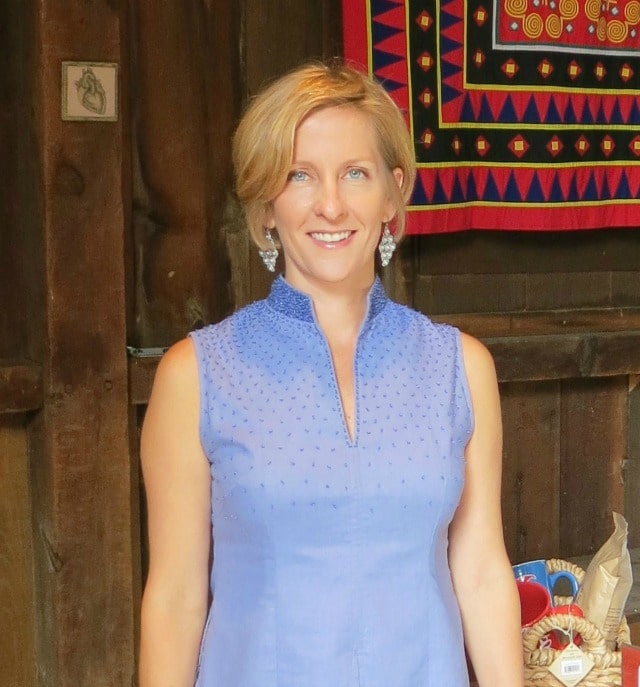 World Mom, Kristyn Zalota of Cleanbirth.org, is on @BabyCenter Today! 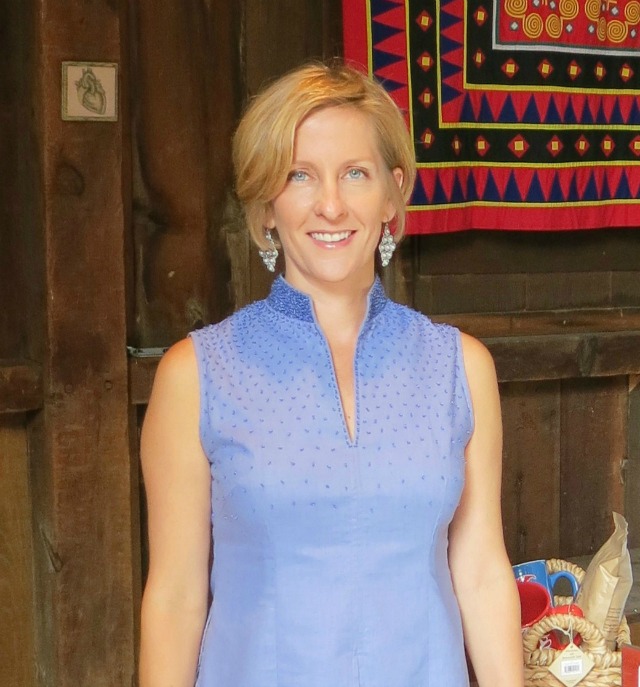 Kristyn Zalota is a contributor for World Moms Blog from the USA. She is also the founder of Cleanbirth.org

As part of World Moms Blog’s collaboration with BabyCenter’s Mission Motherhood™, our World Moms are writing posts on maternal health around the world. In today’s post, Kristyn Zalota of Cleanbirth.org in the USA writes about the very first time she witnessed the results of her tireless work to help mothers and babies in rural, hard to reach areas of Laos.

“From 2009-10, I lived and worked on the Thai-Burma border and Cambodia. While there, I learned that mothers and babies die regularly of preventable things like infection.  Laos, a country I had visited many times, has the highest infant and maternal mortality in the region…When I returned home to the United States in 2010, I began to brainstorm how I could help mothers in these rural areas.” 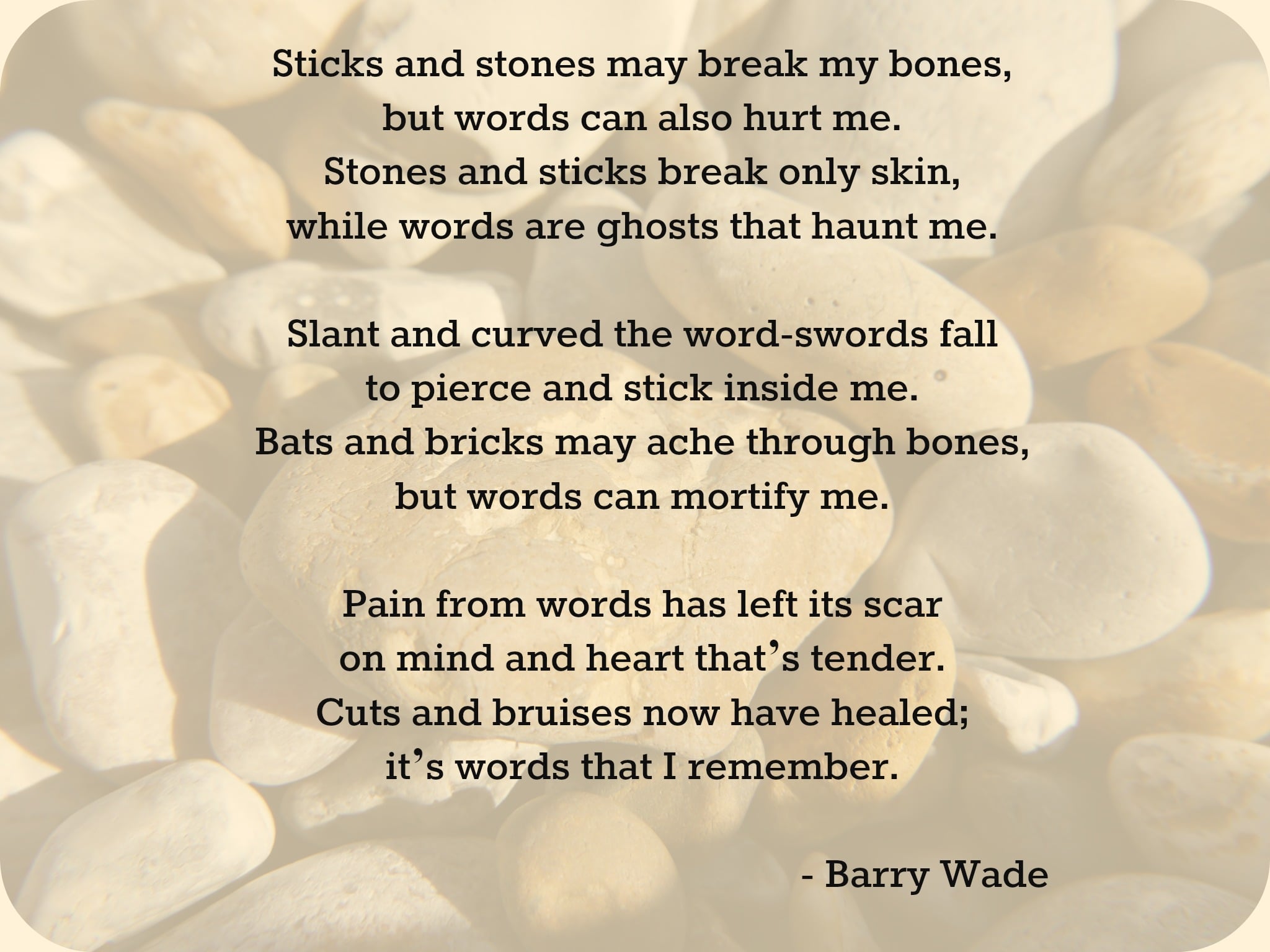 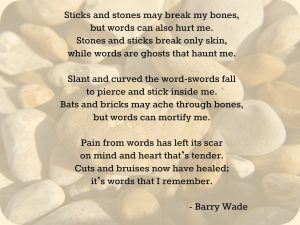 I was happily preparing dinner the other day and I could hear my three children chattering away in the hall. Pretty soon the talking turned to bleeting, yes bleeting… and baaing, like a sheep. I could hear my 12-year-old son, JJ, say, “everyone is doing it at school.”

With my parenting radar on alert I popped my head out of the kitchen to ask what they were talking about and JJ explained to me that there is a teacher at school who looks like a sheep and all the students baa at her.

I was pretty horrified at this and I asked what ‘Miss’ (as they call their female teachers) said about their behaviour. JJ told me it was all done behind her back but she was a ‘good laugh’ and he couldn’t imagine she would mind. This of course was one of those moments that led to me abandoning dinner and sitting all three children down for a chat.

If I can help it, I don’t want any child of mine becoming a bully.

You might think I over reacted and that all children get involved in silly things, harmless teasing some might say. Character forming I’ve heard it called before and we’ve all heard the old rhyme ‘sticks and stones may break my bones but names will never hurt me’ but it is not true, names really can harm a person, especially a vulnerable one.

I know this first hand, I was called many names as a young child, most of them revolving around my weight and being just a little (and it really only was a little back then) bigger than the average girl but the main reason I know about the hurt and pain that continues for many years long after the name calling stops is because I was a name caller and I really hurt someone else.

I still feel the shame when I write that, I don’t think the regret for the damage I did to a little boy called Simon (name changed for obvious reasons) will ever leave me. I first wrote about having been a bully as a child back in 2010 and it was so important to face up to the past and really acknowledge what I did. I had no idea at the time that what I was doing could be so destructive, as far as I was concerned I was just a little girl desperate to fit in with the gang and going along with everyone else.

But when your whole class cross their arms and mutter ‘fleas, injected for all my life’ each time you come near them, it is a big deal. I don’t recall Simon ever letting on at school just how much this hurt him but I do think he spent a lot of time on his own. The sad thing is that I don’t really remember that much about the whole situation to be honest, as it was inconsequential to me but of course not to him, not when it was damaging his self-esteem each and every day.

That damage went on for a very long time too. I know this as when I was 28 (quite some years ago now) I was contacted by Simon through Friends Reunited and then Facebook. He asked me about our time at school (primary school, ages 7-10) and why certain things had happened and did I remember…. I had to honestly say ‘No. No, I do not remember most of it’.  I think it was therapeutic for Simon to be in touch with a few of his bullies and to be able to finally get a heartfelt sorry from us.

I praise the Lord that he told me he had found a good partner and was at last finding some peace and happiness after years of counselling. He talked about his early upbringing with a stern father in the military and a mother who was never mentally present. Moving areas and schools every two or three years of his life had been tough and a bunch of middle-class kids made it worse and made him doubt himself.

As I quite seriously told my own children this story a couple of weeks ago I had a lump in my throat and I had to fight to stop the tears forming. They were pretty shocked and I really hope they understood what I was saying about how something that seems harmless and just a case of simple teasing can turn out to be life-damaging for some children or even adults.

From the 16th – 20th November, it is anti-bullying week here in the UK but I’d encourage you, wherever you live, to please have a chat with your children about bullying and help them to understand that the line between harmless fun and detrimental behaviour is very fine. Best to just never get close to it and to adopt a positive attitude towards all people, whether they are easy to be around or not.

Have you ever been involved with bullying, either on the receiving or doling out side? What impact has it had on you?