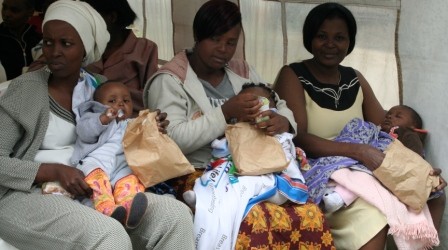 Last Sunday, my closest friend became a mother for the first time. It has been excitement galore from all the people who know her: her family, her friends, her colleagues, neighbors, acquaintances, and just about everybody.

When I visited her in hospital, I found myself giving her all kinds of advice about motherhood from breastfeeding, to weaning, to walking, to teething, all that and more.

Then I quickly told her that I would add her to some Facebook groups that would be of great help to her as a new mum. I began by adding her to a group that is exclusive to Kenyan mums who are breastfeeding. As I did so, I amused myself at how Kenyan mums have turned Facebook into their go-to resource center.

There are plenty of Facebook groups by and for Kenyan mums whose membership constitutes a certain phase of the motherhood journey.

For example, when one is trying to conceive, there is a group to join. When she conceives, she then swiftly moves on to a group for pregnant mums. Once she has her baby, she moves on to the next group –that of breastfeeding mums. After that its a group dedicated to weaning, and where nutrition advice is offered –by fellow mums. 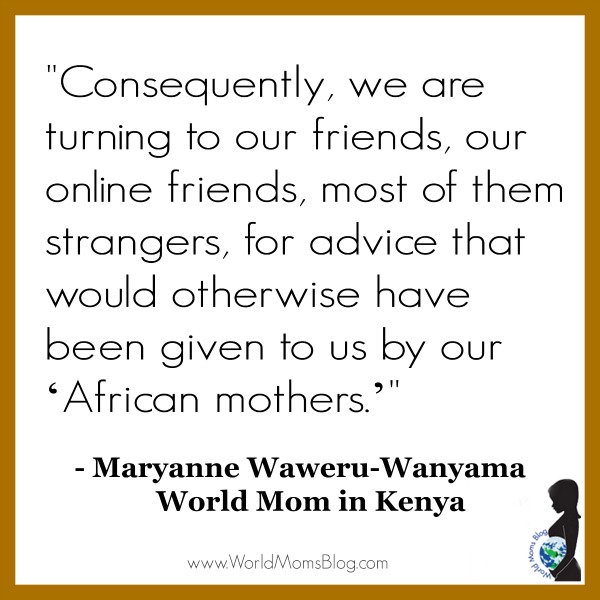 Then there are also larger groups made up of Kenyan mums with babies of whatever age, a general group where everything about motherhood is discussed. From schools, to detergents, to diapers, to cooking fat, tissue paper, to the very critical issue of house girls (nannies). Everything goes. Each of these groups have thousands of members, with one even having slightly over 90,000 members!

I have been in all of these groups, and I am still members in some of them.

In the traditional African setting of the past, new mums were guided into the motherhood journey by the older women around them: their mothers, their aunts, their grandmothers, older cousins and female neighbors.

However, in today’s society some of these traditional fabrics are slowly ebbing away.

More women have to work to supplement the family income, which leaves little option for staying at home to look after the children. In fact, we are seeing less and less of the special interactions between generations of women when it comes to raising her child.

Consequently, we are turning to our friends, our online friends, most of them strangers, for advice that would otherwise have been given to us by our ‘African mothers.’ Combine that with modern technology where access to the internet in many African urban cities is growing, and accessing information and connecting with mums online becomes inevitable.

Sometimes when I think about it, I believe it’s unfortunate, especially for those of us who live in the urban towns, that we no longer have easy access to those traditional pieces of motherhood advice that we would have received directly from our mothers. But, in turn, we are grateful about how the internet has made our parenting journeys significantly easier for our modern lifestyles. Because, it truly has. But, it is only natural to wonder if we may be missing out on something lost.

How has online motherhood support played into your experience as a mother?

This is an original post to World Moms Blog by contributor Maryanne Waweru-Wanyama of Kenya.

Photo credit of Kenyan women to the author.