Today, I am going to tell the story of Lalit Galle whom I met in the Cinnamon Islands in Sri Lanka. He is a cinnamon peeler. 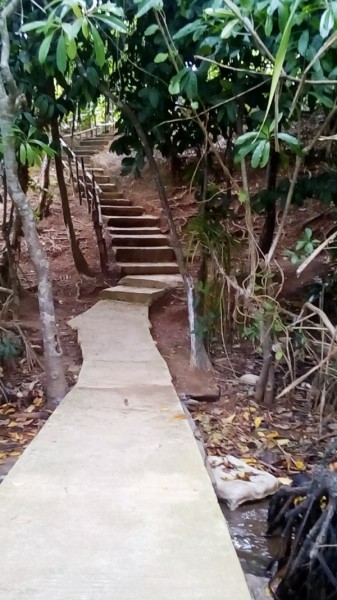 So, this last May, we went as a family for a vacation to Sri Lanka. It is a beautiful; tropical country and nice place to spend some leisure. There are all kinds of things to do, and it was a great time for us as a family, because we all got to do something. One such memorable trip was a River Cruise across Madu River. 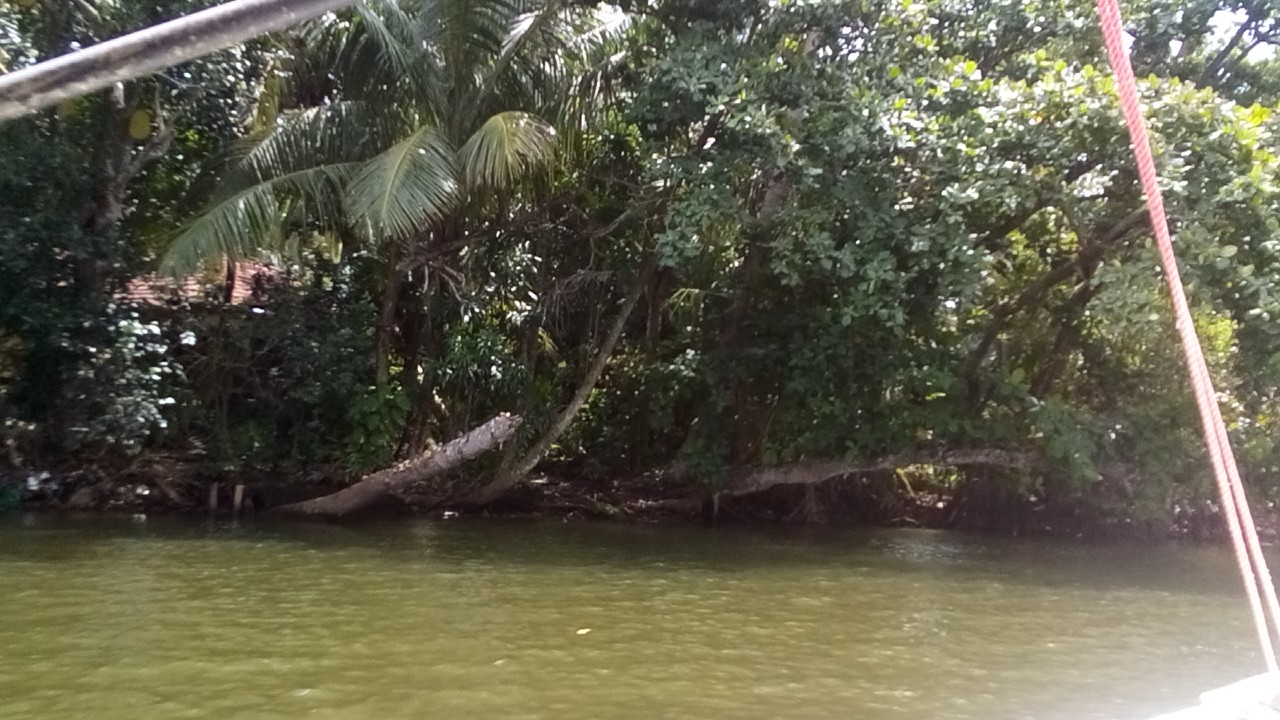 There are a lot of tiny islands strewn around in the Madu river. The Cinnamon Island is a large island with a lot of (you guessed it right) cinnamon trees. Its bark is used as a spice in tea, coffee, gravies, and pies. So, it is here that I met Mr. Lalit Galle, who works on the cinnamon inlands. While shaving away the bark from the stick of cinnamon, he explained that his salary is just 20,000 Sri Lankan rupees (142 USD) per month. 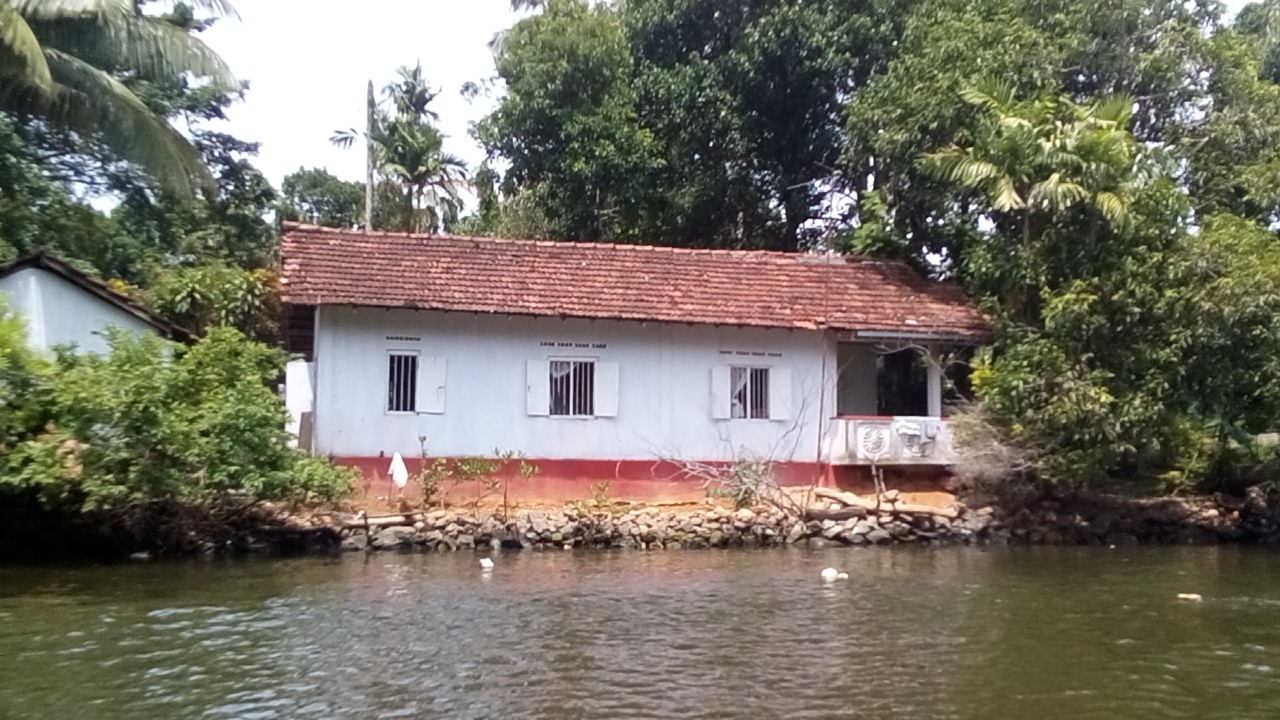 A beautiful traditional river house on the banks of Madu River

He continued to shave the cinnamon strips while explaining about the cost of living and that this meager salary is not sufficient for his sustenance. He needs at least 40,000 Sri Lankan rupees to get by. He has two children, a 9 year old daughter and a 2 year old son. His wife and children stay in another Island, Bentota, where he travels to every weekend. He stays for just a day with his family and leaves to return back to the Cinnamon Island where he is employed.

Yes, that is definitely tough to be away from his family. 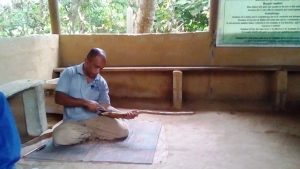 He explained that his wife does some odd jobs around Bentota Island to make ends meet while her parents and her in-laws take care of the kids during the day. 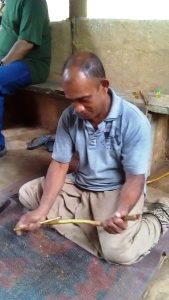 As I left, he told me that, one day he dreams to be able to live together as a family with his wife and children. 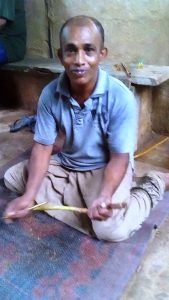 So, why am I telling you all this story of Lalit?

Life has its ups and downs. And since a few days ago I was feeling down. I assure you all, it was nothing serious, just a phase. But here I was swamped in my own tiny little world, and letting things get me down. Lalit’s story made me realize how important it was to be thankful to hug my family. 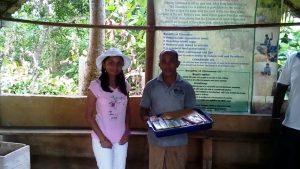 #WorldMom Purnima and Mr. Lalit Galle at the Cinnamon Islands

Lalit Galle dream in life was to live as a family with his wife and children.

Yes, everyone has their troubles, their miseries, their ups and downs in life, and we must muddle through. Feelings and emotions cannot change. But then, we just need to move forward, and work it all out, somehow.

As we rowed away, bidding goodbye to Mr. Lalit and the Cinnamon Islands, with the vibrant aroma of cinnamon becoming lighter and lighter, I said a little prayer for Mr. Lalit.

Has anyone else’s life affected the way you think in your life?

This is an original post from our World Mom and Senior Editor in India, Purnima Ramakrishnan. She wrote this on her vacation to Sri Lanka in May 2015.

Her contributions to World Moms Blog can be found here. She also rambles at The Alchemist’s Blog.

Like Loading...
« WORLD VOICE: The Story of a Girl Who Dared To Dream for #DayofTheGirl
UAE: I Wish We Didn’t Have to Have “Day of the Girl” »