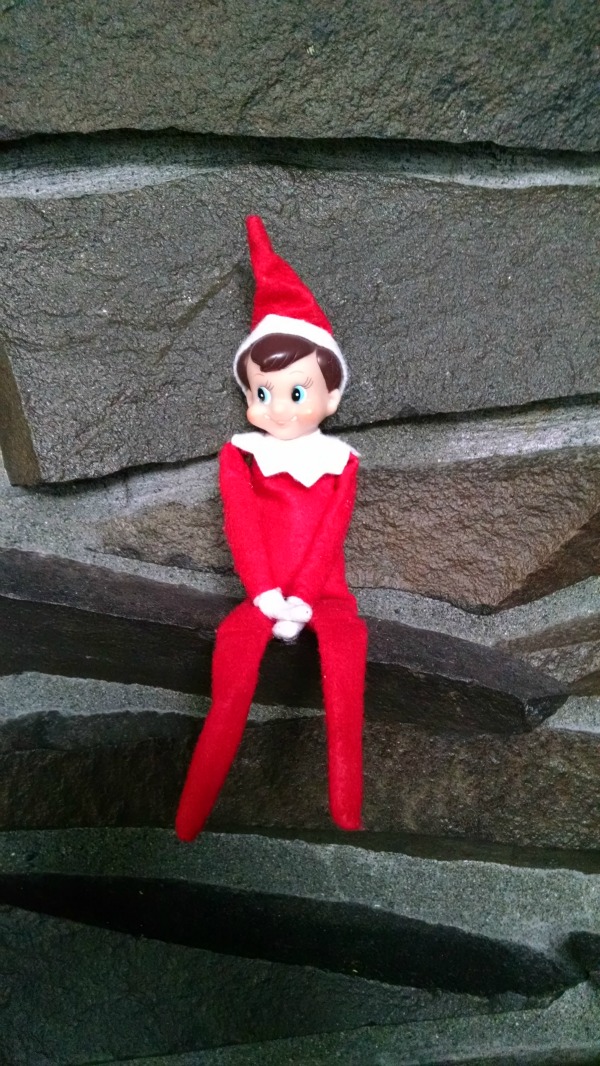 My son turns 10 years old this fall. At the start of the summer, I told my husband that before school reconvened, I intended to have the talk with my son about Santa. While my son has never pushed for answers regarding holiday magic, he is in a multi-age program at school with older, brainy kids. My gut has been telling me that this is the year that Santa’s cover would be blown. I also know my son well enough to know I wanted to control the conversation and not have a big talking fifth grader accidentally ruin Christmas at the last minute. I wanted to work through this far enough away from the holiday so we could all get used to the idea. I knew if I framed things the right way, my son would still be able to welcome the upcoming holiday season. I was resigned to move ahead.

Still, I felt some sadness on this rite of passage. There is no going back once you see the man behind the curtain. I also never expected to have to prompt this conversation, as my son has always been an inquisitive realist who grills me on all sorts of tough topics. At five years old, he insisted on knowing where babies come from. A year or two later he wanted to understand marriage and divorce. At nine years old, he asked about addiction. I always answer his questions in a way tailored to his age but also grounded in truth.

But Santa? He hasn’t asked about Santa, and I was nervous about how it would go. A good friend said to me, “Tara, you’ve talked to him about sex and drugs. You can talk to him about Santa.” She was right, and with one week of summer break left, I knocked on his bedroom door and entered.

Me: “I want to talk to you about the holidays. There is so much wonderful magic around holiday celebrations like Christmas that you get to enjoy as a kid. But when you get older, you get invited to help with the making of the magic. You still get to enjoy all of the magic and gifts of the holiday, but you are asked to participate in a new way. You are getting to that age. Do you want to know how the magic is made?”

He responded, “Yes! I want to know. Wait…people make the magic?”

Me: “Yes, parents do it…..and big kids and grown-ups and all the people who love to make the holidays fun and special. And now you get to do it too.”

Once we clarified that this includes Santa, the Easter Bunny, leprechauns, etc., he started to put two and two together.

Son: “Oh! So that is why all the Santas at the malls look different.”

I was prepared for an outpouring of emotion, but he was fine. He just wanted to clarify he would still be able to open gifts and have their contents be a surprise.

We also had to cover how it’s not his job to extend this invitation to others. He was invited by his parents into the magic making club, and it’s up to the other parents to decide when to invite their own children. We role played some possible conversations with friends just to make sure the message sank in. No Christmas spoilers!

I also talked with him about how he’ll get to play Santa for his little brother. I even told him he could be in charge of making a game plan for where the Elf on the Shelf would go each day, and he immediately reached for some graph paper.

And that was it. While he hadn’t questioned Santa, I guess he was ready to cross to the other side. I still feel bittersweet about it, but it will be fun to celebrate Christmas with him in a new way. This talk was just one small part of my son’s passage to adolescence, and while it can be hard to see him grow out of the little kid stuff, I never want to hold him back under the guise of cherishing him.

Every day he slips through my fingers a little more, but as long as we keep finding ways to make magic together, my hope is we will stay connected for the long haul.

As for the short term, all I can say is the elves better be ready. There’s a new Santa in town!

Do you embrace holiday magic traditions in your home? How have you discussed these with your growing children?

This has been an original post for World Moms Blog by Tara B.

Like Loading...
« NIGERIA: Get up, World Moms, Aisha’s Talking to YOU!
USA: Waiting for Water After Hurricane Joaquin »