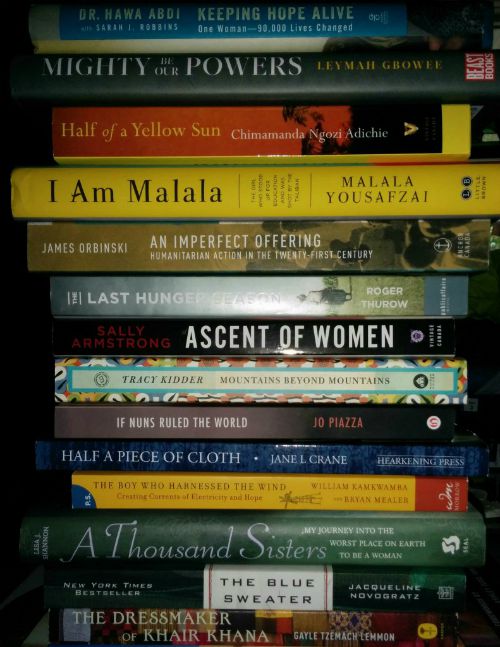 I am an avid reader, especially during the summer months, reading outside each evening with my daughters under the stars on our back porch. I go back and forth between fiction and non-fiction, between heart-wrenching and laugh out loud funny, and between popular bestsellers and hidden gems. So, I thought I would share my meaningful reads list for this summer. These are most often the hidden gems that aren’t featured on lists of number one hits but are just as good, if not better, than those popular reads.

I won’t go into detail about plots and story-lines, but will say that each of these books was a page turner that left me pondering what I had read for weeks after.

Being a Catholic myself, I have always felt that nuns were never given the credit they deserved for the work they were doing throughout the world. We all know of Mother Theresa and her work with the sick, lonely and poor, but not much more is known of nuns working in this day and age. We often hear stories of the Pope and those of the Vatican, but what about those hard-working nuns who are on the ground changing lives every single day in the most adverse of conditions???

This book features the incredible stories of nuns who have taken chances, gone against protocol, helped those that others had given up on, and did it all under the watchful eye of many who disapproved of their work. These nuns are courageous, spunky, lively, funny and most of all, selfless and good-hearted.

I was so inspired by their stories that I wrote to a few of them to let them know….and they wrote me back!

I can honestly say that if the nuns who were featured in this book, really did rule the world, it would be a world of peace, justice, love, acceptance and empathy.

When my three young daughters saw me compiling this list, they too wanted to be involved. They hurried to find their favourite meaningful reads and have compiled them here as well: 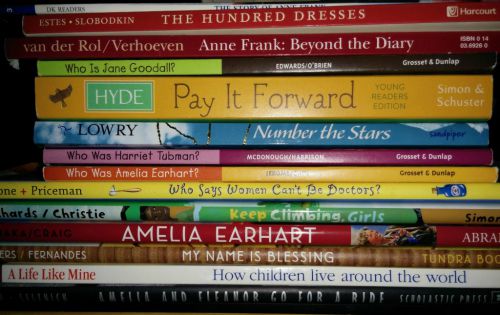 Quynn, who is 8, loves the book “Who Says Women Can’t Be Doctors” and has wanted to become a doctor ever since.

Camryn, who is 10, loves the “Who is/was…” series. She has read about Jane Goodall, Hellen Keller, Eleanor Roosevelt, Harriet Tubman and Amelia Earhart, to name just a few.  Wanting to be a pilot, she especially loves all books about Amelia Earhart.

Ryleigh, who is 11 loves to read about Anne Frank and anything related to the Holocaust. She read “Number the Stars” in two days and has not stopped talking about it. It is so hard for her to wrap her young mind around the stories of girls her age who survived such atrocities in our history.

So, if you are looking for some great books to read this summer, we hope that you will enjoy some of our recommendations. And, if you have suggestions for us, we would love to hear those as well!

This is an original post written for World Moms Blog by Alison Fraser who is founder of the non-profit Mom2MomAfrica.