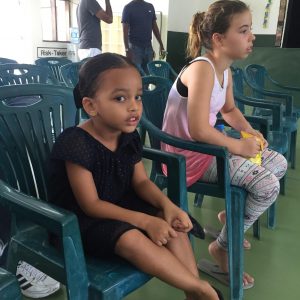 They call me “MZ”

Never in a million years, did i ever think that i would be in a relationship that meant loving and embracing a child that was not my own, as my own. Not that i felt anything against the idea, its just something i never thought of or considered. But that is just how you see it. You have ideas and make plans and then Life happens.

Where did the term ‘step-children’ come from? Why is there a step?

For about four years, my ‘step’ children and I have been in each others lives. It seems like an easy enough relationship whereby i know my boundaries, in manner of not attempting to be their mother, rather a loving figure in their lives. It was a rather difficult relationship to define at first, because well i am not really ‘Auntie’, but yes ‘Dad’s Companion’ and also their sister’s mother.

Eventually they settled for an abbreviation, which i think is pretty cool, MZ they call , from “Mama Zuri.” Sort of like a superhero type? Or close? It feels like it.

And so on and on it goes – this journey of ours. We sometimes have growing pains. It cannot be easy to have someone around who they did not plan for. And this someone playing a role that they did not expect to see me play. But i am thankful and blessed in many ways. It is easy, when they are good kids. There is an occasional discomfort but we paddle through. Like any relationship, it has its ups and downs. But we work at it and it works out. I do not ask for much, other than respect for themselves and others and self discipline. I guess those are simple standards for children everywhere.

The notion of the evil step mother that is perpetrated in history never helps. So there is hesitation in getting close.

But I am confident that the less I think about it and the more love I give, we will get to where we are meant to be, which is in a space of comfort, ease, trust and love.

Do you have any step-children? How is your relationship with them? Any tips to share with the world?

This is an original post by Nancy Sumari from Tanzania. You can find more of her writing at Mama Zuri.