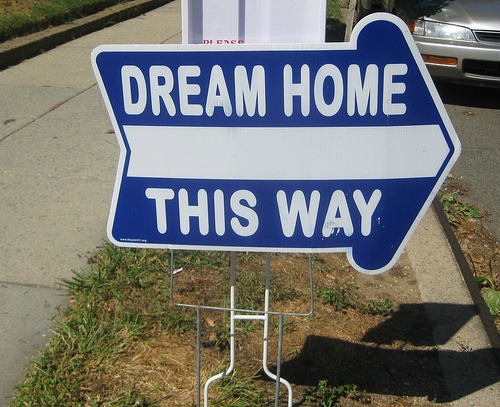 With the exception of a six month stay in Canada, our family has lived in the exact same house from the time our eldest son turned one to today, almost ten years later. I often find myself wondering what kind of impact that will have on our children, since when I was a child my family moved from house to house several times, including one big move from the USA to Brazil.

I believe that for children, there are advantages and disadvantages both to moving around a lot and to staying put their entire childhood. Moving around – especially if these moves are to new cities or even countries – gives them new perspectives of the world. Staying put, in turn, gives them a sense of stability and security.

It is funny because I have always been bored by the thought of staying in the same place or job for a long time and I was quite resistant to getting into my current job – which (if I want) could be the same until I retire. My husband’s family, on the other hand, moved several times when he was very little, but then he stayed in the same house until he went to college. I don’t know if there is any correlation, but he is the kind who always needs a stable job to feel safe.

Several years ago my husband and I undertook the effort of writing down the characteristics of what would be the “ideal” place for us to live and how we would like to live in general. Not only did we describe the property itself (which then we wrote out as a small farm with certain features – we even gave it a name), but also what kind of city/region, climate, what would be nearby in terms of schools and the like, and what we each would be doing. We even made a list of cities/countries that came closer to what we wanted.

In practice, we did visit a few of the places we had thought of, only to be disappointed. Other than that, we did not really move any closer (no pun intended!) to our dream home. My becoming a tenure-track professor at the university only made the idea of moving to another city a harder decision.

I have been slowly trying to convince myself that maybe we have to make the best of where we are – at least for now. We occasionally think of my taking a one-year sabbatical in the future so that our two youngest children could have an experience abroad like our eldest did when he was three. Yet lately, just the thought of it makes me tired. Perhaps I am getting old, or perhaps it is just our two and four year-old kids draining my energy.  I confess that these days even thinking of an interstate trip with the three kids is discouraging.

It’s not that I dislike traveling – I traveled around quite a bit before I got married, and even with our first two children. After baby number three, however, things just seem a tad more toilsome!

Perhaps I have had my share, perhaps things will change as the kids get older. The fact is, right now, I am more and more inclined to stay put, not only in the same city, but in the same house (as you can see in this post and this post).  On the other hand, every once in a while my husband and I find ourselves talking about our dream home/location and wondering if we will even “find” it.

A psychologist friend told me that people who made a big move as a child often have unresolved feelings about this move and, as an adult, get this feeling that they are never in the right place – as if the place they should really be living in is always somewhere else. I wonder if that is the case with me.

Perhaps the “ideal” place does exist somewhere. Or perhaps we will have to create it?

And you, did you move around a lot as a child? And as an adult? Have you and your family found the “ideal” place to live? Please share your stories below!

Photo credit to futureatlas.com.  This photo has a creative commons attribute license.