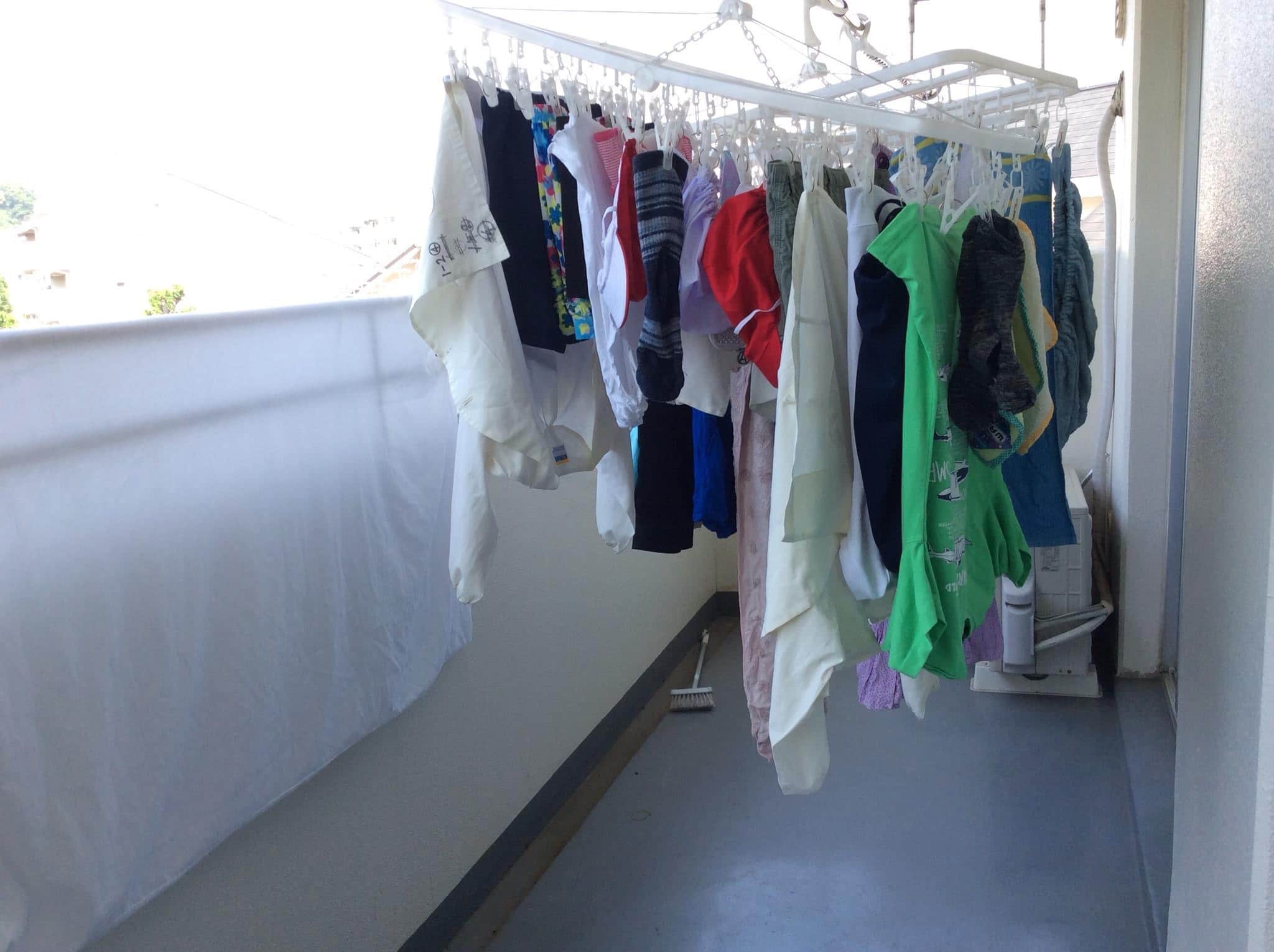 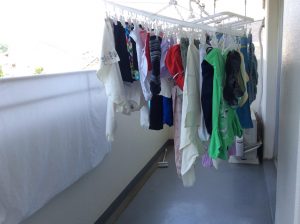 I start my morning here in Japan the same way every day: by cleaning out the drain trap.

Not very pretty, I suppose, but I’ve learned the hard way that it needs to be done frequently and well. The drain traps here in Japan are metal mesh to prevent food from going down the drain. They get gross very quickly.

I’m pretty sure I started out my days when I lived in the US with a cup of coffee, which seems quite glamorous by comparison!

In spite of our gains in education or employment opportunities over the last century, much of our time as women gets taken up by mundane household tasks like this. Women all around the world are doing the same kind of things: laundry, food preparation, cleaning, child care, though in very different ways.

It makes me curious. How much of your time gets spent on “daily chores?” What kinds of things do you need to do every day? Do you do them alone, or do you have help?

Perhaps it is a boring topic, but for comparison I thought I would share a little bit of what housework is like here in Japan.

Laundry gets done daily in most families. We have washing machines, but most people don’t have dryers. In a country with cold winters, humid summers, and a rainy season, keeping up with the laundry feels like a daily battle! When the weather is not cooperative, laundry gets hung from curtain rails or any other overhang that can be found indoors. We have to bob and weave our way around the house. Imagine that Catherine Zeta Jones movie, but with laundry instead of lasers.

I do the shopping most days as well. This is quite common here in the greater Tokyo area, where storage space is limited and many people do not have cars to allow buying in bulk. Milk is sold by the liter; laundry detergent in 500ml bottles. The biggest shopping challenge is buying rice, which comes in 5 or 10kg bags.

I need to dust and vacuum every day. This is much more often than we did in the US growing up. I’m not sure why Japan is so dusty. Could it be the tatami floors? The single pane windows? The small living space? And more important than why, how can I make this dust accumulation stop?

Japanese cuisine seems to be gaining in popularity around the world. Many Japanese people eat a full meal in the morning (though this is slowly changing,) as well as at lunch and dinner. Japanese bento are also getting a lot of attention on the Internet for being nutritious as well as visually appealing. Overwhelmingly, the cooking is done by women. (Personally, since my children’s lunch is provided by the school, most days I cook twice.)

Like most families here, we have a gas stove-top, a rice cooker, and a microwave combined with an electric oven for cooking. My mother-in-law has a separate gas burner that can be placed on the table for doing things like sukiyaki or okonomiyaki, foods that are consumed as soon as they are cooked by the family from the same dish. My children are still a bit too small for me to attempt this at home.

I think many of us around the world are doing these same things, but the nitty-gritty of how we get it done and how often we do it are different. I can’t help but wonder what housework says about the values of the culture.

In the US, for example, many families take pride in a well-decorated home. In Japan that is much less important. (Perhaps because many women are spending all that time dusting and dodging laundry….)

What kinds of things are included in your daily duties? How do you feel about doing them?

This is an original post to World Moms Blog from our writer in Japan and mother of two, Melanie Oda.