NEW JERSEY, USA: The scientific side of motherhood 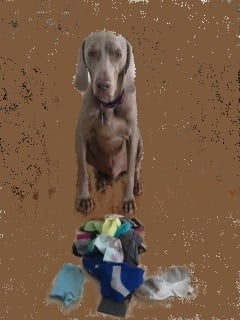 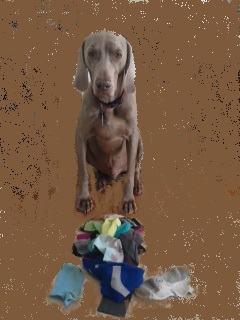 Science can explain everything in a mom’s life. All that nerdy mumbo jumbo is not just about the universe, or the evolution of mankind. Sure, it’s somewhat nice that we are able to send shuttles in space, produce electricity and retrace the origins of mankind. But the true use of science is for moms, to make sense of their day. And here are a few examples where you use science without even knowing it.

The theory of conservation of energy:  Thanks to this amazing principle, you know that socks don’t just disappear in your washing machine, leaving you with an annoying pile of single socks. According to the said-theory, nothing disappears, or appears for that matter. So if you are missing socks, they are either stuck in your drain, tucked away behind the washing machine, or up some tee shirt’s sleeve. OR, a kid or pet ate it.

The Just-In-Time theory:  By far, my favorite thing in the world. It should be renamed with something more mommy-friendly, like, “How to never be late theory”. Don’t get the wrong idea about this though. I’m not going to teach you how to be on time. I’m just going to explain scientifically why you will always be late. In a nutshell, the Just-In-Time principle is this: If you need to take a train and you arrive 15 minutes early at the station, you are going to get a coffee and pick up a magazine. You’ll waste so much time that you’ll miss your train. For sure. Whereas if you arrive at the station with 20 seconds to spare, you’ll go straight to the platform and jump on the train.

So why are moms always late? Because if you still have five minutes before you need to leave your house, you are going to throw a load in the washing machine (maybe a load of single socks, who knows how crazy you are?), tidy up the kitchen, send one last email. Before you know it, ten minutes have passed. And now, you are five minutes late.

I know this too well because my morning routine used to look like this: I would get up a good two hours before the kids start school. This way, I had time to prepare a healthy breakfast, and while I was at it, I would plan dinner. Then I would do some washing, take a shower, wash my hair, try on five different outfits while the kids were getting ready. Then I would argue about what my daughter had chosen to wear, make HER try five different outfits, offer my kids such a wide choice of breakfast they needed a spreadsheet to keep up, make them brush their teeth, check they had everything in their bags and then we would be super late. But I have learned my “Just in time” lesson. Now, I get up two minutes before the bell is due to ring, throw the kids in the car in their PJs, no backpack, no lunch, and drive in my slippers and bathrobe. It’s not perfect, but we’re not late anymore! Yay! Thumbs up!

Minus times minus equals plus: Totally works. If your child does something wrong (minus) and lies about it (other minus), you’ll never know (perceived plus). If your son loses his phone (minus), and his school bus breaks down on the road (minus), you will run to the store and get him a new phone in a flash (plus, plus, big plus) even though you swore all the gods you knew that you would never buy him another phone.

It also works with minus times plus equals minus. Like if you are sick (minus), and want to sleep (BIG PLUS), you don’t stand a chance (minus). See! Science is a-ma-zing, moms!

The theory of inverted proportions:  I am NOT too happy with this one. For example, why is it that the smaller the children, the more space they take in a bed? The more toys you buy them, the less they have? The more you tell them off, the less they listen? Why is it that more is always less, but less is never more?

I think it’s fair to conclude that science has been invented for moms. The only thing that doesn’t quite work is addition: one kid plus one kid does not equal twice the work, but more like 20 times the work. Unless we have the wrong angle on this whole addition business. Maybe we should look at it from the perspective of pre-schoolers: my daughter says that 2 and 2 equals 22, which given the above example, seems a lot more accurate a result than 4.

How about you? How do you make sense of your motherhood moments? Do you, like me, try to rationalize the impossible?

This is an original post to World Moms Blog by Nadege Nicoll. She was born in France but now lives permanently in New Jersey with her family. Nadege also writes a daily blog for moms who need to smile at everyday life. She can be found on Twitter, Facebook and her website www.nadegenicoll.com.

Nadege Nicoll was born in France but now lives permanently in New Jersey with her family. She stopped working in the corporate world to raise her three children and multiple pets, thus secretly gathering material for her books. She writes humorous fictions for kids aged 8 to 12. She published her first chapter book, “Living with Grown-Ups: Raising Parents” in March 2013. Her second volume in the series just came out in October 2013. “Living with Grown-Ups: Duties and Responsibilities” Both books take an amusing look at parents’ inconsistent behaviors, seen from the perspective of kids. Nadege hopes that with her work, children will embrace reading and adults will re-discover the children side of parenthood. Nadege has a few more volumes ready to print, so watch this space…