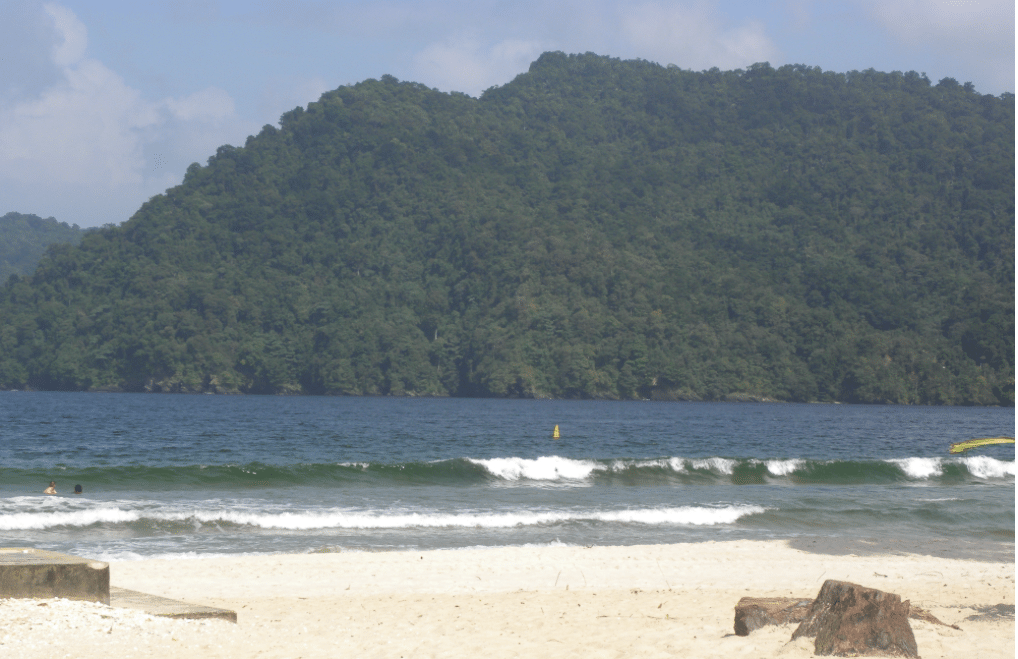 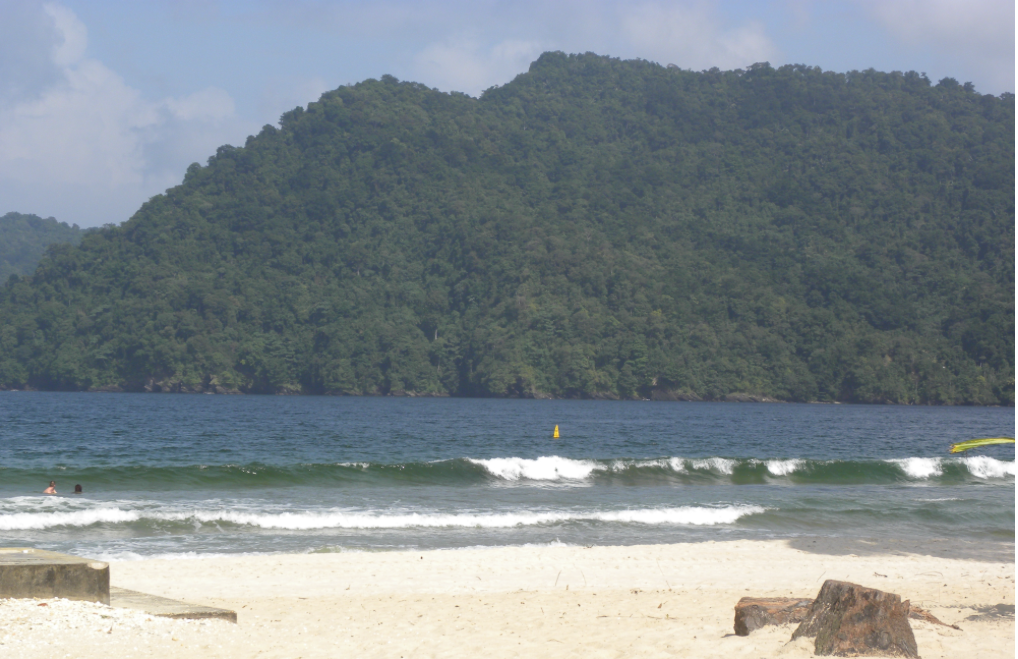 Looking out of the plane window onto an endless ocean below, I thought about how long it took me to make a journey back to my father’s home country of Trinidad and Tobago, a pilgrimage long overdue.

It had been 30 years since I set foot on the island. My dad grew up in Trinidad and Tobago in the 1930’s when it was still British and roads doubled as donkey trails. The last time I was there at age 13, I was grieving over dad’s sudden death the year before and my cousins took us to see the American comedy hit Ghostbusters. This time, I was racing to Trinidad with my mom because of an email telling us that dad’s sister, my Aunt Cynthia, was in the hospital after a stroke and things looked dire. She had even received last rites. No one expected her to last until Christmas. My phone rang and Mom unexpectedly asked: “How do you feel about going to Trinidad…like, right now?”

As far as I know, there have been only two women in the world ever to be given the name “Cynthia Chang-Yit”: my aunt and me. A typo in an immigration office somewhere between China and Trinidad inadvertently gave my grandfather a unique last name.

Sharing the name made me proud that she was my special aunt and godmother. She always visited us for major family milestones…weddings, graduations, memorable Christmases, and – of course – Dad’s funeral. She seemed elegant to me, appearing every few years in our Minnesota winters bundled in the same fur coat. (Why buy a new winter coat when you live near the equator?) Her eyes crinkled when she smiled at my childhood silliness. I loved how my room held her powdery scent during and after her stay. I liked to usher her to my room so we could sleep in matching twin beds. The super-glued sign on the door back then read, appropriately, “Cynthia’s Room.”

It’s rare in life when one is actually faced with answering the rhetorical question: “If you knew you could see someone you love for one last time, how much would you pay for that chance?” I still don’t precisely know, but it suddenly became clear that it’s way more than the cost of a last-minute plane ticket to the Caribbean.

I boarded with luggage containing black funeral clothes as well as a swimsuit. I didn’t know what would happen. Would I attend her funeral? Sit for hours in a hospital? End up at a beach playing in the surf or staring pensively in grief? The only thing I knew for sure was that I wouldn’t have to wear snow boots.

My family has a very global history and I personally speak out to Congress about global concerns regularly, so why did it take this long to get me back to the islands? How many years went by as I dithered over when a “good time” to go to Trinidad would be? Lack of money, lack of vacation days, exam schedules, babies, a general unease with international travel…there was always something in the way. I’m reminded of the saying, “If you want something, you’ll find reasons. If you don’t, you’ll find excuses.” I eventually have to admit that I didn’t want it bad enough because – let’s face it – there is never a “good time” to go. Like all things in life, it simply has to be a priority or not. When I look at my list of excuses, they’re only the protests of someone not wanting to step out of her comfort zone. I have American friends who travel to see their families in Japan, Brazil, and Malaysia with babies and toddlers. These folks are neither particularly wealthy nor adventurous. They just place a higher value on the bonds of family and showing children what it means to be from the places where their families began. 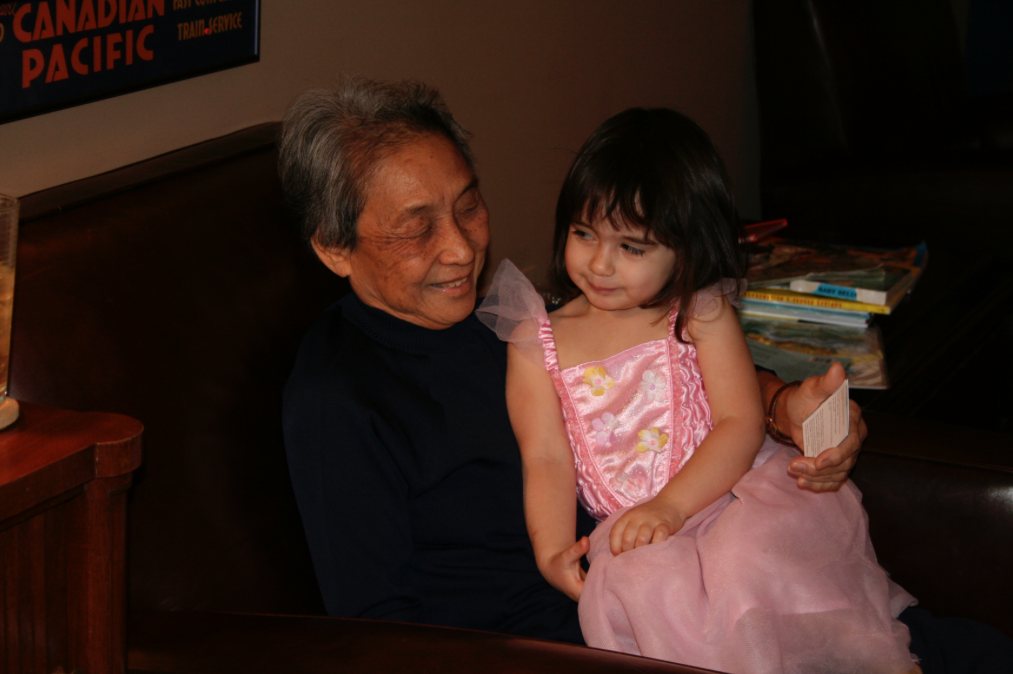 I’m happy to tell you that my mom and I were able to see Aunt Cynthia. As of today, she is at home and still hanging on. She could not speak nor move much when I saw her, but I was rewarded with the recognition on her face that I had finally come to visit. Her eyes crinkled a bit when I held a puppy up for her to see, knowing our shared love of dogs. She gave me exasperated looks when I asked if she liked the current Prime Minister or told her I hadn’t yet tried the local beer. I got the chance to sit by her side to read her the paper, put lotion on her hands, show her pictures of my daughters, give her flowers, sing her Christmas carols, and – above all – tell her I love her.

So, what is my takeaway from my long-overdue trip? Will I become a world traveler now? Will I visit my Trinidad cousins every year with my kids? Honestly, no. I’m still basically the same person who needs a push to use her passport. But I think I can find a happy medium between recreational globetrotting and never going at all. It’s in that middle ground where I found the beautiful experiences of standing on a beach with my mother where my father brought her as a newlywed, consulting with my cousins about our shared family recipes, and sitting at the side of someone who needed me.

Did you ever have the chance to say goodbye to someone you loved before they died, or missed the chance by not making the trip when you could have?

This is an original post written for World Moms Blog By Cynthia Changyit Levin.