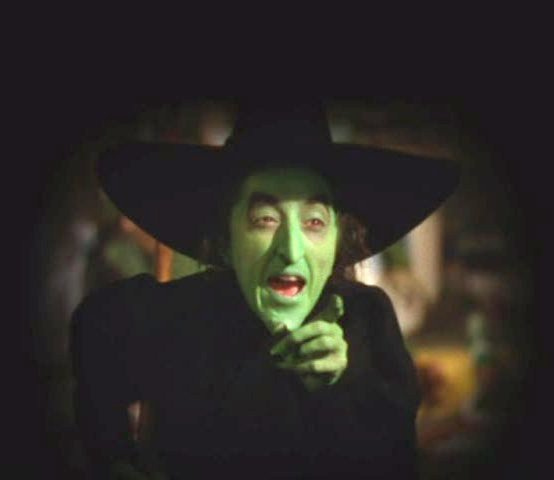 The Wicked Witch of the West

Eight years ago I had my first child, a daughter.  Like most new parents, I got all sorts of advice and did a great deal of information gathering; particularly on those uncharted, early stages of infancy and babyhood.

I knew it was possible my child would have colic, GERD, and rashes. I had heard about the “terrible twos” and the “trying threes.” I was fortified for long days and short nights, especially during the early years. And I knew having a child home to entertain and educate for five years would be a whole different challenge from my professional life.

But, I thought I was ready because I knew—at the end of a long, sometimes dark, tunnel—there would be kindergarten, followed by the blissful and innocent days of elementary school to put me back on track. I anticipated that from age 5-11, life would be pretty seamless. Five years of struggle followed by at least six of predictability before the challenges of the teenage years moved in.

So when our daughter entered kindergarten three years ago, my husband and I settled in for the “predictable” parenting years we were expecting.

This past summer, we got glimpses of something we had heard about but weren’t prepared for just yet: moodiness, sassy attitude, changes in speaking style, exploration of identity, greater awareness of appearance and increased self-consciousness.

Now that 3rd-grade is in full-swing, those glimpses are becoming the norm. It’s fairly clear that we are entering a new stage of parenting: we’re entering the TWEENS.

“Tween” is a term we use here in the US to describe the pre-teen stage of life. It’s in-between being a sweet, young kid, who’s dependent on parents and family for every aspect of life, and puberty, when a child morphs into a sassy, experimenting, independent teenager, stomping off toward adulthood.

The Tweens is a stage of life—I think populated almost exclusively by girls—when kids try to propel themselves prematurely into their next growth phase. They test out language they pick up from older kids, through pop-music and from movies and television. They mimic styles they see in the media. They use vernacular such as “like” and “whatever” and “no way!” They gravitate almost exclusively to their own gender groups.

And despite even the best attempts to shield children from pop culture and the negative influences present on TV, they still somehow find their fix at school.

The tweens are a funny, little limbo-land.

Take our daughter for example: She’s still afraid of the dark (in fact, she’s fairly convinced the Wicked Witch from the Wizard of Oz is living in her closet); her favorite Disney character is Sofia the First; she loves kittens and rainbows, unicorns and stuffed animals. But recently, she also has discovered Disney’s High School Musical, and when we go to our  pediatrician’s office, she pours over the book, It’s Perfectly Normal, (she has a lot of questions about both).

These days, she prone to emotional outbursts, demanding “alone” time and spontaneous moments of being shy. Aren’t these teenager behaviors?

Tonight, while my five-year-old was in a martial arts class, my daughter and I sat in the car having a chat. She said she was sad because she felt frustrated and sort of out of control. I found myself explaining puberty to her and talking about hormones and endorphins and lots of other changes in our bodies that made us feel confused and out of sorts…Uh, did I mention she’s only 8?

According to the American Academy of Pediatrics, the onset of puberty in girls now happens as young as 7! OK, so none of my early parenthood prep or information gathering or family planning ever involved needing to have these conversations so soon. Afterall, my youngest just started kindergarten. By my accounts, I had just come out of the trenches. I’m not battle ready. I don’t have my armor on. This is going to be a massacre!

But this is where we are these days…the in-beTWEENS. Wish us luck.

Have you experienced these sorts of changes in your own child(ren)? If so, at what age? Any advice for getting through to the other side?

This is an original post to World Moms Blog from our managing editor and mother of two (one of whom is entering her tweens), Kyla P’an.

The image used in this post is credited to Karen. It holds a Flickr Creative Commons attribution license.

Like Loading...
« INDONESIA: The Rise of Women in Politics
GREECE: Memoirs Of A Naive Brit In Greece »