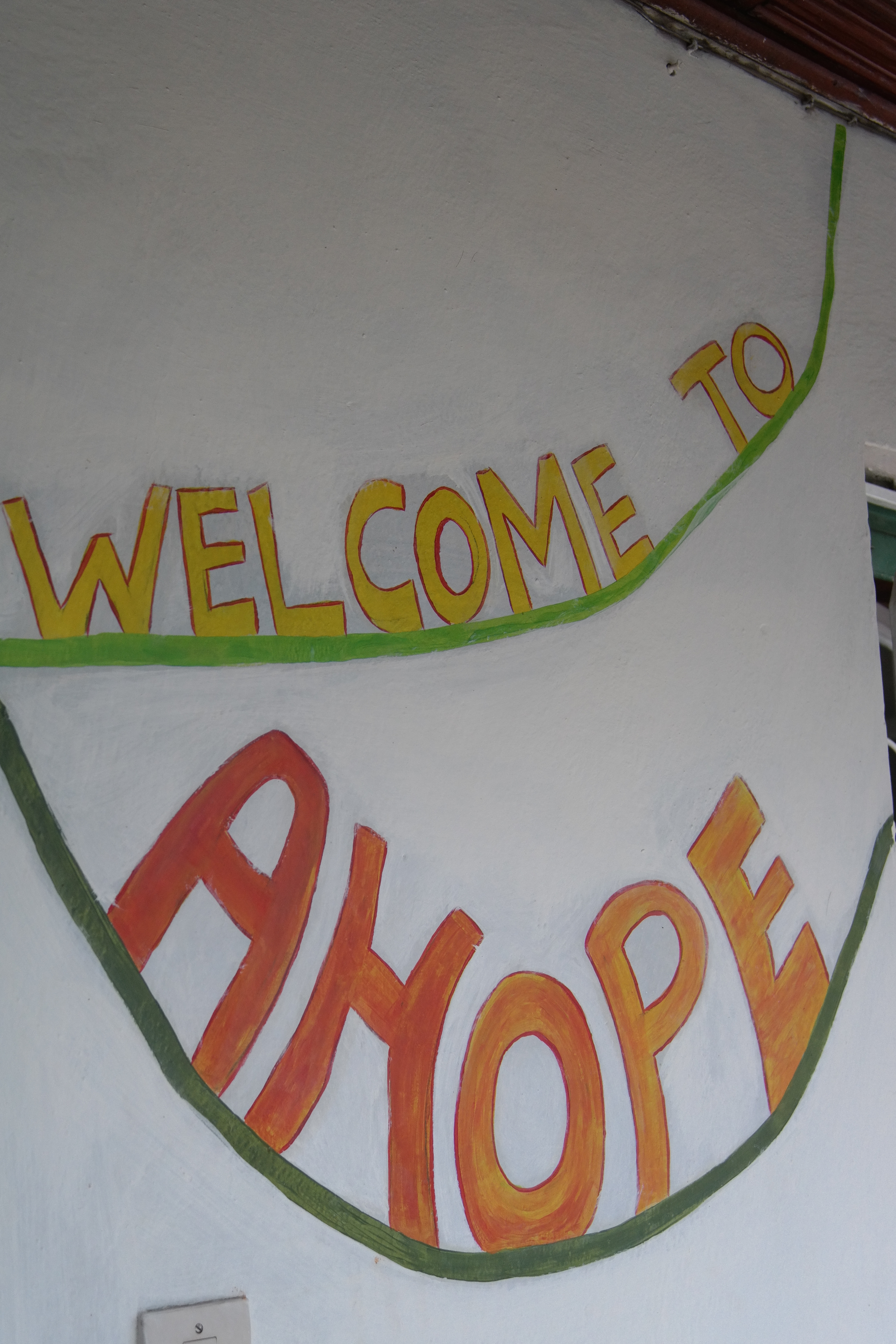 It was a late afternoon in June when Elizabeth Atalay and I, both fellows in Ethiopia with the International Reporting Project, arrived at the nondescript gates of AHOPE for Children on the outskirts of Addis Ababa. The clouds had yet to open up and lash out in their daily angry downpour. But we knew it was coming soon for it was rainy season in Ethiopia.

I had anticipated this meeting for a long time and was a bit nervous about the world I’d see behind those gates. I had heard about AHOPE for Children after reading the powerful true story of Haregewoin Teferra, a middle class Ethiopia woman who dared to help the growing number of abandoned and orphaned children at the height of the HIV/AIDS epidemic in her country. Award-wining journalist Melissa Fay Greene’s book, “There is No Me Without You” opened my eyes and my heart to the difficult lives of orphaned HIV-positive children and now Elizabeth and I were going to meet some of them.

The impact of HIV/AIDS in Ethiopia is nothing short of heartbreaking. It were statistics like these below that inspired Greene to research the plight of HIV/AIDS orphans in Ethiopia and let the tragedy be known.

Per the United Nations, in 2000 Africa was “a continent of orphans.”  HIV and acquired AIDS had killed more than 21 million people, including 4 million children. More than 13 million children had been orphaned, 12 million of them in Sub-Saharan Africa.  25% of those lived in 2 countries: Nigeria and Ethiopia. In Ethiopia, 11% of the children were orphans.

Reading the heart-wrentching stories of the children in Greene’s book left me feeling awfully sad. Yet towards the end of her book, in 2005, the  plight of adults and children impacted by HIV/AIDS in Ethiopia and the rest of the developing world changed. Antri-retrovirals (ARVs) which had been widely available in the Western, wealthiest world, had now become available in poorer countries like Ethiopia. The meaning of being HIV positive changed from being a death sentence to a hope to live. 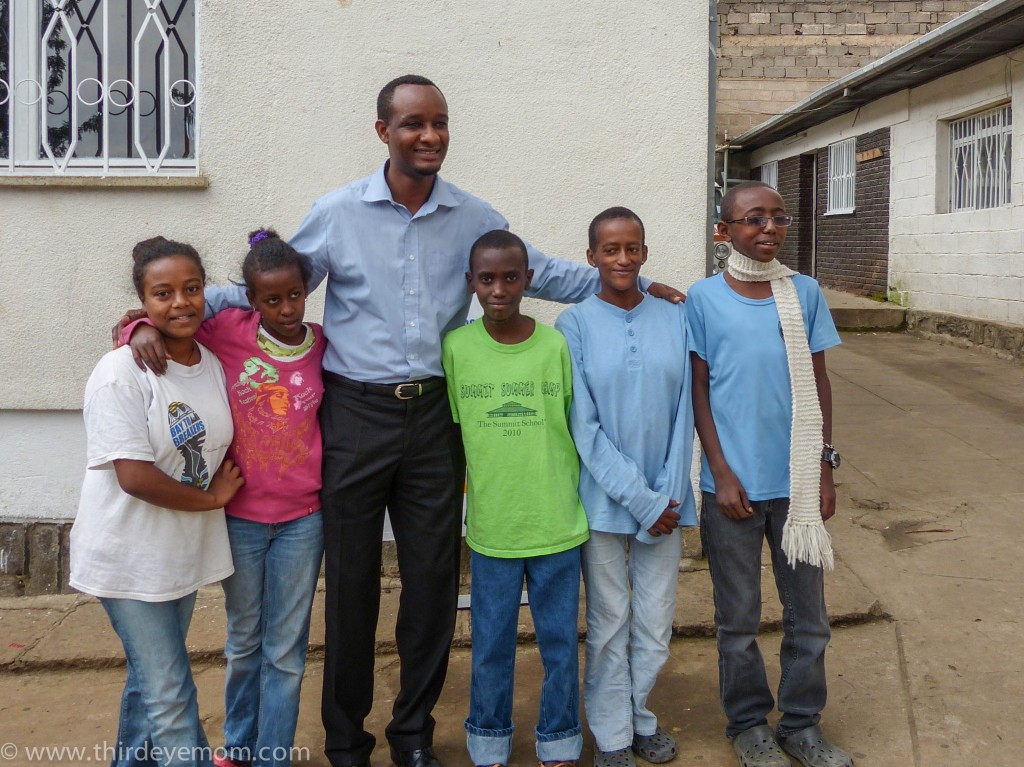 Mengesha, the Director of AHOPE Ethiopia with some of the children.

AHOPE Ethiopia runs children’s homes, Little AHOPE for younger children, Family Group Homes for older kids, Youth Transition Homes for young adults, and community outreach programs for children impacted by HIV/AIDS. The sole mission of AHOPE is to provide these children with a loving, supportive “family” and prepare them for an independent future while also providing care for HIV. 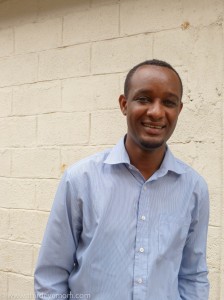 Elizabeth and I met with Mengesha, the Director of AHOPE Ethiopia, at the Little AHOPE compound which is home to 27 children. Currently there are 95 children in AHOPE Ethiopia homes and over 100 children receiving support through AHOPE’s community outreach program.

We entered Little AHOPE to the sounds of children playing outside and were met by several smiles and giggles perhaps a reaction to our blond hair and light skin. At first glance, these children didn’t seem any different than our own. They were playing, singing, jumping and vying for our attention. Yet each one of these children were different as they are all HIV positive, fighting other related illnesses and orphaned.

Our first hour at AHOPE was spent speaking with Mengesha, who has worked at AHOPE for several years and has recently become AHOPE Ethiopia’s Director. Mengesha is a warm, loving man who is passionate about AHOPE and the children. Most of the children at AHOPE are either single or double orphans who have tragically watched one or more parent die from AIDS and has been abandoned with no family member willing or able to care for them. These children have the extra burden of being HIV positive meaning they have many special needs.

AHOPE has a loving, fully trained staff of nurses, pediatricians, care-givers and social workers who ensure each child gets the individual attention, love and care they need. AHOPE aims to provide the children with a sense of belonging to a family and as the children grow, they transition to Family Group Homes. The Family Group Homes are community-based homes run by a “mother” and “auntie” where the kids are integrated into the community. The children attend school, receive their necessary medications, go on field trips and do almost everything else a healthy child would do. Once a child becomes an adult, they move to a Youth Transition Home that prepares 18-24 year olds with independent living.

After Mengesha concluded his overview on AHOPE, it was time for a tour of the home and to meet the children. At first the children were a little bit shy around us however their shyness quickly disappeared as soon as Elizabeth took out her Polaroid camera. The children loved having their photos taken and printed out for them to keep, right before their eyes! Elizabeth was very busy as a queue had formed of excited kids wanting their turn behind the camera.

Meanwhile I got to talk with some of the children and learn about their hopes and dreams. Many of the children had high hopes for their future and all of them wanted to make something out of their life. One teenager said she dreamed of becoming a doctor and helping care for kids like her. HIV positive. Another young boy dreamed of being a teacher. Thankfully, with AHOPE these children all have a hope for the future and an opportunity to be who they want to be.

Some facts on HIV/AIDS and Ethiopia:

▪ An estimated 33.3 million people worldwide are infected with HIV/AIDS.

▪ More than 68 percent (approximately 22.5 million people) of those infected are in sub-Saharan Africa.

These are just some of the staggering statistics on the global HIV/AIDS pandemic.

Estimates indicate that in 2009 in Ethiopia approximately 1.1 million people were living with HIV, with a prevalence rate of about 2.3 percent.

Children in Ethiopia are also profoundly affected by HIV/AIDS. In 2009, nearly 73,000 children under age 15 were living with HIV.

Interested in learning more? Here are some excellent resources:

▪ “There is No Me Without You: One Woman’s Odyssey to Rescue her Country’s Children” by Melissa Fay Greene (This book not only tells the true story of Haregewoin Teferra, it also documents some of the believed scientific origins of AIDS, the development and distribution of ARVs, and the plight of AIDS orphans in Ethiopia. It is an excellent book).

▪ A fascinating documentary that can be watched for free over the internet: “And the Band Played On” again documents the discovery of AIDS, the appallingly delayed reaction to do anything, the development of ARVs and the spread of AIDS throughout the world to become one of the worst epidemics Africa has ever seen.

Author Nicole Melancon was in Ethiopia in June as a reporting fellow with the International Reporting Project.

Like Loading...
« GREECE: New Writer Interview – Ann Marie Wraight
ISRAEL: What Is The Key To A Grateful Life? »