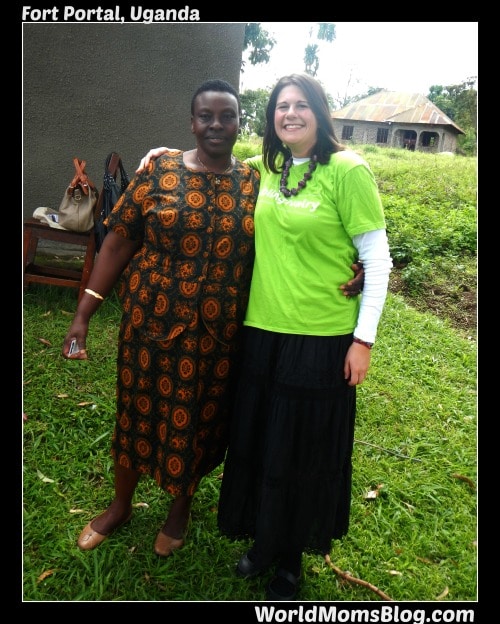 #BLOGUST: A First School Trip to the UN

World Moms Blog has a long history of advocating for global vaccinations with the UN Foundation’s Shot@Life campaign, and we are honored to host a post for their #Blogust campaign going on this month! The goal of the campaign is to raise awareness for vaccinations for the children who need them most. Every comment on this post will unlock one donated vaccine for a child.  And don’t stop there — every social media share counts, too!  You can visit all the posts in the relay at www.blogust.org.

So, tell me now, have you ever experienced any “firsts” growing up that were better than you ever expected or were highly impressionable on who you are today?  Many highly anticipated first experiences often come and go forgotten or don’t really mean anything today in retrospect, right?  But, here’s a story of one first in my life that made an impact, and I admit to even going back for more!  It’s not chocolate, but could have been chocolate, but no, it wasn’t.

Ok, here goes…My age was only 14. I boarded a big yellow school bus to travel to the great big city to my first international summit. And I left with a new perspective on what one person, one child, in fact, could have on the world. This is the story of my first trip to the UN in New York city and how I wound up there as a teenager…

Growing up on the Atlantic coast in New Jersey, USA, it’s common to spend many days on the beautiful sandy shores of my home state and playing in the surf.  What was not to love back then?

The pollution, that’s what.

Back in the 1990s, plastic bags, straws, cans, plastic tampon applicators, you name it — all washed up on our beaches.  Beaches were closed after hypodermic needles arrived on our shores with other hospital waste.  We were swimming in this dangerous mess, and as a species, we were not only endangering our fellow humans, but recklessly damaging a habitat that marine life called home.

The pollution and lack of empathy to preserve our planet drove me nuts!

So, as a teenager I wound up joining a local environmental advocacy group to help raise awareness about the importance to keep our oceans clean and attended their beach clean ups.  At a meeting back in 1990 they gave us the news that the UN would be hosting an environmental summit for youth in New York City.  I had to go — the UN!  The environment!!  Yes!!!

I took the information about the youth summit to my high school principal and made the case that our school should be represented.  On the day of the summit, my school, Brick Memorial High School, had a delegation en route with our amazing science teacher, Mrs. Kingman.

We were wide-eyed while entering the famous main UN room with seats and labels for delegations from each country. It was a place where decisions were made on human rights, trade, embargos, and we sat down and took to playing with the microphone systems (so hard to resist!). We looked around at all the other students, both, similar and different to us.  We didn’t know what to expect from the event, and as it got started, out came speaker after speaker — all kids like us, at the time, from around the world. They spoke of environmental issues affecting the areas they lived in and what was needed or what they were doing to make a difference.

At the UN’s environmental youth summit in the 1990s.

Back in the early 1990s at the UN youth environmental summit, one boy in particular — I remember him being younger than me at the time, maybe 12 years old? maybe younger? — gave a presentation on how the lives of sea turtles in Florida were becoming threatened.  He, on his own, was responsible for saving the lives of thousands of babies by protecting their nests and helping the hatchlings out to sea. Our delegation went from wide-eyed to teary eyed.  He brought the house down in applause and pride for our fellow youth. That moment engrained in me of how one person, regardless of age, can make an impact on the planet. He was an inspiration.

My first experience at the UN was definitely one that was positive and inspiring — a big realization that we were all players in a world much larger than our own hometowns.  And kids could make change, too!  They were even already doing it.  This mindset is something that inspired me as a kid and will continue to impact how I raise my young daughters today and in the future.

As a part of World Moms Blog, I still jump on the opportunity to head to the UN when we’re invited to report, especially around the UN General Summit & Social Good Summit and for the annual State of the World’s Mother’s Report. We have become our own “United Nations” of moms, here! And additionally, in 2012 when I was asked to be part of a UN Foundation delegation to Uganda with Shot@Life, I was honored to answer the call, too, with the same 14-year old excitement I had when attending the environmental youth summit back in the early 90s. Which brings me back full circle for the purpose of this post… 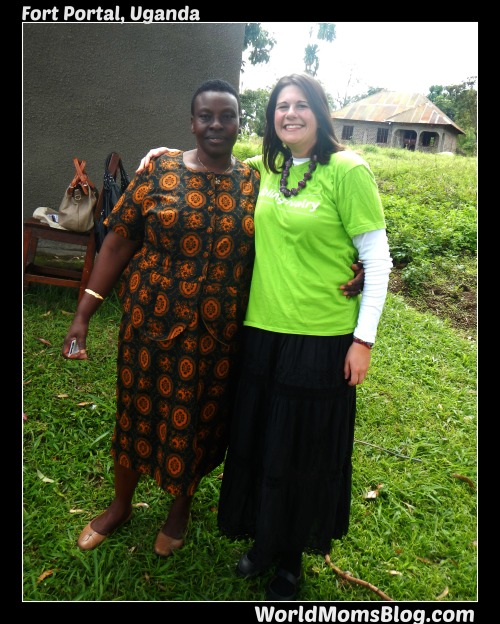 While in Uganda with Shot@Life, I witnessed children receiving life-saving vaccinations at UNICEF’s Family Health Days around the country. We sat under shady trees and spoke with mothers who wanted the same for their children: good health and an education.  We played with lots of children, knowing that because they were being vaccinated against measles, pneumonia, rotavirus and polio (the four deadliest killers of children under 5) that they had a healthier shot at living past their fifth birthday and experiencing more “firsts.”

There is no doubt in my mind that life-saving vaccines are needed in the world.

Every 20 seconds a child dies from a disease that could have been prevented through immunization, which is an inexpensive global health solution to save lives. Healthcare in far to reach or developing areas can be ineffective at keeping a child alive in the event of severe diarrhea or pneumonia. A vaccination can work as a shield to protect a child from even contracting these diseases in the first place. 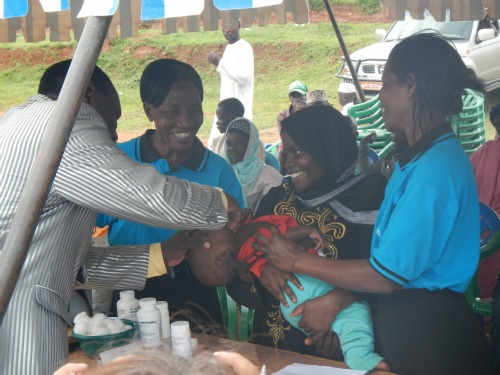 Today, and all this month, you have the unique opportunity to comment on #Blogust posts and help save lives. Walgreens will donate one vaccine to a child who needs it most in response to your comment on this post, those on all the #Blogust posts this month, as well as, any social media shares.

During Shot@Life’s Blogust 2014—a month-long blog relay—some of North America’s most beloved online writers, photo and video bloggers and Shot@Life Champions will come together and share stories about Happy and Healthy Firsts. Every time you comment on this post and other Blogust contributions, or share them via social media on this website, Shot@Life and the United Nations Foundation pages, Walgreens will donate one vaccine (up to 60,000).  Blogust is one part an overall commitment of Walgreens donating up to $1 million through its “Get a Shot. Give a Shot.” campaign. The campaign will help provide millions of vaccines for children in need around the world.

This is an original post to World Moms Blog by founder, Jennifer Burden, of New Jersey, USA.