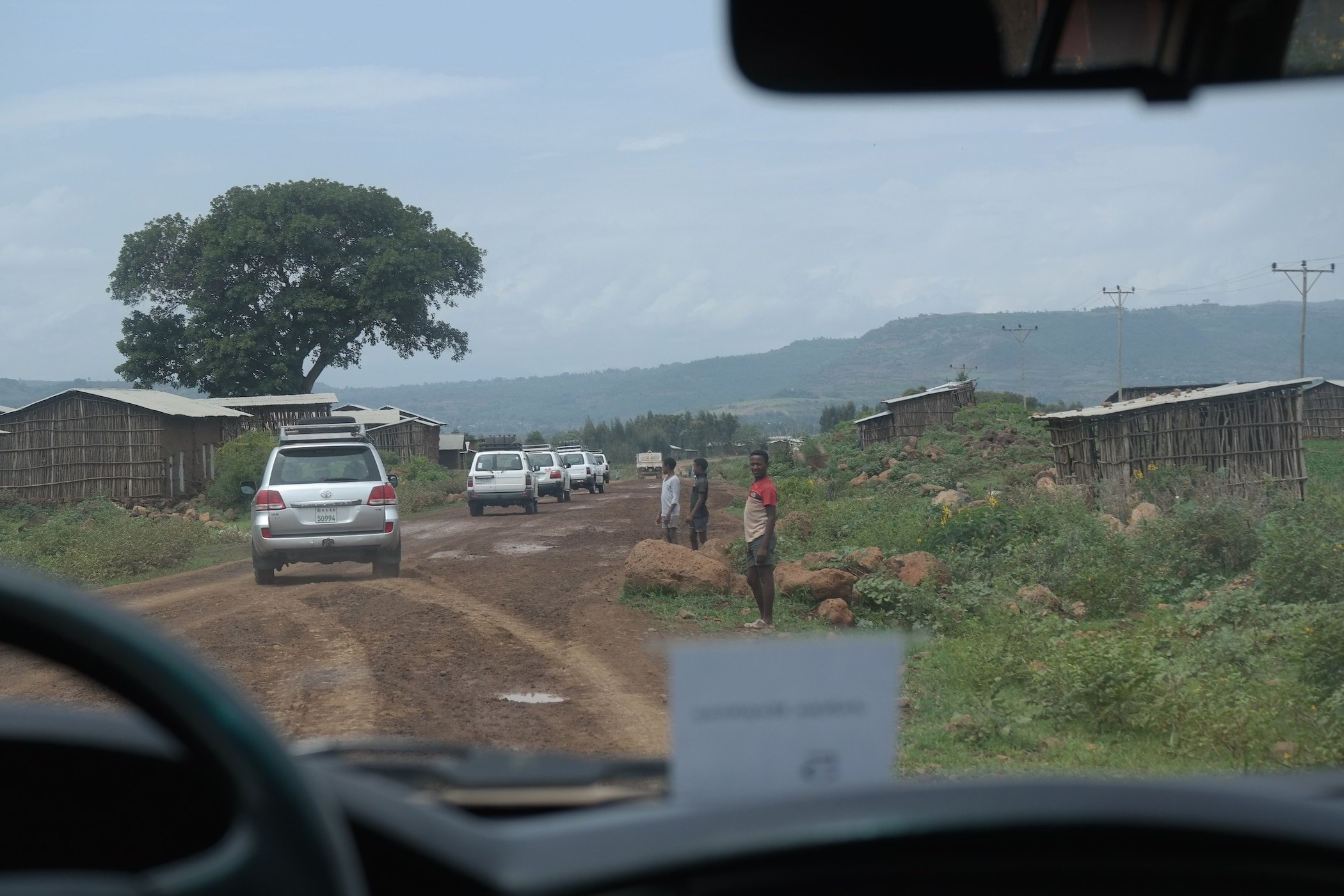 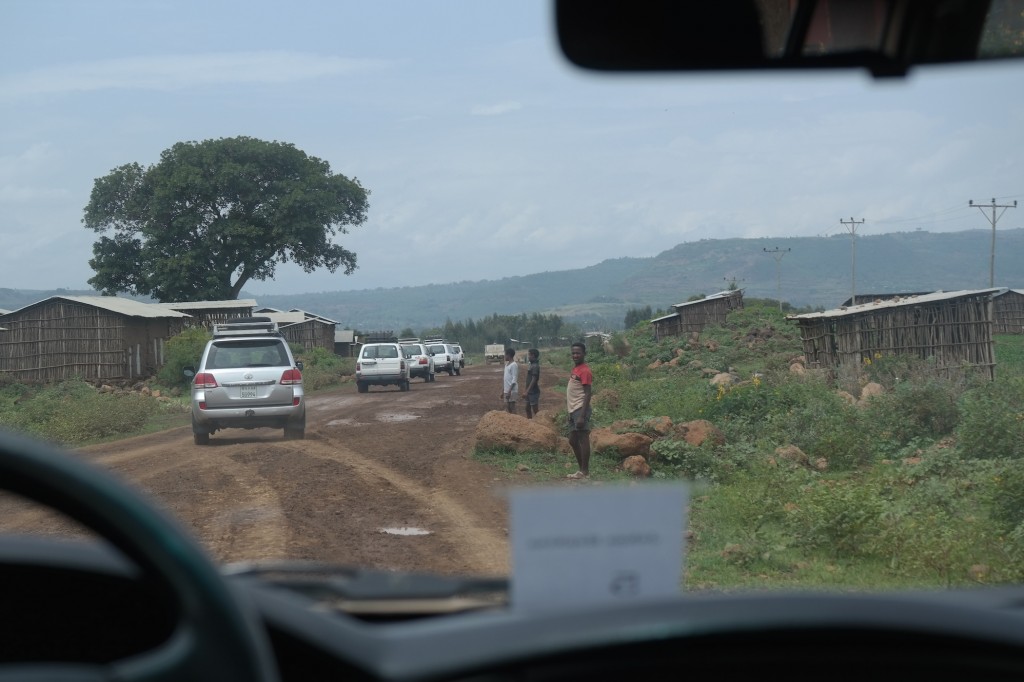 We had just spent the night at the source of the Blue Nile River. Lake Tana sits in Bahir Dar, Ethiopia, and as our caravan of Land Cruisers wove through the countryside from Bahir Dar to Mosebo I took in deep gulping breaths of sweet fresh Ethiopian air. The lush colors of our surroundings looked to me like they had been enhanced in Photoshop in the way that everything seemed to pop.  How could I feel this emotional connection to place that was never mine? A place I had never been?

Though this is my first time in Ethiopia, the verdant landscape brought me back to other rural parts of Africa I’d traveled through in my youth, similar topographies that had stayed with me ever since.  This time I’d returned to the continent as a new media fellow with the International Reporting Project to report on newborn health. World Moms Blog Editor Nicole Melancon of ThirdEyeMom is a fellow on the trip as well, and last week wrote about our initial overview of maternal and newborn health in Ethiopia. Now we were heading to one of the villages housing a Health Post, which serves the local and surrounding population of approximately 3,500 people. 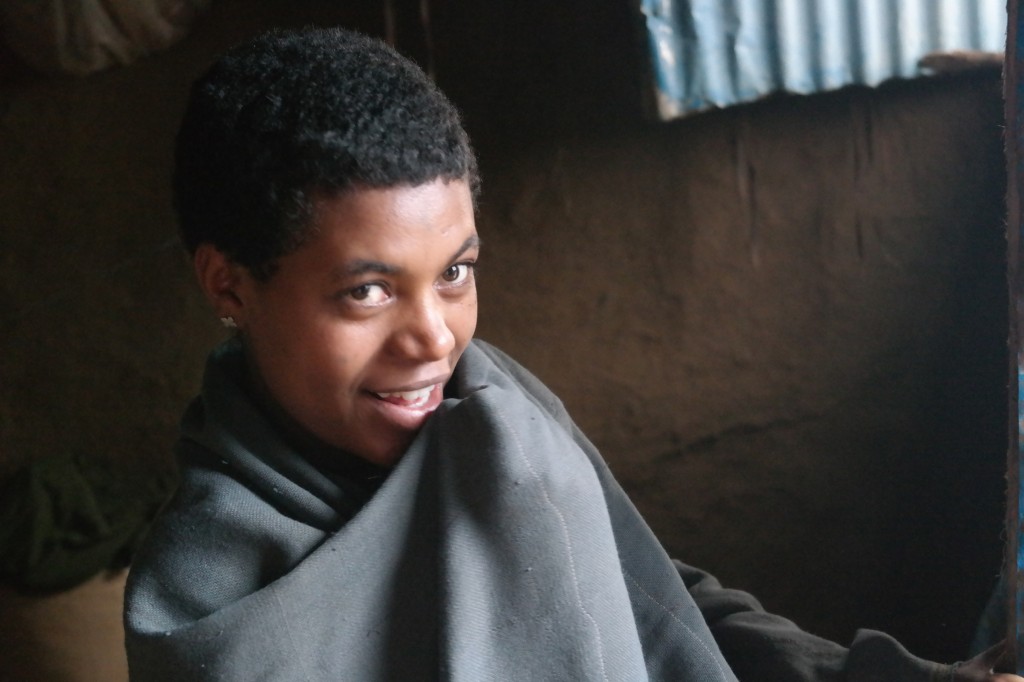 Mosebo Village is part of Save The Children’s Saving Newborn Lives program, and as such is looked to as a model village in the Ethiopian Government’s plan to reduce maternal and newborn mortality.  Mosebo is a rural agrarian community that produces wheat, teff and corn.  There I met seven-year-old Zina whose mother, Mebrate was about to give birth.  Through our translator Mebrate estimated her age to be around 26, and told us that Zina was her first child. For economic reasons she and her husband had waited to have a second.  When she had Zina, Mebrate had gone to her parent’s home to give birth, as women in Ethiopia often do. It is estimated that 80% of Ethiopian mothers will give birth in their home, often without a trained health care attendant. Towards the end of Mebrate’s first pregnancy she went to live with her parents as her family instructed, until after the baby was born.  In that way her mother could help her deliver, could care for her and the baby, and feed her the traditional porridge after birth. Although there were no complications during her delivery, sadly, many young mothers giving birth at home are not as fortunate. The time period during and around birth are the most vulnerable for the lives of both the mothers and babies. The Saving Newborn Lives Program aims to reduce maternal and newborn mortality beginning with awareness programs and antenatal care on the local level at Health Posts like the one we visited in Mosebo. 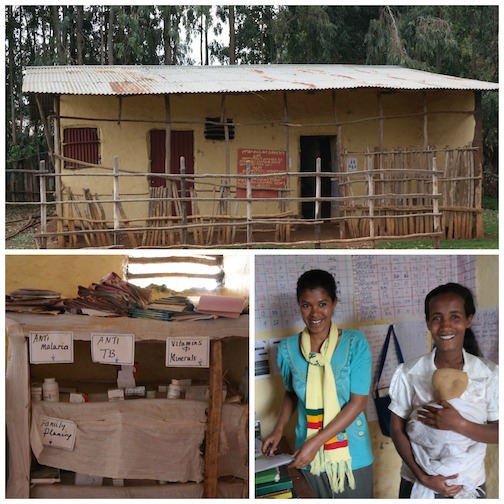 We had met Tirgno and Fasika, the two Health Extension Workers at the Mosebo Health Post earlier that day as they showed us the two room interior, and explained their role in improving maternal and newborn health.  They work to raise awareness in the community about the importance of antenatal care, and the potential dangers of giving birth at home for both mother and child. Newborn health is interdependent with maternal health, and the most prevalent causes of newborn mortality, infection, Asphyxiation, pre-maturity or low birth weight, and diarrhea can often be avoided with proper care.   These days in Mosebo after receiving antenatal care at the Health Post women are then referred to the regional Health Center for deliveries. 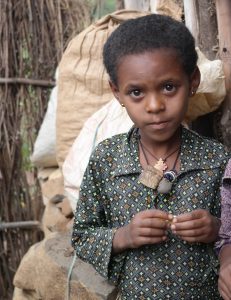 Zina shyly smiled when we ask her how she felt about having a new sibling, she stood straight and tall listening intently as we asked her mother about the babies’ arrival.  When Mebrate goes into labor this time, with her second child, she will embark on the walk along rural dirt roads for around an hour to the nearest Health Center to give birth.

Elizabeth Atalay is reporting from Ethiopia as a fellow with the International Reporting Project (IRP). This is an original post written for World Moms Blog.