That’s the likely fate 276 girls are facing, taken from their schools in the remote reaches of north-eastern Nigeria by the terrorist group Boko Haram. It’s been over three weeks since this started. We don’t what’s happening to them and we all fear the worst.

We’re sickened. We’re outraged. We also have no idea what to do. So, we’re doing what Americans tend to do. We’re taking selfies of ourselves with the #BringBackOurGirls hashtag. We’re tweeting. We’re posting facebook rants. In the lack of anything else to do, we’re signing online petitions by the thousands to make the world pay attention. 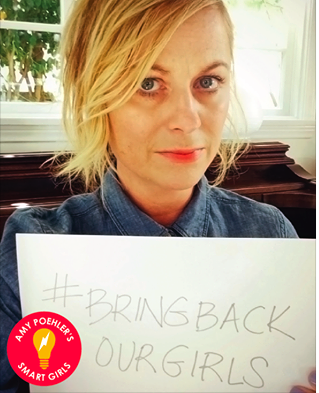 I’m not saying this these are bad actions to take. No! I signed the petition myself. I tweeted #BringBackOurGirls. I liked and shared Amy Poehler’s Smart Girl posts on facebook to help focus the national conversation on them. I was thrilled to hear that the U.S. is sending support and I believe social media was a part of that. But after I did those things, I was still sickened. Still outraged. I still didn’t know what to do.

And then I thought of this girl. 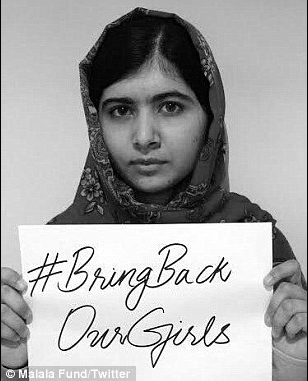 Malala Yousafzai. A Pakistani girl shot in the head by the Taliban at the age of 15 who still fights daily for girls’ education knows a little something about this issue, don’t you think? She has said, “The extremists are afraid of books and pens, the power of education frightens them. They are afraid of women.”

Then, let those men be afraid of me. I am even more dangerous than a schoolgirl with a pen. I’m an educated mother with a laptop. And I’m not just coming after them. I’m coming after their whole oppressive way of life.

The welfare of the kidnapped girls rests in someone else’s hands in the short term, but I advocate against poverty and injustice with an eye for the long term. While we wait and we pray for these girls, shouldn’t we be using this anger and anguish to secure a future for all girls coming after them?

If all children were in school as a normal matter of course, then schools with girls would cease to be obvious targets. That fundamental paradigm shift would be more effective than sending a SEAL Team in to get the girls (even though that is what I dearly want to happen right now) because educated and empowered girls become mothers who raise enlightened sons.

“Our men think earning money and ordering around others is where power lies. They don’t think power is in the hands of the woman who takes care of everyone all day long, and gives birth to their children.” But the men are wrong. Indeed, the hand that rocks the cradle rules the world.

So, what concrete actions can we – as Americans – take right now to hasten this reality? We can start by demanding that our U.S. Representatives pass the Education for All Act (H.R. 2780), which specifically calls out victims of human trafficking as some of the most vulnerable children to help. We can also call on them to sign U.S. Representative Jan Schakowksy’s letter to the Obama administration to fund $250 million over 2 years to the Global Partnership for Education, which aims to raise $3.5 billion from donor governments at a pledging conference this June. With $3.5 billion invested by donors, the Global Partnership can secure an additional $16 billion from developing country governments. By 2018, that investment can support quality education for 29 million children, largely in fragile and conflict-affected states.

As badly as we need the #BringBackOurGirls social media awareness today for the 276 girls we keep vigil for, these two steps are even more needed in the long run to help millions of other girls at risk now and in the future.

So, after you’ve tweeted and posted your selfie on facebook, do not stop there. Click on these links to contact your U.S. Representative about the Education for All Act and the Global Parntership for Education. Tell them that girls are showing incredible courage just to go to school, and the U.S. should support them. Educating all girls and boys will create a world where kidnapping and selling students is not acceptable in any culture on the planet. 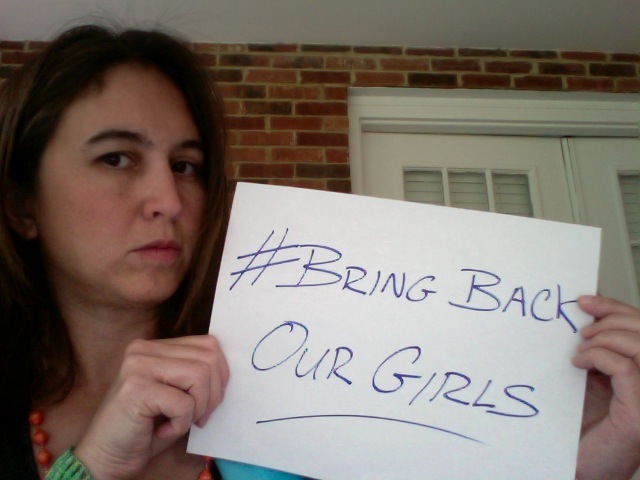 This is an original Post for World Moms Blog by Post by Cindy Changyit Levin who writes the Anti-Poverty Mom blog and is volunteer advocate for RESULTS, Shot@Life and the ONE Campaign.  She can also be found on twitter @ccylevin.

Are you ready to take action?