It’s the kind of thing that keeps you awake at night.

Even if it is not your own child.

On the night of April 14, dozens of armed men showed up at the dormitory of the Government Girls Secondary school in Chibok in northeastern Nigeria.  Dressed in Nigerian military uniforms, they told the girls that they were there to take them to safety and herded the girls into trucks and onto motorcycles.  At first, the girls believed them. But when the men started shooting their guns into the air and shouting, “Allahu Akbar,”  they realized that the men were militants from Boko Haram and that they were in serious danger.

Nearly 50 girls managed to escape by running away or jumping out of the trucks. But as many as 276 school girls (higher than the initial reports of 234) between the ages of 12 and 17 were kidnapped, disappearing into the night without a trace. Three weeks later, their parents still have no idea where they are. And last week reports began surfacing that the abducted girls were taken across the borders to Chad and Cameroon and sold as brides to Islamist militants for 2,000 naira (about $12). While we still don’t know where the girls are or what has happened to them, these reports remain a chilling reminder of the threat of sexual violence faced by women and girls in conflict zones.

One of the worst things in this truly horrible story is that the girls who were abducted were targeted simply because they were exercising their right to go to school.  Throughout the world, there is clear evidence that education is the key to reducing poverty for women and girls.

Access to basic education for girls has remained low in Nigeria; the northern region where these girls lived has the  lowest girl child enrollment —in 2008 the net enrollment rate for girls into secondary school was only 22 percent.  The girls (who were both Christian and Muslim) at the Government Girls Secondary School in Chibok must each have been determined to get an education in spite of tremendous odds.  The fact that these girls were also risking violence to be in school illustrates how important the right to education was to each of them.

For more than two weeks, the Nigerian government failed to take effective action to find and rescue the abducted girls.  The lack of government response has provoked outrage in Nigeria. Last week, several hundred participated in a “million-woman protest march” in Abuja, Nigeria’s capital to demand that more resources be put toward finding and securing the kidnapped girls. The protesters in Nigeria are joined on Twitter with a growing movement under the hashtags #BringBackOurGirls, #BringBackOurDaughters and #234Girls.  Finally, international media outlets are paying attention to the story.

While it is ludicrous that it took more than two weeks of pressure from both inside and outside Nigeria to finally bring about action, there are signs that the increased international attention is having some effect.

This week, President Goodluck Jonathan met “through the night” with security, school and state officials and issued a new directive that “everything must be done” to bring back the abducted girls.

We at World Moms Blog stand in solidarity with the girls and their families.  It’s time to #BringBackOurGirls!

Here’s what you can do:

Use social media to spread the word about the situation in Nigeria. Put massive pressure on the government, security forces, and the neighboring governments to spur them to action. Use the hash tag, #BRINGBACKOURGIRLS. Change your profiled picture to Bring Back Our Girls. 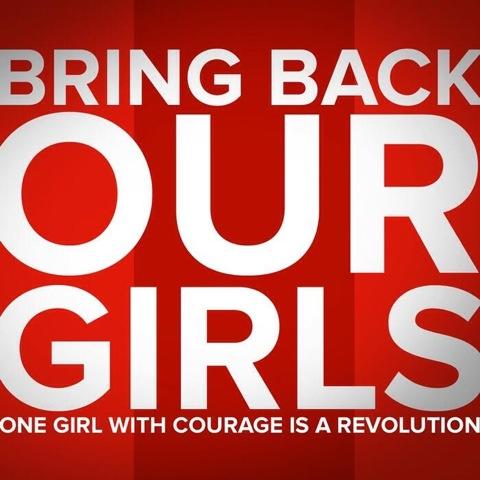 This is an original post to World Moms Blog by international human rights lawyer, Jennifer Prestholdt, of Minnesota, USA.

Like Loading...
« BELGIUM: Mother’s Day? Not in Antwerp…Yet.
DEMOCRATIC REPUBLIC OF CONGO: Some Things Sound Better In French »