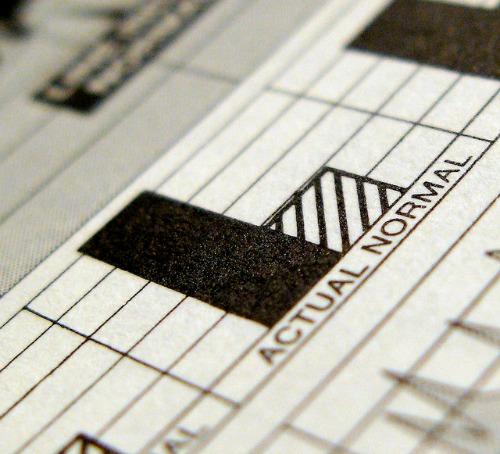 Growing up in Illinois, when I was in elementary school, it was commonplace for our school to have several emergency drills in case there was a tornado. We knew to hide under our desks and cover our heads with our hands and wait until the drill was over. The thought behind the drill was that we would be ready if a disaster ever struck. We followed up with fire drills as well. We prepared for what we knew could happen but hoped would never happen to us…

A few months ago, my children came home from school with a note in their backpacks saying that the school was going to do a lockdown drill in case of a possible shooting or other random act of violence which could take place while the students were there.  The day of the drill, my children came home and told me they practiced hiding in their classrooms with the lights off and being silent until the teachers told them it was okay to move and talk again. The children who happened to be in the bathroom at the time of the drill were instructed to stay in the bathrooms until a teacher came to get them. It was explained to my children, as well as the other students, that they had to stay completely silent in case someone ever came into the school with a weapon and wanted to hurt the students and teachers.

My five year old was a little nervous when she was telling me about the drill, and she asked me why anyone would ever want to hurt her or her friends.

It was hard for me to look at her without tears welling up in my eyes. I didn’t want her to be even more nervous than she already was, but at the same time, she was finding out that there really is evil in this world that I cannot keep her from knowing.

I began thinking about school violence and if this is something relatively new, or if it is something that has happened for a very long time. Are we just knowing more about it with the help of television and social media? I searched online and according to Wikipedia, school violence has been in our country since 1764. According to this site, the instances of school violence really increased in the 1950’s and has continued to grow.

As a parent, I am grateful that the school is keeping the students safe as their number one priority. But, I also find this frightening, and it makes me angry and sad all at the same time that now this has to be a discussion with my kindergartener and second grader…just like the conversations about fire safety, nutrition, bike safety, etc.

It is an uncomfortable and scary conversation to have, but one that we must have with our children…not when they are older….but right now.

Like so many parents, on December 14, 2012, I was shaken to my core with horror and grief that 20 first grade students were gunned down in their classroom with their teachers. My son was in first grade last year, and I kept thinking in my mind how that could have been his classroom. If it could happen to that school, it really could happen anywhere. I never told my son or my daughter what happened that day, and they still do not know. But since the drill at school, they do know that something bad could happen. I would be lying if I said I didn’t say a quiet prayer each morning when I drop my children off at school that they stay safe and I will see them in the afternoon when I come back to pick them up.

So, as my daughter looked at me, I told her that there are some people who are very sad and very sick. Those people don’t know what they are doing is wrong, but sometimes there are people who want to hurt others. I told both of my children that they must listen to their teachers at school and do whatever they tell them to do. I also told them that the teachers are the moms and dads at school when I am not there, and they will always be there to help them. I explained to them if anything like that ever happens at school for real, they need to put their hands over their heart and know that Mom and Dad love them very much and say a quiet prayer to themselves in silence. If they are ever in a situation like that, I want them to remember how much my husband and I love them.

I pray that nothing like that ever happens to my children, but if it ever does, the thought I want in their heads is that they are loved and cherished. I want to think that if anything ever did happen to them, that they did exactly what I said and I can seek comfort in knowing they were thinking of us and knowing we love them.

I know this is a very deep conversation to have with our children without scaring them and still making them feel safe at school, but it is one that we need to have with our children so they are aware and understand how important it is to listen to their teachers during these drills. I know that the statistics say that there is such a low probability of an act of violence in our schools happening, but it doesn’t mean that we should be unprepared for if it happens. It seems that this has become “the new normal”.

Have you talked with your children about violence at school? How have you explained it to them?

This is an original post by Meredith. You can read more about her life as an expat in Nigeria and her transition back to the U.S. in her blog www.wefoundhappiness.blogspot.com.

Photo credit to Kevin Dooley.  This photo has a creative commons attribute license.

Like Loading...
« PHILIPPINES: An Open Letter To The Mom Who Wants To Do It All…
AUSTRALIA: Who Will Protect Them? »