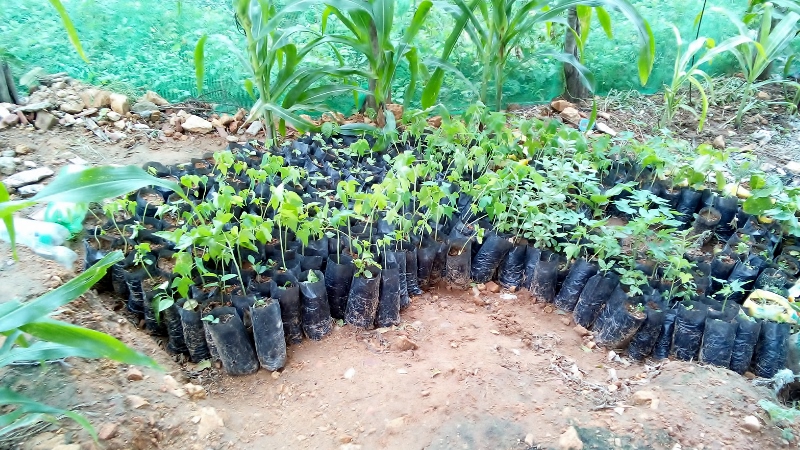 “Universal access to water is a right to all and now it is just on our doorsteps” said farmer Celia.  I was traveling as a International Reporting Project Fellow, and we had just arrived in the semi-arid city of Cumaru, in the North-Eastern state of Pernambuco.

We had lunch at Joelma’s place who is a farmer in Cumaru. She made delicious rice, palma salad with lots of vegetables in it (a variety of sustainable cacti, native to the lands and which is used to feed both livestock and people). And then we went to her sister-in-law, Celia’s farm. Celia is also a farmer.

When Celia was six years old, she used to go downhill and carry water back up to her home in pots and buckets, and she recalls them being very heavy.  When she cajoled her father, he sometimes let her use a donkey to bring it back home. This, the six-year-olds woke up at 3 AM every day to do. I have an 8-year-old at home, and I cannot imagine giving him such a life.

Today though, she is grateful that she can give her own two-year-old, a better life, thanks to the Cisterns project.

The average rainfall in these semi-arid lands varies from 200 to 800 mm, which is very irregular for habitation. Moreover, the amount of evaporation in these lands is three times higher than the rainfall. Hence it becomes even more important to capture the rainwater for families during the dry season. This is the concept of the Cisterns project.

The ASA (Articulation Brazilian Semi-Arid) is a network of social organisations operating in the Northeast of Brazil which aims to “empower civil society to build participatory processes for sustainable development and cope with the semi-arid land based on cultural values, and social justice.”

ASA was born from accumulated experience of organisations and social movements that have worked for years in the perspective of living with the Semi-arid climate. In 1999,  the ASA presented a joint project for the Semi-arid to the society and the government, and thus the Articulation became a network.

In 2003, ASA launched P1MC (Program One Million Rural Cisterns), which aims to build 1 million water reservoirs to meet the needs of 5 million families. Currently there are 500 thousand reservoirs and the program has graduated into a public policy adopted by the Federal Budget.

These water reservoirs or cisterns are of two types. Every family has cisterns with a capacity of 16,000 litres of water for domestic use and another of 52,000 litres of water for farming and livestock use. The technology employed here is called social-technology and basically collects water from the rooftops and harvests the rainwater. The families are given a course in water management and are also requested to take a course in farming in semi-arid. 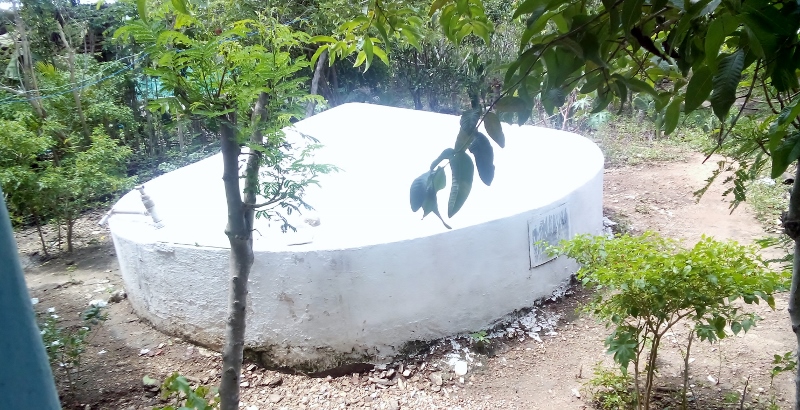 Photo of a 16000 litre cistern by Purnima Ramakrishnan

Celia says, she is now employed and this has brought about female empowerment along with water, and agriculture, all because of the cistern on her doorstep.

She cultivates small saplings and sells it to the other farmers. She grows corn, papaya, oranges, tangerine, beans, cashew, Umbu, tamarind, and many other things. She also sells the produce (though now too much) in the market and to other farmers. Her husband works in construction department in the town, whereas she lives in the village doing her farming with her two-year-old. She hopes to give a better life to her son.

She has been taught in her course to cultivate three types of plants, she says. The first is the native plants which thrives well on the soil of the area with not much dependency, and is more suited to the semi-arid climate like the Umbu. Then the plants which are not suited to the area, like corn, for which abundant water is available from the cisterns. And the third type is the plants for the livestock like Palma. This ensures that the plants give back to nature what they take from it. The soil gets enriched and also nurtures the plants. It is a two-way process. 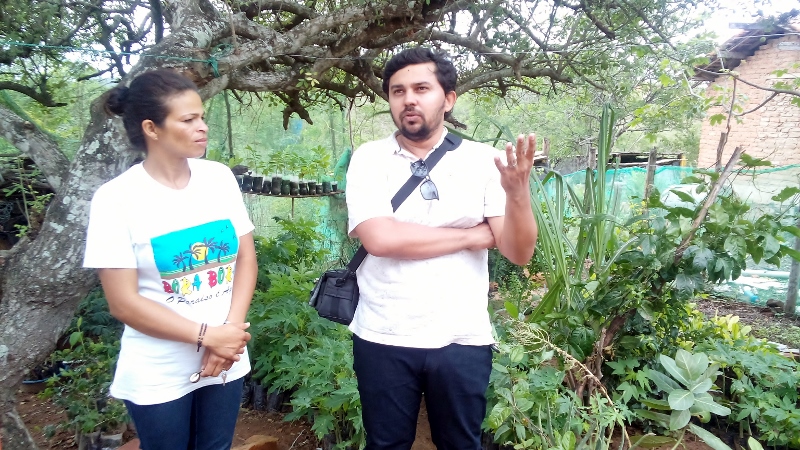 This seed of change stimulated by social organisations that operate in the region have prompted the development of coexistence of half-barren lands with practical goals absorbed by the government to promote sustainable living.

We asked Carlos, the program coordinator of ASA in the region, “Is this a solution for food security?” He said it is much more than that. It is a solution for independence, female empowerment because of employment in one’s own farm, it is a way to make the semi-arid a much greener place to live, it is a solution to democratize water, and make it a universal right, not a consumer product. 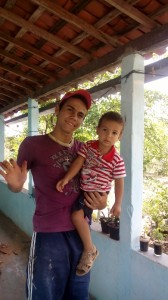 I remember that water was more expensive than beer in my hotel. And I now knew why! One should not pay to have to drink water, he said.

This concept can be embraced in many developing semi-arid regions.

On this Earth Day, let us pledge to make our cities greener and conserve water. Let us spread such buds of change through social media, and other channels.

How do you plan to honor this Earth Day?

This is a post written by Purnima Ramakrishnan on her #BrazilMDGs trip to Brazil as a fellow of Journalism with the International Reporting Project.