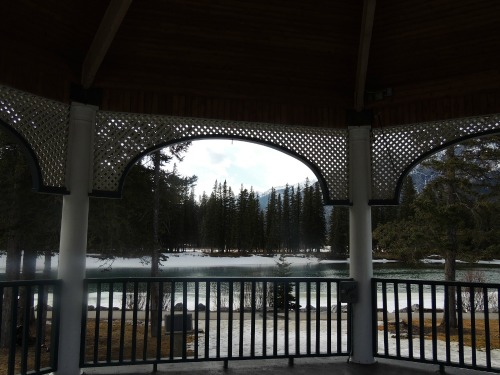 We read about it as young children in folklore and fairy-tales. If we grew up in religious homes, we were taught about various aspects of it, without a full understanding of what it all meant. While I have a different outlook at this stage in my life, I try to shield my children from the pain of it. We can all agree that death (or the idea of dying) is scary.

In January 2010 I became a Peer Infant Loss Support Worker; two months later I was pregnant with my first Rainbow baby. Last year I applied to volunteer at a palliative care facility. Having dealt with loss, being younger than most of the volunteers, and since I was going through the process of grieving my infant son who passed away in 2009, the coordinator was sure that I was just what the program needed. Interestingly, I became pregnant soon after. Call me superstitious, however, at this point, I came to one conclusion – I’d had enough with death – I needed a break. I quickly resigned.

While my resignation was totally unreasonable and my actions irrational, I never looked back until I gave birth to a healthy baby girl. After the death of my father in 1993 I began thinking about death; but it wasn’t until the death of my infant son that I began searching, speaking and learning about the practices, rituals and beliefs surrounding life and death. For instance, before my son’s death, I knew nothing about Islamic burial practices. My husband, who had been to a couple of funerals also had no idea what to do. Our lack of knowledge, coupled with grief made it extremely difficult to process the practice of what was being done and why.

It was not until after the death and burial, that I truly began to understand the Islamic view on death and dying. Muslims believe that human existence continues after death in the after-life, and that we are judged on our actions from this life. We are taught to prepare for the after-life by doing good deeds in this life. Upon death, the corpse is washed by family members, shrouded in a white cloth, buried on its right side, with the head facing Mecca.

After our experience I began to ask questions about death and dying. While I am by no means an authority on these practices, I have connected with many women who have shared their experiences. In our dialogue, I have learned about Tibetan Buddhist rites of passage and the Tibetan Book of the Dead, various Christian ideas like Catholicism’s idea of purgatory and resurrection. I also learned about practices, like Balinese Hinduism death towers and the Jewish ritual of Shiva.

Death is frightening. Words like eternal life and afterlife can be comforting and scary simultaneously, especially for those of us who connect these words with thoughts of retribution and judgement. A few years ago, a Social Worker noted: “…parents aren’t supposed to bury their children.” I’ve heard this before, but I don’t really believe or subscribe to this thought. I learned that life is a journey, and we are all here for different reasons. Sometimes our road takes us farther than others.

So has my experience with burying a loved one made it easier for me to swallow the concept of my mortality? Has my cross-cultural knowledge made it easier to speak about it? Not really. Without a doubt, death is central to our existence. I am not blind to the reality of it, especially when it seems imminent (watching a friend or family living with serious diseases), but I don’t want to deal with it unless I have to.

What practices/beliefs about death and after-life do you hold?