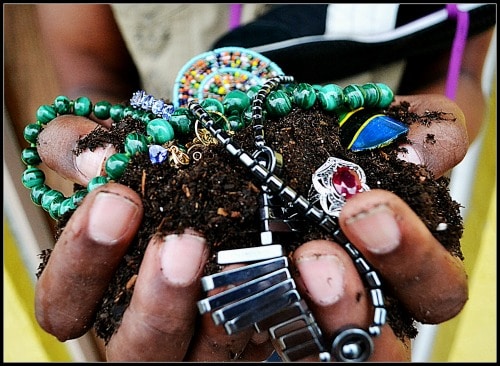 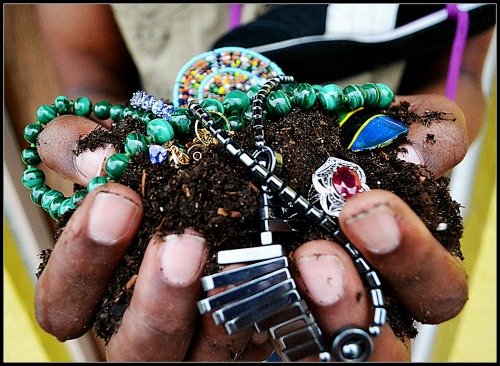 “Hey bro, vipi? How much for these shoes?” I ask the second-hand market vendor.

“Ah! Those, for you, those are $30 U.S.dollars,” he responds with a tone indicating that he’s giving me a deal. He didn’t know I was Tanzanian, maybe because I hadn’t yet spoken more than a few words in Kiswahili. Words that any foreigner who cared to find out would have known.

“$30?! I can get a new pair of shoes in the U.S. for that amount!” I say in return, flabbergasted by the price this man just gave me.

After a few minutes of haggling, going back and forth about the quality of the shoes, and his realization of my nationality, we do not close the sale of these shoes, but commence having a very important conversation about the poverty of Africa.

I will call this man Peter, as I do not recall his name.

As I talked down the price of the shoes, Peter said things like, “You people have money!” and “Come on, you can pay this amount easily.”

When Peter and I started talking (immediately after I decided not to purchase the shoes), I asked him his reasons behind hiking prices up so high for foreigners. He simply said, “Because we are poor here in Tanzania, and in Africa, so I have to try to earn money some way, and you guests have the money.”

Initially I was taken aback by how simple, direct, and fast his response was. Then in a flash I saw glimpses of people from various places in Tanzania…people I had met over the years…people who in one way or another had mentioned the same thing: “We, Africans, are poor!”

All I could say, in my growing, empassioned voice was, “You really see this as true?” Peter explained how he sees it in the magazines and on TV. He sees foreigners’ heavy pockets (so to speak) when they come to Tanzania; for how could they come all the way here if they didn’t have a lot of money?

I asked Peter if he had heard of Tanzanites. He said yes. Then I asked him if he heard of diamonds, rubies, iron ore, gold, and copper. He said yes. I told him we, Tanzanians, have all of these natural resources in Tanzania! I told him these raw materials are used around the world to make  many things, and some of these materials, such as rare metals and jewels, are sold for a lot of money as a finished product.

I could see that Peter was listening, so I continued talking. I pointed out that we are not poor at all! We have all of these resources, not to mention agricultural resources and fertile land on which to grow crops that would be enough for more than Tanzania’s people! Nevertheless, many Tanzanians have the mentality of being poor. Why is it? I surely see the state in which we live, but why is it that way? Is it the way government leads us? Is it because private foreign entities are allowed to come to Tanzania and exploit the land of its raw materials and not pay us much of anything? Is it because we do not know the skills used to profit from our own land? What are we doing about it? Why don’t more of us stop to think about the situation and feel incensed enough to speak about it in large numbers?

Peter thought that although he owned a small one bedroom home in the outskirts of Arusha town, he was certainly poorer than every foreigner that ever visited Tanzania. I realized at this moment that we had to discuss what the real situation is in the ‘foreign countries’ he was referring to, namely the United States of America. This conversation actually saddened me for various reasons. I was sad by the reality that most Africans only know America to be what is shown on African television: glitter & gold. I was sad by the fact that most Africans believed they were poor and did not see all the wealth right underneath their feet (literally…in some regions).

Sad is the state of Americans in the U.S. who rely on credit to get by. These Americans have debts upon debts, living in a society that encourages living above one’s means with the option of borrowing non-existent money, and repaying it with actual money and interest. But see, Peter didn’t know any of this! I had to tell him.

Peter had to know that although there are rich Americans who travel to Tanzania and Africa without much consideration to the total cost, many of the tourists had a very different story. Peter had to know that this higher percentage of tourists either saved money for this trip over the course of a few years; or waited for a tax refund check to come, or used a credit card to purchase the airline ticket and would be repaying it for the next three years or so! Many of these tourists live on credit: their homes, their cars, the clothes they wear, the food in their refrigerator…most of this is purchased on credit and not owned!

“Peter”, I said, “Do you see how even though you only have a one bedroom home, a bicycle, and a small second-hand business, that you are actually richer than most of these guests?” He nodded and exclaimed, “Yes!! I understand.” All of what you have is small compared to the large amount of resources of this land of yours, this…Tanzania, but how can you say you are poor? We have to figure out a way to change this ‘I’m poor’ mentality in Africa, with the ‘I am rich and I have many resources which I can use to better the state of living, and the economy of my country and continent’ mentality! We must see the worth in ourselves, and we must see Africa’s treasure!

I believe Peter had to rethink his pricing tactics and I hope he began thinking about how to enrich Tanzania and Africa as a whole.

Have your travels taken you to resource-rich places where you have seen poverty first-hand?  Did you learn if there were any efforts being implemented to help people improve the state of living for those in poverty?

Sophia is one of our newest contributors in North America. You can find her blogging at Think Say Be and on twitter @ThinkSayBeSNJ.