Today, we have a special guest post by a Ukranian mother living in the United States, Olena Centeno, of Bilingual Kids Rock. Olena opens the window and lends us her personal perspective to the current events in Ukraine… 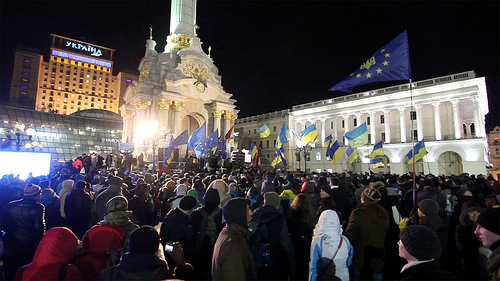 As a Ukrainian, I grew up speaking two languages: Russian and Ukrainian. I ate Ukrainian borsht for lunch and Russian pelmeni for dinner. I love Tchaikovsky’s Sleeping Beauty and Carols of the Bells by Leontovych. I am raising my own children trilingual in English, Russian and Ukrainian. In fact, the two cultures (Russian and Ukranian) are considered so close, that if an Ukrainian abroad says s/he is from Ukraine people often say “Oh, so you are from Russia?”

What’s going on between Russia and Ukraine?

With Russian troops moving across the sea into Ukraine’s Crimean peninsula, a lot of Westerners are starting to ask this question.

The current conflict in Ukraine is more than three months old. It began with a peaceful demonstration on November 21 at Independence Square (Maidan) in Kiev, the capital of Ukraine, when the (now ousted) Ukrainian president (Yanukovich) hesitated to sign an Association Agreement with the EU. This had been one of his major election promises and in breaking it he ignored the desire of millions of Ukrainians.

During the past three months, the “EuroMaidan” demonstration has grown into a much bigger movement. It started as a response to the failed EU deal but then truly turned into a movement against the corrupt government of president Yanukovich, who moved to keep Ukraine in long-lasting and very painful economical ties with Russia.

Then, after the government passed harsh, anti-assembly laws, it became about the basic human right to be able speak and think freely without being punished for it.

More than a hundred lives were lost and thousands injured during violent attempts to remove the demonstrators but people did not leave the cold streets of Kiev. More freedom fighters came from all over Ukraine to support them. Many other Ukrainian cities stood up as well. After three months of struggle, Mr. Yanukovich was impeached and left Ukraine (he refused to sign a resignation; he just ran away). His presidency was considered illegitimate and a new, temporary government was elected.

As Ukrainians were mourning over lives lost and looking into the future with great hope to build their country on principles of trust and freedom, a new enemy emerged: Informational War.

Along with Russia, Eastern Ukraine—where the majority is Russian speaking—is dominated by Russian-language news from the Russian media. Unfortunately, the Russian media coverage of events that have happened over the past three months is falsified [and full of propaganda].

Now, after the armed occupation of Ukrainian territory in Crimea by Russian troops, the reason for their untruthful reporting is understood: Creating social opinion in Russia and Russian-speaking Ukraine justifies military intervention into Ukrainian territories.

Personally, I think Mr. Putin has an imperialistic plan to be the most powerful ruler in modern history—politically and financially—and he will stop at nothing to add Ukraine to his control. 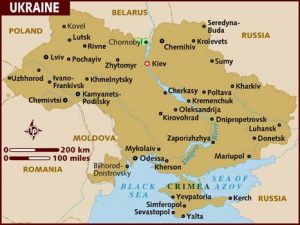 The following are all lies that have been spread by the Russian media leading up to the invasion of Ukraine by Russian troops:

Despite violent clashes, most of Kiev stayed peaceful throughout the demonstrations. The day-to-day lives of residents were largely unaffected outside of Independence Square and the areas immediately surrounding it. Very little of Kiev or the surrounding countryside was damaged or disturbed by the protests.

I know this because I called my family and friends every day. My nephews were going to school as usual, most of the people attended work on a daily basis, and all shopping malls and grocery stores were working (except for a few in the middle of the protest areas downtown).

The vast majority of protesters were ordinary citizens tired of a government that they viewed as corrupt and unwilling to listen to the people. There were no fascist elements leading the demonstrations, and there are none leading the new government.

Many of the people I know personally were in Maidan: teachers, IT professionals, doctors, stay-at-home moms, businessmen, university professors, hair stylists and many others. People I worked with and went to school with. And no one will ever convince me that they are fascists.   My daughter’s god-father is a surgeon and worked days and nights protecting the health and saving the lives of many.

3. FALSE: The New Government Will Force All Ukrainians to Speak Ukrainian

This is a particularly effective myth for Russian-language media, since it appeals directly to the people who would be most affected. Language has long been a contentious issue in Ukraine. Claims that Russian will be abolished are being used to generate anger against the new government.

The Ukrainian parliament voted to repeal a 2012 law allowing the establishment of minority languages as official state languages in individual provinces on February 23, 2014 but acting President Oleksandr Turchynov vetoed the move. Russian is currently recognized as an official language, is legal for state use in several Ukrainian provinces, and is guaranteed state protection “in all spheres of public life” in Crimea specifically.

I speak Russian and Ukrainian to my children here in the USA. I see language first and foremost as a tool for communication — and shame on any politicians who use it as a reason for war.

4. FALSE: Ukrainian Demonstrators Have Been Attacking Russians or Russian-Speakers

Another unproven and untrue claim widely circulated in Russian-language media is that the Euromaidan protesters were deliberately attacking Russian speakers.

The cruel result is that ordinary Russians – good, wholehearted, educated people – are now eager to help a Ukraine that they think is swamped by fascists! I have family in eastern Ukraine and my god-mother lives in Moscow. They have called multiple times, scared for the lives of my parents in Kiev. They really think Ukraine is in danger.

There is no evidence to support the claim, and nearly all cases of violence during the protest were perpetrated against civilians by security forces. The Euromaidan protests had very little to do with cultural or language issues in general.

5. FALSE: The Berkut and Other Security Forces Fought in Self-Defense

Russian news broadcasts have shown extensive footage of the Berkut and other riot police under attack but nearly none of their attacks on civilians. The reality is that security forces attempted to crush peaceful protests with deadly force, and were barely driven back with improvised weapons like clubs and Molotov cocktails. The superior force and aggression were always on the side of the Berkut.

6. FALSE: The Independence Square/Euromaidan Protests Were Organized by Americans

We joke that EuroMaidan is now supported by Americans because my American husband and I made donations to help supply people with warm clothing and blankets during cold winter months.

I am not claiming that on a political level there is no lobbying of interests from outside countries and unions but once again: the politics of the country and the people of the country are two different things.

The vast majority of protesters were native Ukrainians and ordinary residents of Kiev and the surrounding country.

7. FALSE: Fascism Will Spread from Ukraine to Russia

This is another falsehood dependent on the idea that the Euromaidan demonstrators were fascist extremists. It is being used as a justification for Russian invasion. The Russian government claims it is defending Russian-speakers in Ukraine and its own borders from Ukrainian fascists but in reality those fascists do not exist.

The military intervention is not over. It is hard to say what is going to happen next. There is a lot of talk going on at a very high, political level involving the EU and the US.

But Ukrainians have already had the biggest win in this struggle: themselves.

They proved to themselves that they care:

The revolution was heartbreaking and tearful but as a result, Ukrainians became true patriotic citizens of their country:

For me, personally, it has been a life lesson in how to raise my own children. I have a clear goal to raise multicultural and multilingual children, who respect other languages and cultures and can see our shared humanity no matter how politicians try to divide us.

This is an original guest post to World Moms Blog by Olena Centeno. 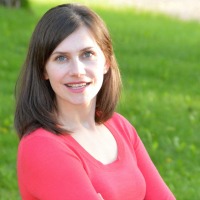 Olena Centeno is a Ukrainian who lives in USA, a happy mom of three wonderful kids ages 2-9 and a wife to the great. She speaks three languages herself and is raising her kids to be multilingual in English, Russian, Ukrainian and Spanish. She founded Bilingual Kids Rock, where she helps families on their bilingual journey. She also enjoys photography and video making as a way to preserve precious moments of life.

You can connect with her at Bilingual Kids Rock.

Photo credit to Oxlaey. This photo has a creative commons attribution license.