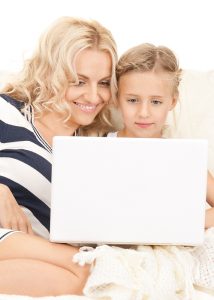 The mere fact that you’re reading this blog post means you have some understanding of social media and how it works. In this day and age you can’t escape the reach of social media, it’s everywhere from Facebook and Twitter to blog posts and everything in between.

Amazing things happen as a result of social media, families tracking down lost family members, people establishing support and advocacy for life changing programs at the blink of an eye, the ability to build and grow friendships and support networks across the world – social media is far reaching and rapid in its results.

As a parent though, social media can and should be terrifying.

For as quick as the good of social media duplicates and creates a movement it can also destroy and damage just as quickly. Reputations, lives, belief systems can all be damaged in the blink of an eye.

I was lucky in some ways, my children were teenagers at the very early onset of social media, so it didn’t impact largely on their early teenage years. As a mother though my mummy heart clenches with what I witness these days on Facebook and Twitter and what I see in the news.

Bullying drops to an all-time low when combined with the reach and anonymity that Facebook provides.

How, as a parent, do you combat this sort of rubbish when most of the time you may not even be aware it is happening? How do schools even get involved with what happens in the cyber world outside the school walls? Teenagers (our babies) are committing suicide because of on-line bullying which is sadly in the news too often these days.

The love of selfies and intimate photos which are shared on Facebook and Twitter amongst tweens and teens (and let’s face it even amongst adults). Something which is done on a whim, or a moment of little thought and once released are out there and never to be reined in again. 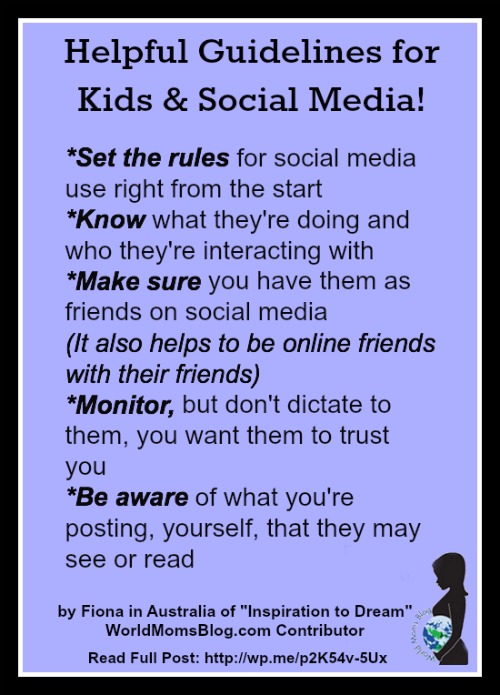 Future employers can locate this information, in fact anyone can access this information if they know where and how to look. No person should ever think that what they post is between them and their ‘friends’. I don’t know how many posts I see from parents and teachers posting messages ‘to prove how fast it can spread around the world’ to warn their children.

I read the most amazing post the other day by a mother which she sent to the friends of her child, I don’t know this woman nor her children, but boy did her post hit home and make me realise how important this new element of parenting is. I applaud this show of brave parenting.

I’ve always had  my children as friends on Facebook, so that I know what they’re posting and what they’re doing. It’s not always an ideal solution because middle son has a tendency of un-friending me when drama is happening in his life. This is a warning in its self and now that he’s 20 I don’t have as much control, but at least it makes me ask questions.

This is an original World Moms Blog post by Inspiration to Dream of Adelaide, South Australia. Fiona is the writer of Inspiration to Dream and can be found writing or reading with every spare moment that isn’t filled up with work and her three boys, and of course with a bit of spare time thrown in for hubby as well.

The imageID: 3625818meets the download and usage requirements for Cliparto