In 2000, 189 nations made a promise to free people from extreme poverty and multiple deprivations. This pledge turned into the eight Millennium Development Goals, and was written as the Millennium Goal Declaration .- United Nations Development Programme

The goal of MDG #7 is to ensure environmental sustainability.  This month we are thrilled to continue our #Moms4MDG campaign  by joining forces with Esquel Foundation in Brazil. 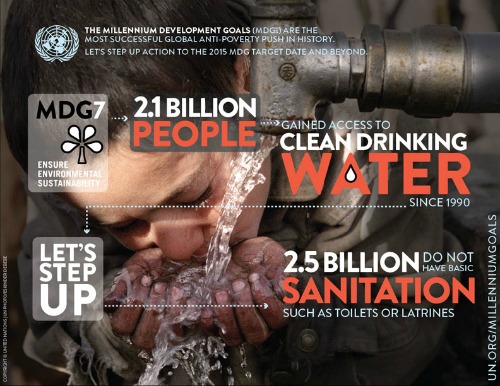 The goals of Millennium Development Goal # 7 are:

To tackle MDG # 7 we have partnered with The Esquel Foundation:

The Esquel Group (EG) is a private non-profit organization founded in 1984 and dedicated to stalwart citizenship as the common element in sustainable democracy and sustainable economic development. It is a member of the Grupo Esquel network with associate entities in Argentina, Brazil, Ecuador, Honduras and Uruguay. Its focus is strongly—though not exclusively—Latin American. It receives its support from contracted work and from donations from private, public and multilateral sources.Through seminars, presentations and training programs EG promotes national policies as well as grassroots initiatives dedicated to social inclusion and sustainable development. It fosters inquiry and action towards self governance and greater citizen engagement in public life, particularly at the local level. EG organizes a periodic policy seminar in Washington DC and conducts training on social entrepreneurship for community development, with particular focus on practices for strengthening the structure and functions of civil society networks, deliberative democracy and conflict management skills.- www.esquel.org

Meet us over at the Esquel Group blog today to read the guest post by World Moms Blog contributor Andrea Steiner! You can read her full post, here:

We will be co-hosting our#Moms4MDGs Twitter Party with Esquel Foundation, Girls Globe, and Multicultural Kid Blogs tomorrow, February 19th from 1-2pm EST to talk environment, so please join us! 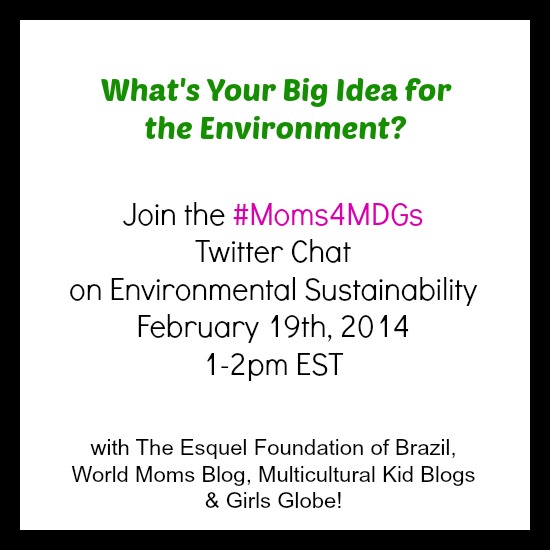 P.S. Never been to a twitter party before?  Go to www.tweetchat.com and put in the hashtag: “#Moms4MDGs during the party times. From there you can retweet and tweet, and the hashtag will automatically be added to your tweets. You can view all of the other party tweets at that hashtag as well!

This is an original post to World Moms Blog by World Voice Editor, Elizabeth Atalay of Documama in Rhode Island, USA.